Earlier this year I wrote about my participation in International Threads, a group of eight artists in four countries.  We had our first public show last week at the Prague Patchwork Meeting, and I'm just off the plane coming home from that visit and other stuff in Europe.

When we formed the group two years ago there was some discussion about what kind of work we wanted to do.  I said I wanted the themes or prompts to be sufficiently open that I could use these small pieces (16 x 32") as a way to work with ideas already on my to-do list.  For instance, I didn't want to have to make a Baltimore album type quilt, riff on the theme of Hello Kitty, or to make a faithful rendering of a photograph, because those approaches would never be on my artistic radar screen.

I am pleased to report that the format worked out exactly as I had hoped.  I never "had to" make a piece that didn't advance my own personal agenda, and in fact some of them turned out to be important steps toward new approaches in my "real" work.  Let me show you all seven pieces, over the next several posts, and tell you what I learned with each one.

The first prompt was "red," and I decided to use it to see if I could successfully use print fabrics in my fine line piecing. I'd previously worked with commercial stripes and a few small-scale geometric prints, but never with bold patterns like the big polka dots in this quilt.

I love this quilt, even though I don't think it was totally successful. The large prints like the polka dots seemed to work better than the allover prints that read as solids.  But I liked the way the different prints each had their own bit of real estate and how their territories got all zigzaggy around the edges.

The second prompt was to use all gradations of gray and just a tiny bit of color.  I'd been working with commercial stripes on a couple of huge quilts and accumulated quite a stash of neutrals.  And I had been mulling over next steps in my fine line piecing -- I'd explored a lot of variations on the theme and was wondering whether I could do something dramatically different.  I decided to eliminate the middleman and let the fine lines pile up on themselves without any intervening backgrounds.

I love this quilt even more than Red Fizz, so much that the minute I finished it I decided to make it again three times as large.  The result was Linear B, 42 x 73", the same composition but big enough to have a real impact.  I'd like to make it again, big, in a more colorful palette and play with the precarious balance of the pile. 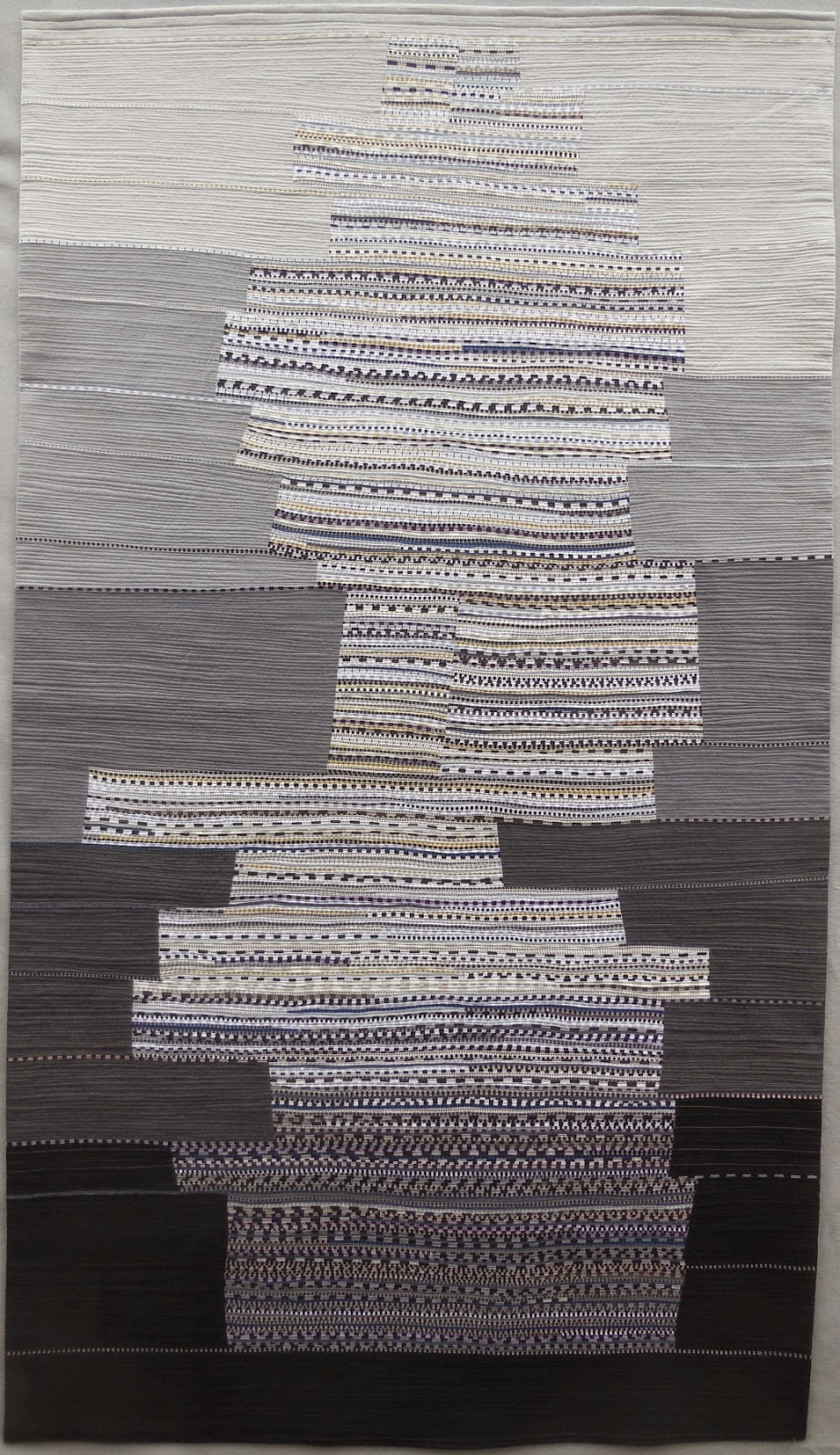 
Posted by Kathleen Loomis at 7:16 AM