Our fourth and fifth prompts in the International Threads group were "pattern and repetition" and "lines."  Neither of them seemed very exotic or challenging to me, as I have been working for years with pattern, repetition and lines.  Also I was getting behind schedule on our challenges and the deadline was approaching.

When I was teaching at the Crow Barn in October I made a bunch of strip sets to illustrate my production methods, and to have something to stitch on while my students were working.  As the clock ticked, it seemed like a good idea to sew them up into a quilt top.  But I had resolved to learn something with each new piece, and I noticed that if you made some strip sets but didn't then slice them into relatively narrow strips, you would get a different, more open effect.  (Note this especially in the lower right-hand corner.) 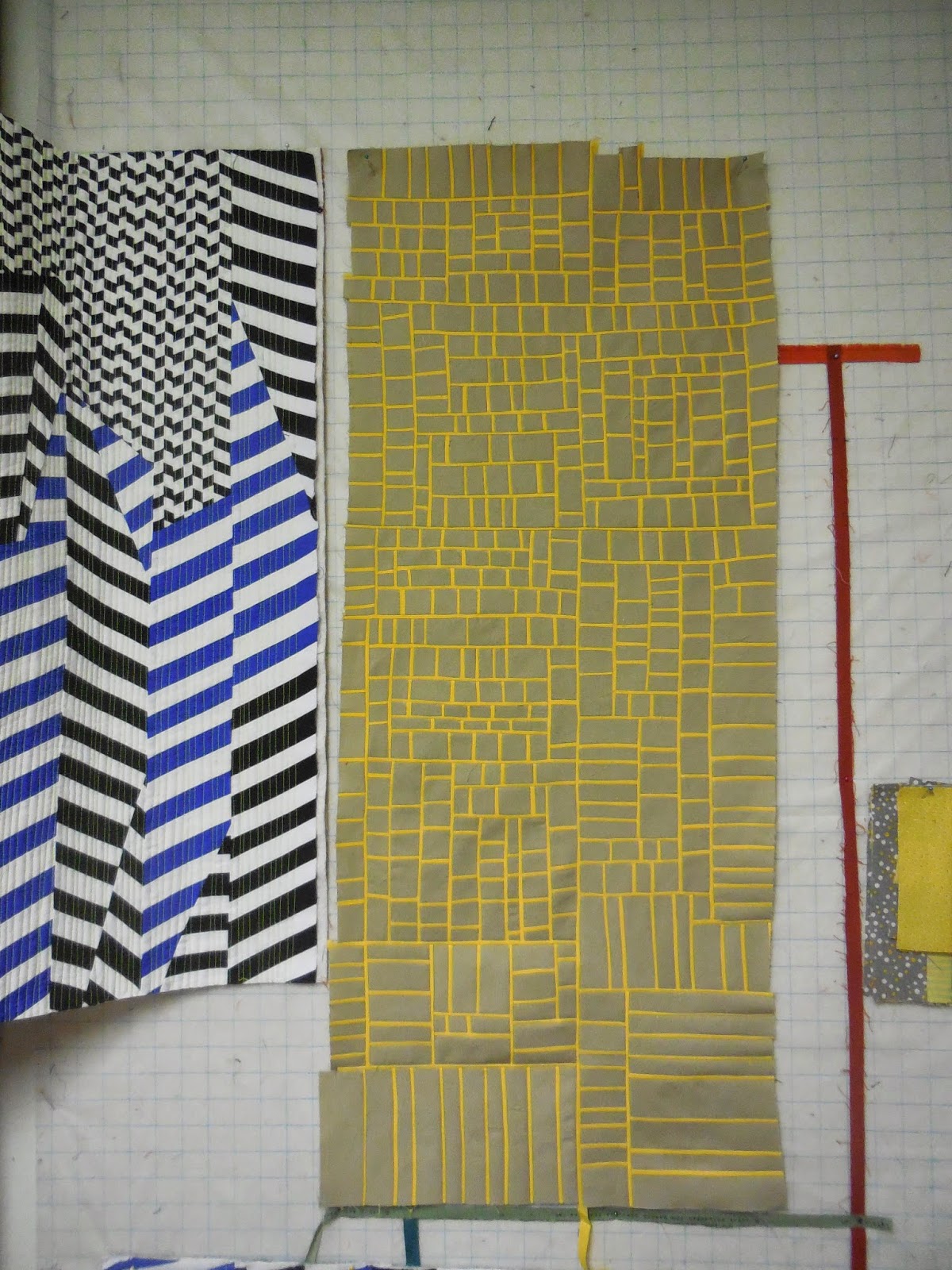 You might also note how the quilt has outgrown its bounds, indicated by the pinned-up selvages on the design wall.  You might not think that without noticing it you could get eight inches too big when you're working on a marked grid, but you would be wrong.  I eventually cut off some of the extra so as not to be too out-of-sync with the other pieces in the show, but I wasn't happy doing it; this composition seemed to be pretty good.

I have always been intrigued by the juxtaposition of densely fractured areas with sparser areas, as in the older quilt shown below.  The little piece for International Threads was an opportunity to try it out in another style of piecing. 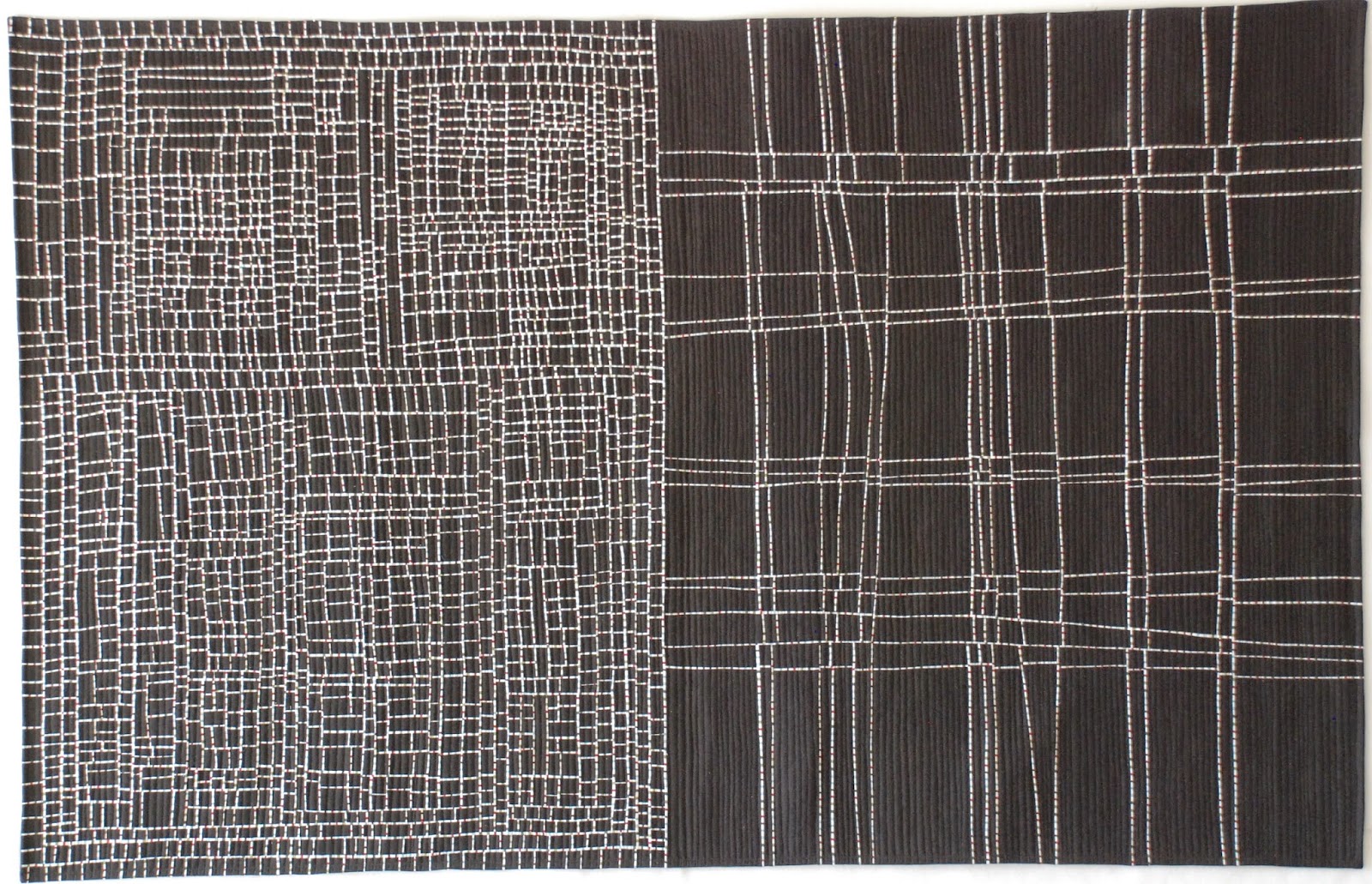 So here's the new piece:


Posted by Kathleen Loomis at 5:56 AM