The third prompt for the International Threads group was to juxtapose areas of large scale with areas of small scale.  I was the one who came up with this prompt, and ironically it's probably the quilt I like the least of the entire series.

A bit of back story: a few years ago I made a quilt based on a Photoshopped picture made by my art pal Keith Auerbach (read about that here).  It wasn't my best work; the composition was crude, there were technical problems with the quilting and I was unhappy with how much the black and blue fabrics frayed and the loose threads were visible through the adjoining white stripes. 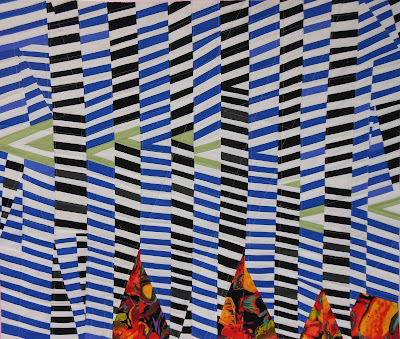 I didn't think the quilt was worth finishing, but I loved the way the stripes worked together, especially the places where the regular pattern was interrupted and distorted.  Ever since I have been meaning to make another quilt to explore what can happen with stripes.

Here's what I came up with.  I used some of the leftovers from the previous piece for the large-scale stripes, but I cut the small-scale stripes out of a commercial striped fabric (boy, did that solve the show-through problem on that part of the quilt!). 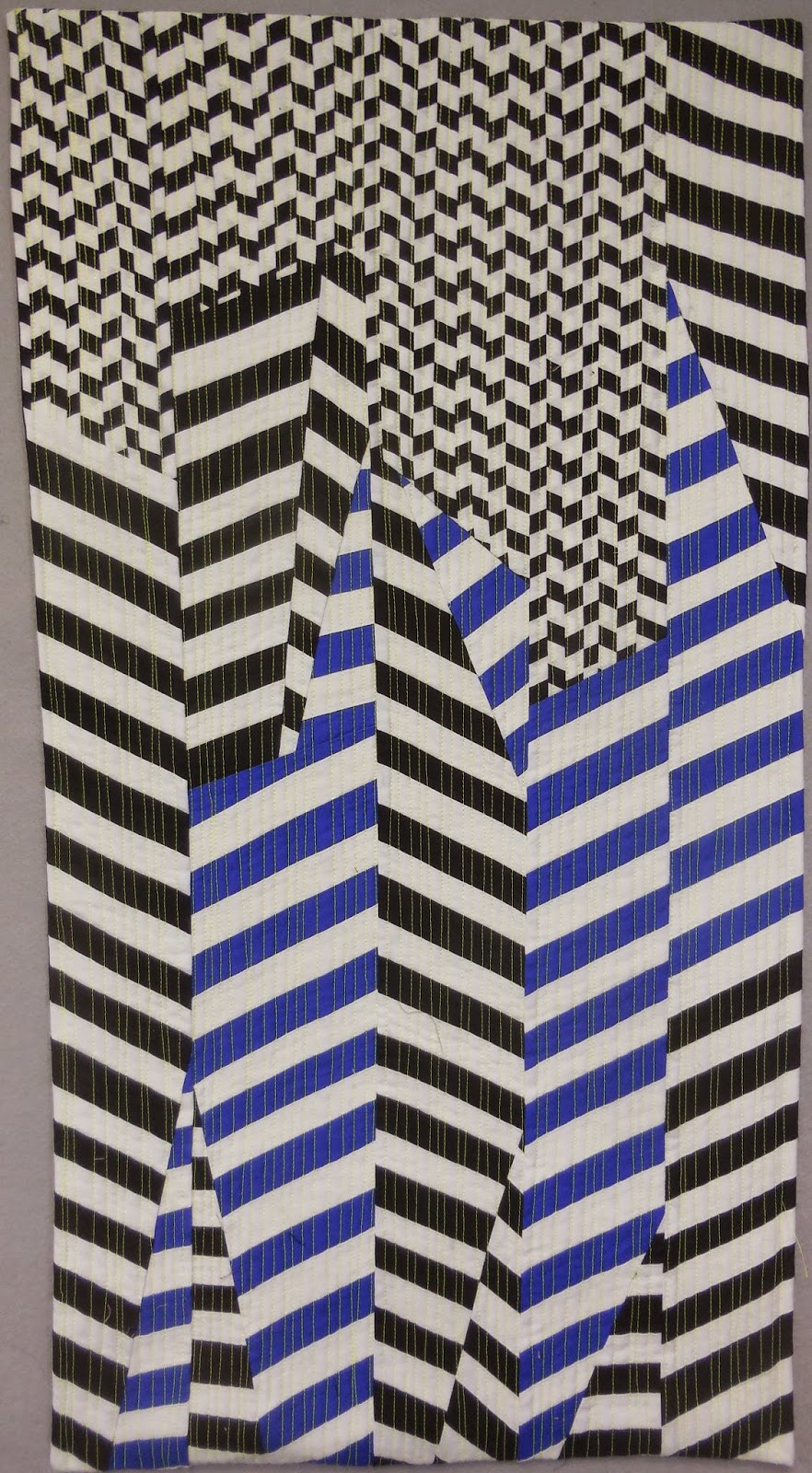 I like the high contrast of the black and blue against the white and would like to use that again.  And I like the interruption patterns. But I'm not sure I'll make another piece to turn this into a series.