I seem to be on a revolutionary streak this spring, wanting to make art that doesn't resemble anything I've done in the past.  I made two small art pieces (here and here) by stitching directly onto cotton duck with no batting or backing, and was excited by the way the machine stitched line is neither straight nor precise (I guess I could get it to be that way if I tried hard enough, but I don't want to).

Having finished those two pieces, I wanted to keep going, and the obvious choice was to use the new technique on a small piece that I had agreed to make for the annual auction of the Louisville Visual Art Association.  We were given 8x8-inch canvases for the project.

I had a small piece of canvas left over from one of my little stitched pieces, just big enough for the 8x8 format.  I made this little guy by stitching onto the canvas in several colors, then stitching it to a piece of beige cotton, which I stretched and stapled to the base canvas.  Then I covered the staples by wrapping some twine around the edges of the canvas. 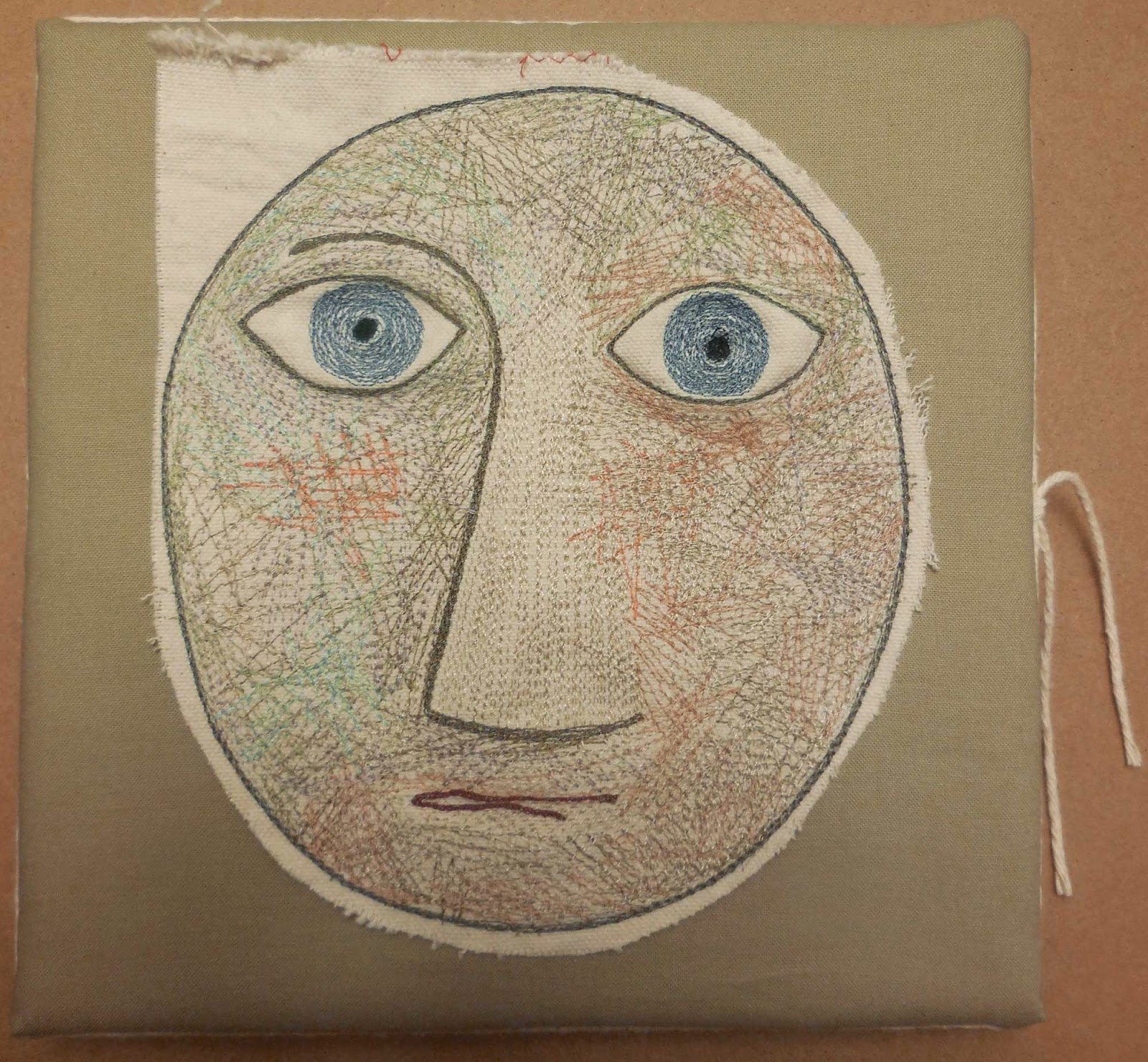 It doesn't take much dense stitching to make the underlying canvas bulge and buckle, which is particularly noticeable on his bulging eyes and eyebrows.  The 3-D effect is something I need to play with more in the future. 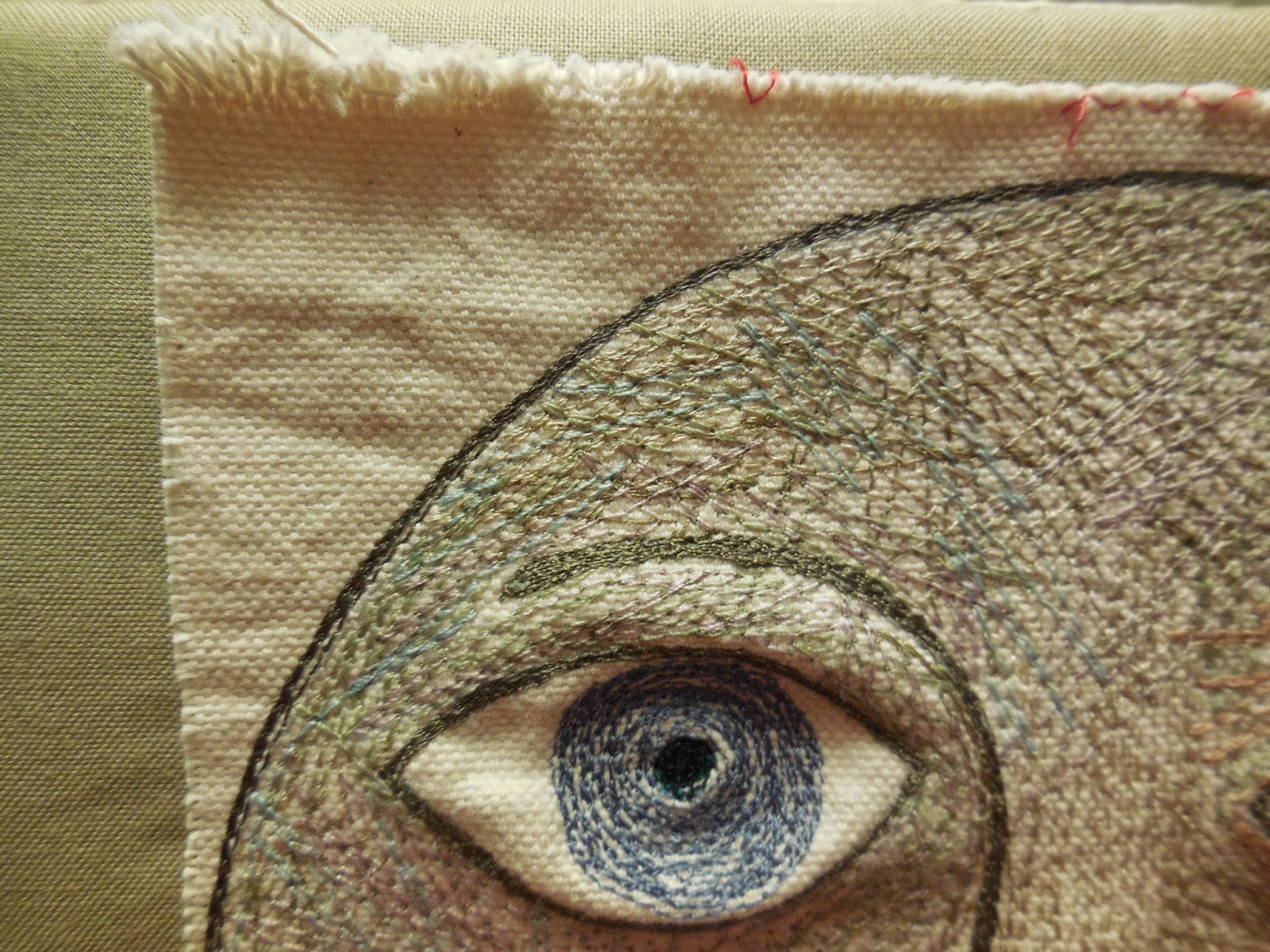 I sketched the face and embroidered the eyes and mouth with free-motion stitching, but everything else was done with a straight stitch.

I love this little guy so much that I'm not sure I can part with him, even though I don't have much time to start over (and would have to acquire a new 8x8 support).  Probably my best approach is to donate this guy to the auction as planned, then make a bunch of siblings in the same technique.

Note: I wrote this post several weeks ago, the day I finished the piece, but have held it for publication now since the auction, held last month, is supposed to be anonymous.  Only after you buy a piece do you get to turn it over and see who the artist was.  Of course many artists are quite recognizable by the cognoscenti, but I'll bet that nobody who knew my work would have identified me as the artist of this piece.  And that makes me happy.  I was also happy to learn that the piece was purchased during the first hour of the auction.
Posted by Kathleen Loomis at 5:59 AM