Mere milliseconds after the Quilt National winners were posted online following the show opening Friday night, the SAQA email list started buzzing with discussion of whether representational quilts got their just deserts in the show.  Apparently there's a substantial bunch of people out there who believe that QN is biased against representation and in favor of abstraction.

There were remarks along the lines of "I know my work doesn't fit QN, which is why I haven't tried for a decade to enter" or "Quilt National has never been a venue known for representational work" or "it doesn't look like a venue for realism."  One person wrote "As someone who does representational work, it is incredibly discouraging.... Why would I bother... when I know the type of work I do has an infinitesimal chance of getting in or being recognized."  Another wrote "Quilt National has long been pro-abstract and pro surface design...  I entered twice, both times with what I thought were strong pieces and both time rejected.  I decided long ago that if they aren't in the representational camp... I would stop bothering to enter.  I haven't since."

Many of these posts were made by people who weren't at the show and hadn't seen anything in the show (since QN has the infamous internet virginity rule) except the prizewinners, which were indeed mostly abstract works.  But when I got home from the show and read the emails, I got out my catalog, made a count and came up with 41 out of 86 quilts with varying degrees of representational imagery -- hardly what I would describe as " an infinitesimal chance" of getting in!

Indeed, several of the pieces were in the extreme realism camp, clearly made from photos.  Take a look at these: 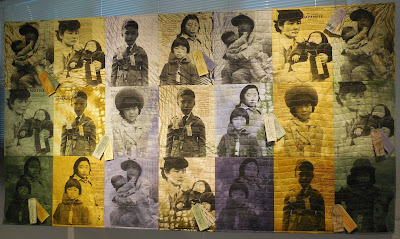 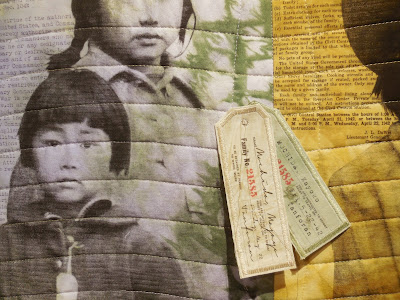 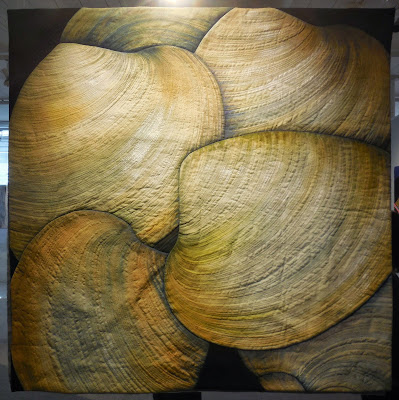 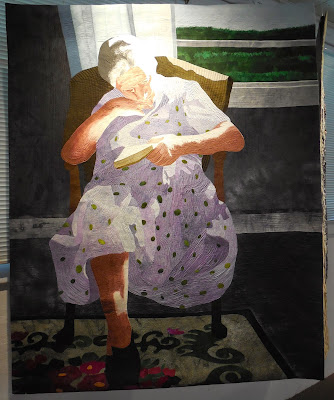 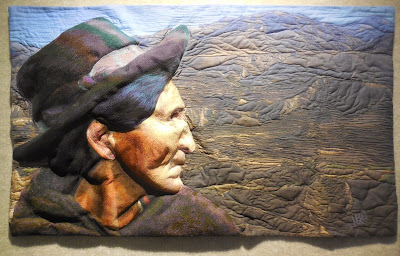 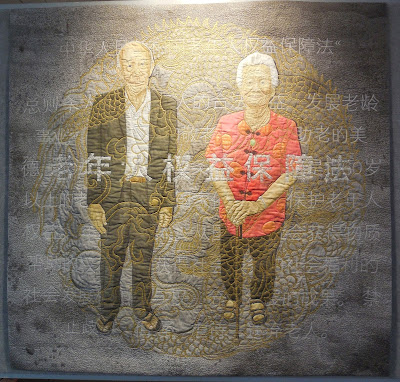 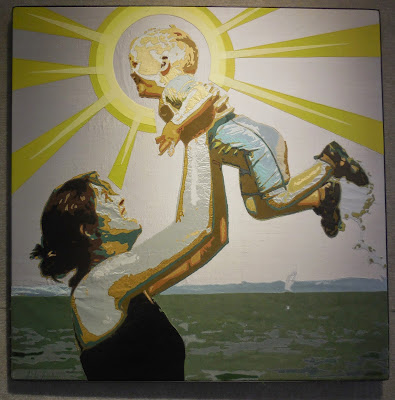 Dorte Jensen, The Sunshine Of My Life

I find it hard to think that a show with these pieces in it is biased against representation.  And I'll show you many more representational works in subsequent posts.

Finally, please accept my apologies for the poor photo quality.  The lighting at the Dairy Barn is not well suited to large works of art like quilts; spotlights are focused on the center of the pieces but leave disturbing shadows around the edges.  It was hard even to properly see the work in person, and photography just exacerbated the uneven light.  You really should get a copy of the professionally photographed catalog to see the quilts at their best.


Posted by Kathleen Loomis at 5:45 AM