I've been doing daily collages since January 1, 2013, changing the ground rules slightly every now and then, and at the end of last year I asked myself if I wanted to keep on into 2015.  I decided I hadn't yet fully explored the format, and signed on for another year.

But by April I was feeling burned out and stale.  Perhaps it was the new rule I gave myself this year: each collage must include a word or phrase from that day's newspaper (or other publication).  I thought that would give a new dimension to the assignment but instead it seemed to put on more pressure without corresponding rewards.

The rule survived a month in Europe, during which I had no access to newspapers on some days and had to scramble to follow the rules.  Here are two from days when I used gift shop receipts. 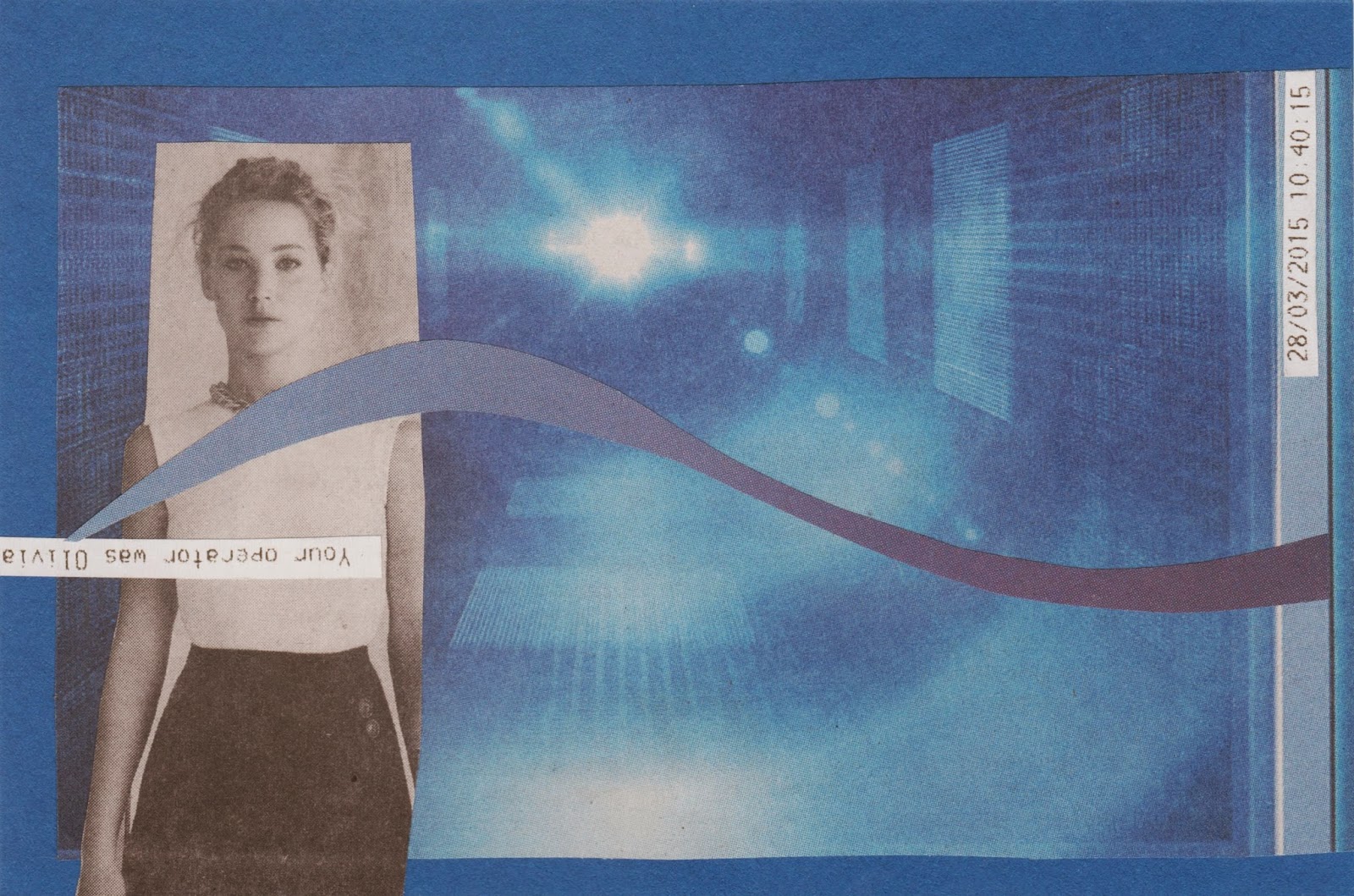 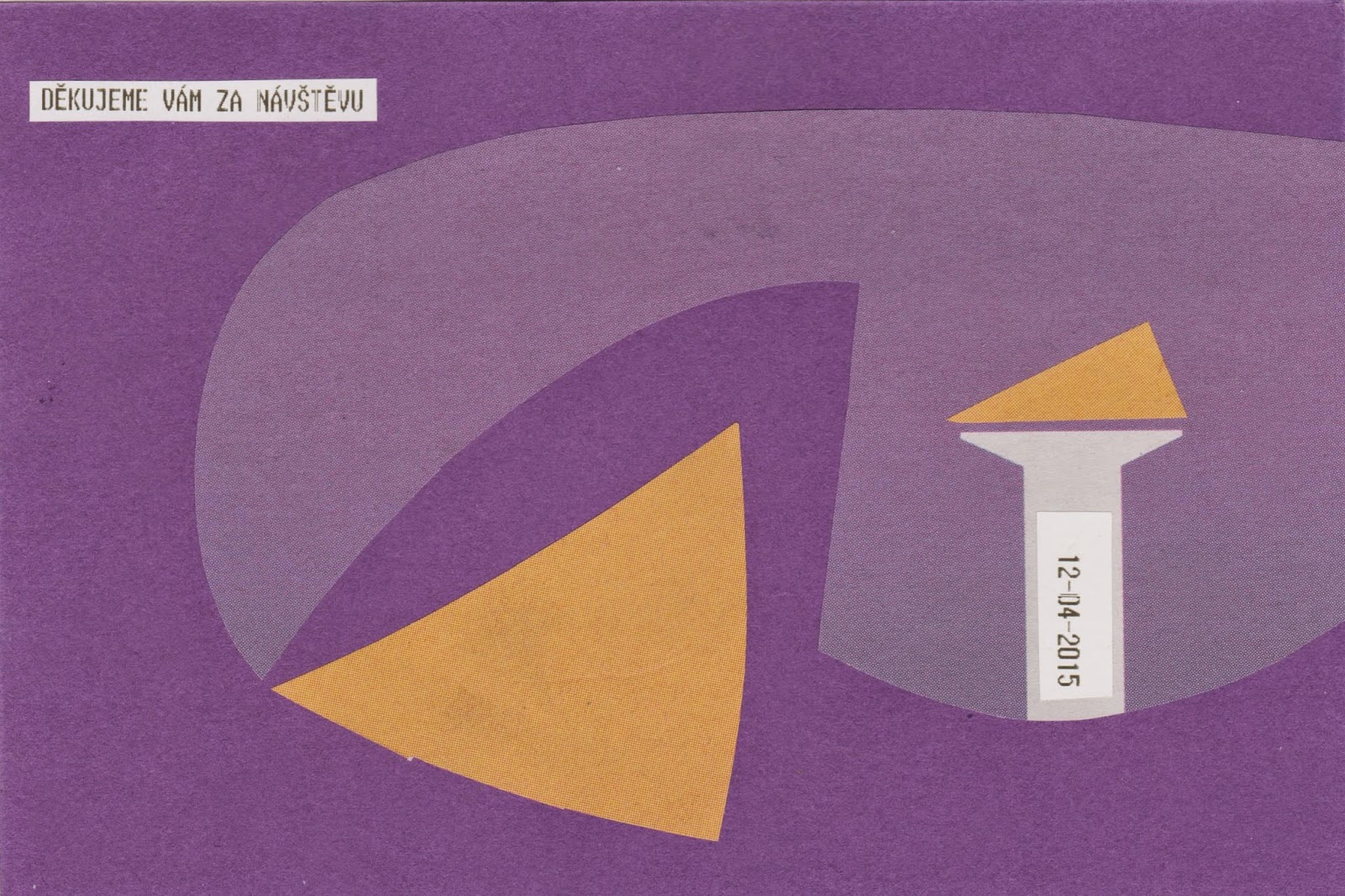 But when I got home I found myself struggling to maintain enthusiasm.  Then to add insult to injury, I went back to the store to buy another pack of 4x6 inch cards in assorted colors, like the blue and purple on the collages above.  I had bought them at the beginning of the year and liked the variety of different colors, but now was running out.

There were none on the shelves, and the store's paper buyer maintained that they had never carried this product (of course I had thrown away the packaging back in January).  I found that hard to believe but it was another little blow to my collage happiness.  So I was back to working on white index cards.

Earlier this month I decided that maybe I should try something a little different for a while.  So I spent two and a half weeks doing "news haikus," in which I found an illustrated news story, then searched for phrases of the proper number of syllables that would condense or riff upon the story.  I had previously done a couple of 50-day news haiku projects -- because there were 50 pages in my little sketchbooks -- and enjoyed that process.

It took the pressure off the visual aspects of the collage -- most of the time I simply cut out the picture from the news story and pasted it down, without worrying about composition or complexity -- but put the pressure on to the verbal aspects.  Finding the five- and seven-syllable phrases that accurately represent the news story is tricky and time-consuming.  But it was different from what I had been doing for two years. 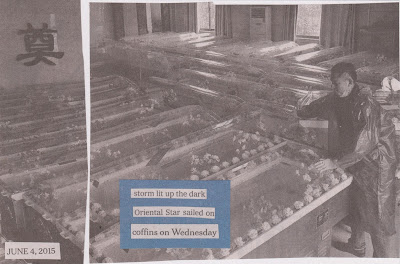 On this past Sunday, after spending a half hour vainly searching for haiku-able stories in the paper and finding none, I decided the respite was over.  I'm back to my "regular" collage style and at least so far have felt energy that I hadn't seen in months.  The obvious time to change rules in an annual daily art project is at the turn of the quarter, so I had thought maybe I'd do something drastic on July 1.  But I think I'll just stick with the program, occasionally giving myself a little change of pace to keep the blood flowing.  Hope it works!!

You can check out all my daily collages here.


Posted by Kathleen Loomis at 5:16 AM