Here are some more pieced quilts that I loved in QN '15. 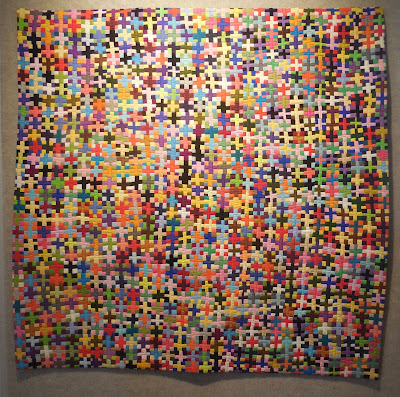 Maria has made an impressive body of work out of the nine-patch, usually in its more complicated variations.  This one is the minimalist version and stunning in its simplicity. 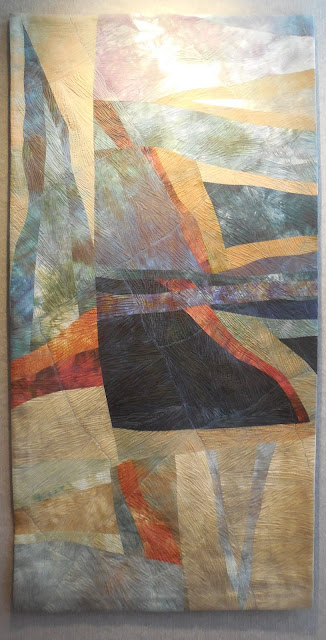 
Bonnie is no stranger to QN, having won best in show four years ago.  This year's piece is smaller than she has typically worked in the past, and came about sort of by accident.  She needed a third piece to round out her QN entry and as the entry deadline approached, she hauled out her box of partial tops that for some reason had never been finished.  She sliced up two of them and combined them into this composition -- good enough to get into the show, and an intriguing new dimension to her long string of geology-themed quilts. 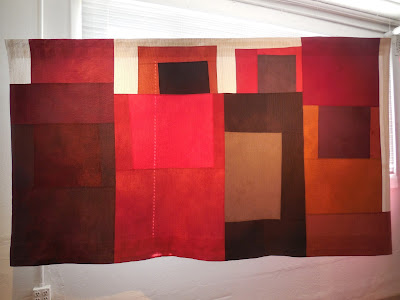 I've been privileged to see Gail's work for several years in person, as she has been a regular exhibitor in Form, Not Function, my local quilt art show.  Everything I've seen of hers in past years has been a lot smaller than her QN piece, and I think the big jump in size has been a very good idea. 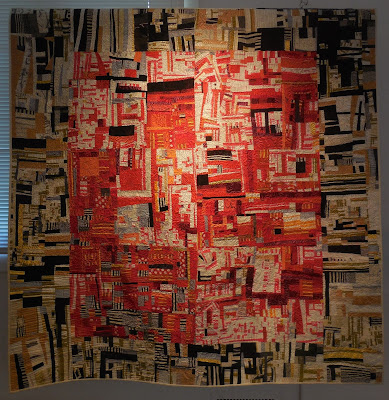 What is it with the number 71?  Maybe it's this year's good luck number.  I loved this work enough to argue for it to be best in show, until I got up close and looked at the quilting.

Somehow the swirly floral designs, which were used in most of the quilt, didn't seem to match the straight lines of the piecing.  I think it's always tricky to pair curves with straight lines (no matter which is the composition and which is the quilting) and don't think this one hit the mark.  But just stand back and fall in love! 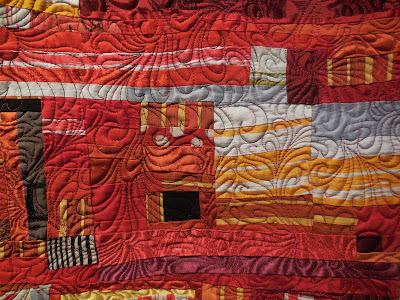