Last week Argentina's new president was sworn in, which made me remember the day, eight years ago, when Cristina Fernández de Kirchner, the outgoing president, was inaugurated.  We were in Buenos Aires that day and visited the Plaza de Mayo, where later that afternoon the ceremony would take place.  Already in the morning the police were on hand, and Cristina's supporters from a couple of faraway provinces had debarked from their buses and were moving toward their front-row seats.

We finished our tour in time to watch the inauguration on TV from our hotel room.  Cristina's years in office were not a fabulous success, but we always felt a little connection because we had been there when she took office. 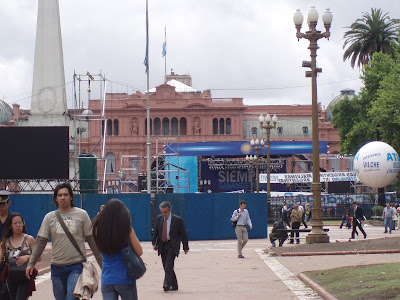 In the background, Casa Rosada, "the pink house," like our White House the president's home and office.  In the foreground, TV setups hogging all the good space. 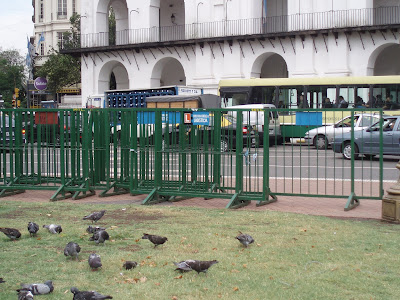 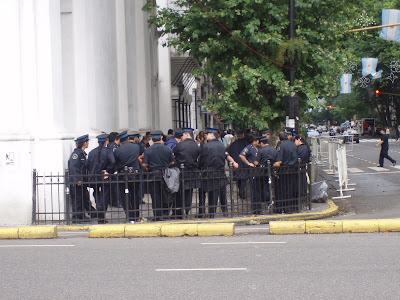 Crowd control barriers and lots of cops on hand. 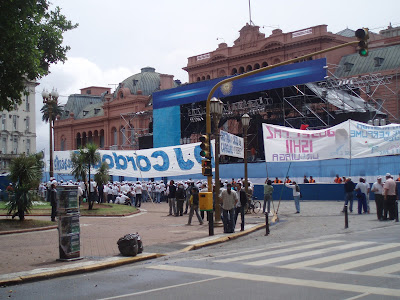 Cristina's supporters assembling at the plaza, several hours of waiting in the sun ahead of them before the festivities began. 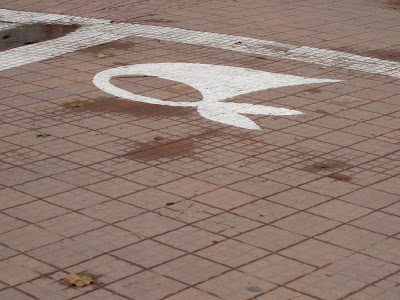 Stenciled on the plaza, lots of white babushkas.  During Argentina's military dictatorship (1976-1983) many young people were abducted and killed by the government.  Their mothers famously donned white scarves and marched in this plaza every week.  After the dictatorship ended the mothers' pressure eventually led to some political reforms, and to the release of information about many of the deaths.