More machine quilting that I liked in the FNF show -- 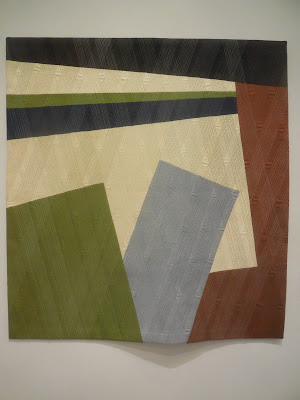 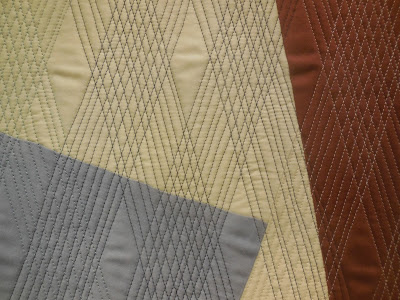 The contrast of diamond-shaped puffy unquilted areas with perfectly regular straight lines gave some excitement to a calm composition. 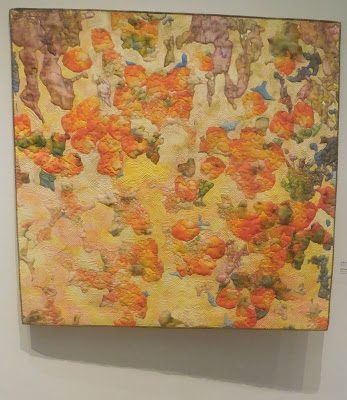 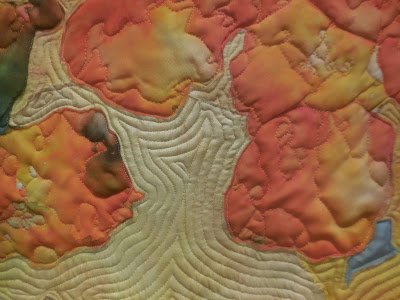 Dense echo quilting in the background, sparser meanders on the flower forms made the flowers stand out.  The quilt won an honorable mention. 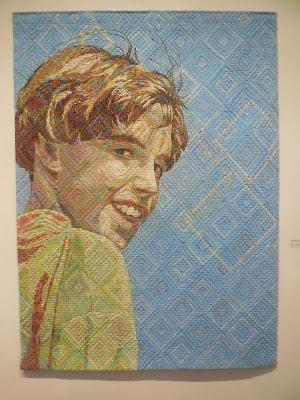 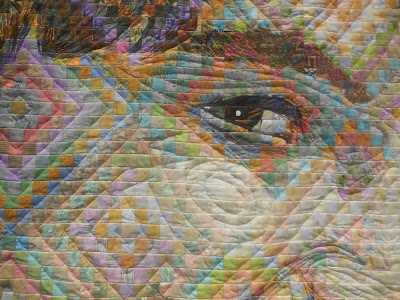 For the second year in a row, Deborah's clever technique of letting a portrait emerge from a traditional around-the-world piecing pattern wowed FNF viewers.  The composition alone is worthy of admiration, but more subtle is the use of quilting to complement both pictorial and geometric elements. Contour quilting emphasized the facial features and helped them emerge from the background, while geometric quilting lines flattened the other areas and made them more like a traditional quilt.

Several posts to go before I exhaust the possibilities in this excellent show.  It's on display at the Carnegie Center for Art and History in New Albany IN through September 16.