Almost done with my report on the "Women Artists in the Age of Impressionism" show at the Speed Museum in Louisville.  Most of the work in the show was portraiture, and there were several that called out to me. 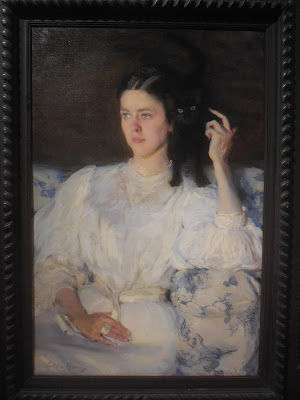 You come upon this painting from a far distance, and I didn't even see the cat until I got a whole lot closer.  But how much the portrait sings when you do detect the cat among the shadows of her dark hair. 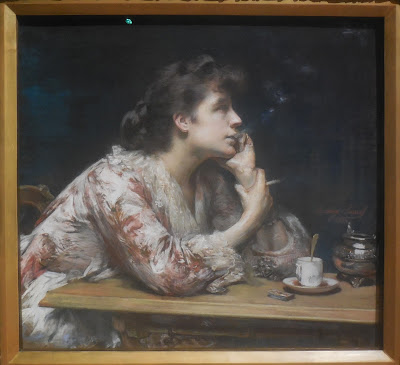 Amélie Beaury-Saurel, Into the Blue, 1894

Scholars think this is probably a self-portrait, which makes two strikes against Amélie -- a smoking artist!!!!  Scandalous!!!!!!

And finally, this exciting picture of a young girl, which was chosen for one of the poster images to advertise the show. 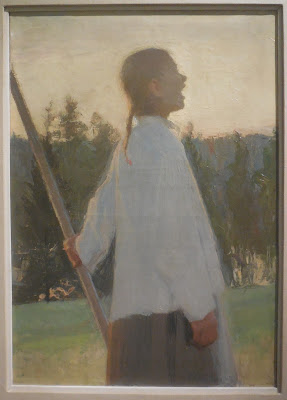 Let's all imagine what she's shouting, what powerful words are echoing back to her.  I hope it's something more important than just calling the cows home.