One of Ai Weiwei's recurring themes is the destruction of China's history and traditional culture by the current regime and its replacement with shallow consumerism.  He has depicted this by finding old things and somehow redoing them for art.  His most infamous such act was to drop a 2000-year-old urn, documenting it in three photos -- holding it out, in mid-fall, and smashing on the ground.  (Critics have understandably given him a hard time over this endeavor.)

At the Blenheim Palace exhibit he wasn't so dramatic.  Here's a table from the Qing dynasty (somewhere between 100 and 350 years old) with legs sliced down to sit askew. 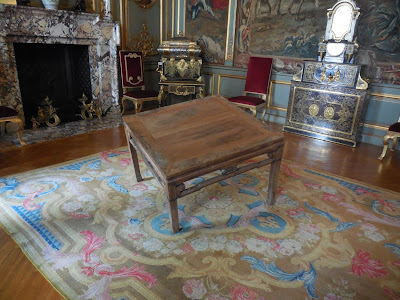 Here's a huge chunk of wood salvaged from the demolition of Qing dtynasty temples, which has been beautifully milled and polished into a map of China. 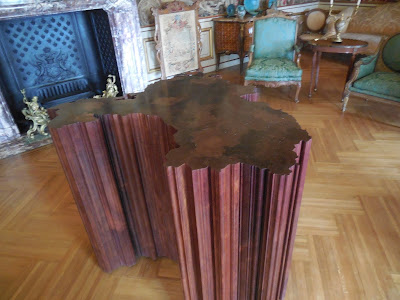 And here are a bunch of more 2000-year-old urns, painted in shiny automobile enamels. 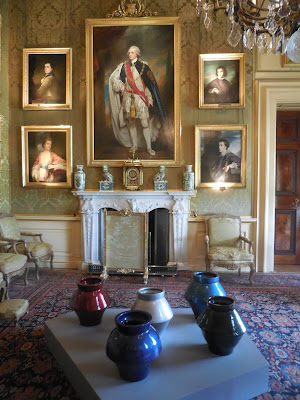 I detected puzzlement from the tourists who bothered to look at these artworks.  Ai is an artist who requires an explanation -- if you aren't familiar with his life story, his political opinions, and the materials and metaphors of his work, you won't get much out of looking at the art itself.  I was fortunate enough to know the basics, and the Blenheim show made me want to see more.