If you read my blog last fall you may recall my horror story about computer failure and concomitant loss of a whole lot of photos.  We were able to recover most of the important ones, but some were lost forever.  I got over it, but every now and then would think of a photo that I vividly recalled taking -- but didn't have any more.  Fortunately the daily photos that I posted to my blog remain in cyberspace, but I still was missing about two months of everything else I shot.

Recently something bad happened to my nine-month-old camera, and for three weeks I had to use my old one.  A couple of times I got the dreaded "no more room on your memory card" message, had to delete last week's photos as I stood there on the street, and thought how much better my new camera is, with its much larger card.

It took a while for the other shoe to drop.  Namely, the realization that my old camera actually had two memory cards: a small one that was my first purchase, a larger one that I bought in anticipation of a long international trip.  (Technology being the way it is, I paid less for the larger one than I had for the smaller one a year earlier.)

I had taken the large card out of the old camera, which had been retired months earlier, when I gave it to my husband for his January vacation in Arizona.  Why?  Because the large card still contained a couple of photos of my mother, who died in 2008.  For sentimental reasons I liked to keep them on the card, and it seemed easier to sub in the empty small card than explain to my husband, a camera novice, what was going on with the large card.

Finally, several days later, I had a moment of blinding insight.  What else, besides the photos of Mom, might be on that memory card, sitting for months in my jewelry chest?

Well guess what!  Over 1,400 photos from the lost two months!  Not everything I lost, but a whole lot of it.  Some that I remembered, some that I didn't, some that were pretty good.  For instance -- 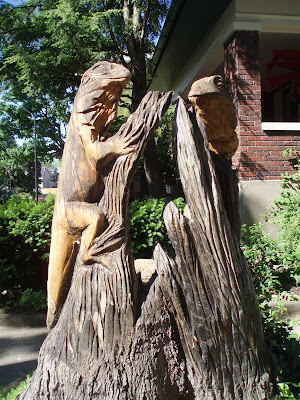 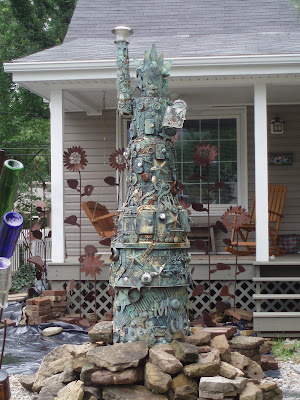 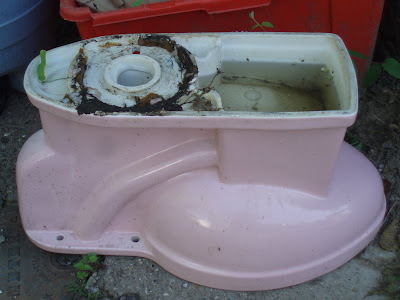 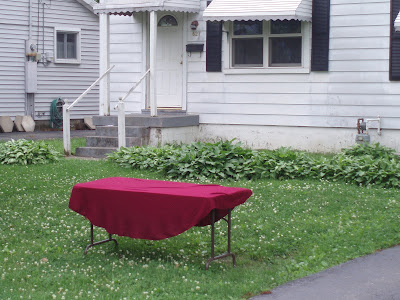 And finally, here's one of the photos that I was saving all along.  That's my daughter-in-law with the bottle of wine; we're on the deck of her new house.  Mom was able to attend my son's wedding six months before she died, and then come back to see the new house, the last time she visited us. 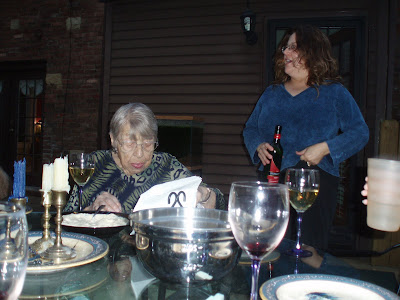 Thanks Mom!  You helped me out of another jam, perhaps the ten thousandth time in my life that you came to the rescue.

So I'm a happy camper today.  Why did it take another photo crisis to make me remember the solution to the previous photo crisis?  Can I please stop having photo crises?
Posted by Kathleen Loomis at 6:29 AM