I hate to be the only content provider on the globe to miss the opportunity to commemorate 9/11, so today I'll write about how that sad day affected my art.  It isn't much of a reach -- for several years that event, and its subsequent wars, was the recurring theme of much of my work.

My first artistic reaction to the tragedy was to focus on the buildings themselves.  I had retired less than a year before 9/11 from a company that had offices in the South Tower of the World Trade Center and I spent many hours there on business. Many of my closest friends and colleagues lost their workspace and possessions in the disaster, although all escaped safely. Almost 300 colleagues from a sister company, Marsh & McLennan, were not so fortunate and lost their lives in the other tower.

I made two quilts depicting the World Trade Center.  My artist statement read: "The towers live on in my memory -- losing their detail, a little frayed along the edges." 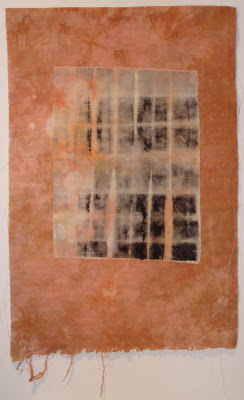 Then we started thinking about going to war, and my quilts lamented it.  My artist statement read: "As we lurched toward war in Iraq, I became appalled at the skimpy 'evidence' that was presented for such an irrevocable decision.  Although it seemed persuasive at first glance, closer examination revealed it to be gibberish."  The quilts showed the gibberish, dolled up with the kind of satellite photos that might be showed as "proof." 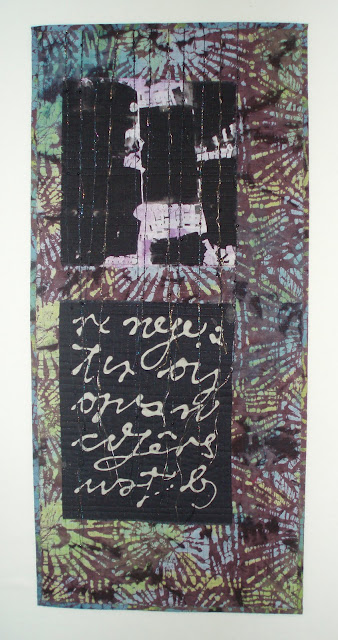 After the war started, I made quilts about it.  I love accidental effects in surface design, and had a large collection of "practice pieces" in hand-dyed, rusted and discharged fabric.  Many of the images in these pieces reminded me of bomb craters, burned-out buildings and other vestiges of destruction, so I enlisted them to help me convey the idea of war. 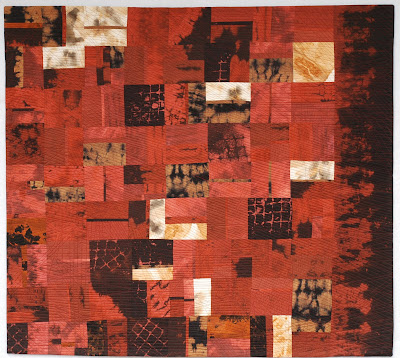 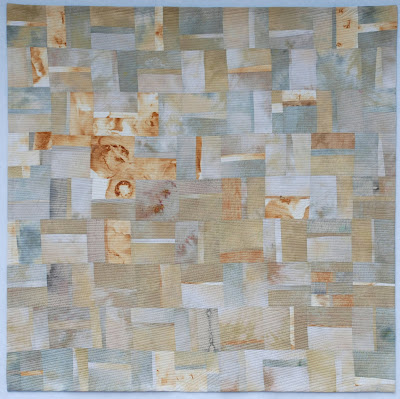 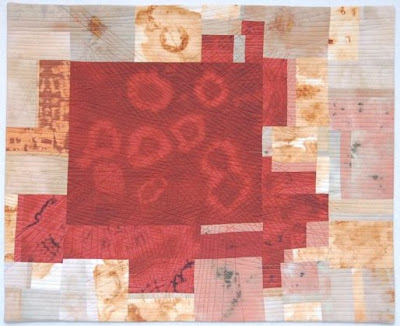 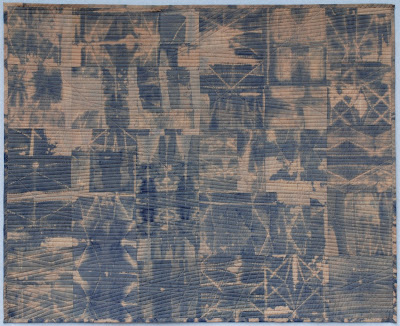 I thought of surgery in this last quilt because the discharged pieces reminded me of X-ray images and some showed signs of stitching.  But the overall quilt also looked a bit like aerial photography, like one of those endless views of bombed-out cities that filled our TVs and newspapers for years.

As the war went on, I started thinking more about the rising death toll of U.S. troops sent to fight in strange corners of the earth.  Tomorrow I'll show you what I did with that idea.