While I was in South Carolina last week I had the opportunity to see a show of work by Terry Jarrard-Dimond and her husband Tom Dimond, at the University of South Carolina Upstate in Spartanburg.  I have been familiar with Terry's work for some time and knew that she made a big change in direction about a year ago, so I was looking forward to seeing this new body of work.

And I was not disappointed.  Her new quilts make a cohesive and impressive show, all based on dots and stripes and executed in dye-painting.  While her earlier works were hard-edged and tightly composed, these are looser, more ambivalent and totally gorgeous. 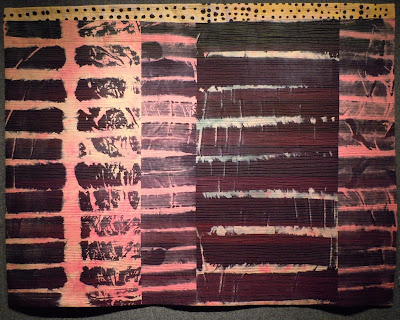 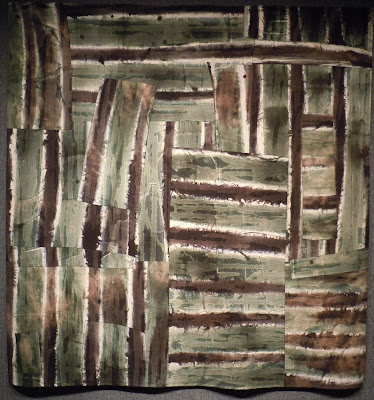 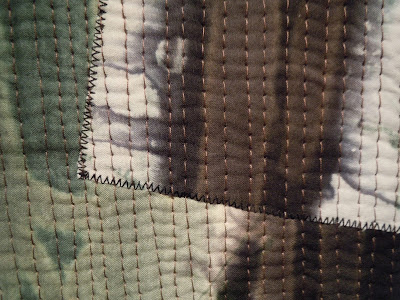 Raw-edge pieces were occasionally sewed on top of larger expanses of fabric to interrupt or echo the underlying patterns. 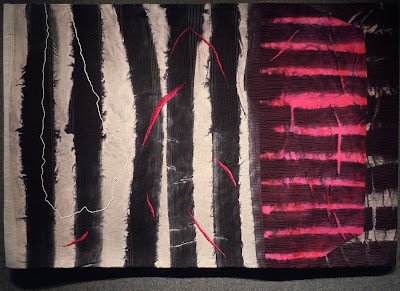 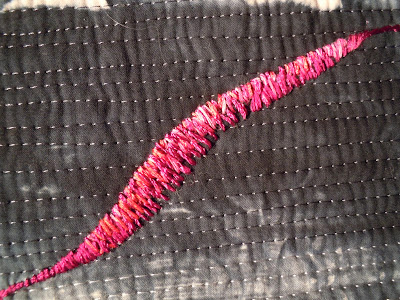 Some of the pieces were accented with hand-stitching.

Terry said in a gallery talk that after she spent a year making several huge pieces for the Color Improvisations show, curated by Nancy Crow and currently touring in Europe, she was ready for something different.  Readers of her blog have followed her weekly experiments in surface design throughout 2010, which led to the works in this show.

I'm sorry to say that the show will close on Friday, but keep your eye out for Terry's new work to appear in other venues.

Posted by Kathleen Loomis at 8:48 AM