I'm reading a good new book this week called "Triumph of the City," by Edward Glaeser.  His point, to oversimplify just a bit, is that by getting people together, cities have enabled civilization to progress.  But I have been thinking about some remarks he made about technology.

A 19th century British economist named Jevons was the first to note that new and more efficient technology -- in his case, more fuel-efficient steam engines -- did not reduce consumption but actually increased it. Yes, it took less fuel to get from Liverpool to London with the new technology, but it also made a lot more people decide to get there, and ship more goods.  Jevons' Paradox explains, among other things, why storing your documents on a computer did not lead to the "paperless office," or why owning a fancy sewing machine means you're spending more time with your fabrics, not less.

In terms of communication, it explains why with virtually free and instantaneous internet capability, we spend more time, not less, on the internet communicating with friends, family, acquaintances and strangers.  When you upgraded from dial-up internet to DSL, did you double your online time, or even more?

But now the concept gets nicer.  Jevons' Complementarity Corollary, Glaeser tells us, holds that "improvements in information technology can lead to more face-to-face contact, because face time complements time spent communication electronically...  All those electronic interactions are creating a more relationship-intensive world, and those relationships need both email and interpersonal contact."

This paragraph led me to reflect on how the internet, or I should say, my internet friends, have been a powerful factor in my development as a fiber artist.  Some time in the late 1990s I discovered the Quiltart list, an email community that has somewhere over 2,000 people all over the world.  In its heyday, the list might have had 200 messages on a busy day.  For many subscribers, including me, the list was our only contact with like-minded people.  We traded news and gossip about quilt shows and quilt stars. We asked for and received advice on technical problems of all sorts: how to enter shows, how to apply bindings, how to paint or dye fabric.  We complained about unappreciative relatives, mean-spirited gallery owners, cheap potential buyers.  We kept up with others' divorces, diseases, tragedies -- and triumphs.

And as Jevons anticipated, after we got to know one another we started wanting to get together in person.  I remember one of the earliest lunches for Quiltarters at the Houston quilt show, organized by Robbi Eklow at a Chinese restaurant two blocks out the back door of the convention center.  And the first cocktail party that Karey Bresenhan, the mastermind of Quilts, Inc., held for Quiltarters at the 2004 Houston show. 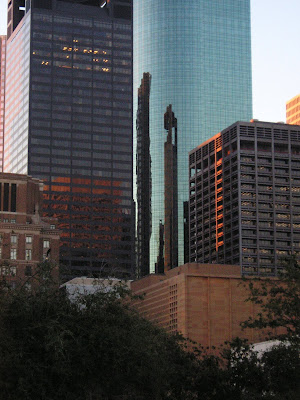 walking toward the hotel for Karey's cocktail party, 2004

As I look back on my internet connections, I can point fondly to three people whom I first got to know online, and only after many years got to meet in person.  The first was Lisa Walton, from Sydney, Australia, whom I met at that first cocktail party of Karey's.  Having talked with her there, and known her from years of online posting to the Quiltart list, I felt comfortable arranging to visit her in 2009 when I got to spend a month in Sydney with my brother.  I had a wonderful day with her, met her husband, saw her studio and her outdoor dye operation, and while we talked, helped her fold hundreds of fat quarters to take to a show she was vending at. 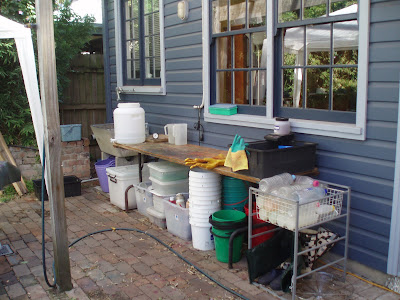 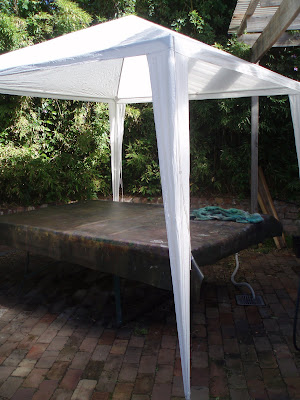 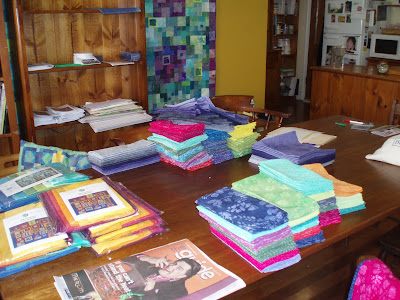 Hey, this has turned into quite a reminiscence.  I'll have to continue in a later post.  Meanwhile, maybe you can wonder about who my other two online friends were/are.


Posted by Kathleen Loomis at 6:42 AM