I have just finished my ninth collaboration project for the year, this one in a different vein -- calligraphy.  My friend Joanne Weis, who is a member of my small fiber art support and critique group, has been working on a series of pieces based on the Psalms.  She included the Hebrew text of the psalm in her compositions, but only a word or two of the English version.

As she showed us her work through the springtime, she sometimes quoted the English texts to us, and I was struck by the beauty of the translation, a 1963 version for the Gelineau Psalmody that was unfamiliar to me.  When Joanne got an opportunity to show her works, I suggested that viewers might like to read the entire English text to better appreciate what she was portraying visually, and offered to do calligraphy to hang alongside the fiber works.

She accepted my offer, and the companion pieces have just been installed at St. Matthew's Episcopal Church in Louisville.

Perhaps I'm overreaching in describing this project as a collaboration; Joanne's beautiful surface design and hand stitching is clearly the star of the show, and my written pieces are not particularly spectacular.  But it's my project and I'll call it collaboration if I want to.

I used sumi, walnut and India ink over a walnut ink wash, and mounted the pieces on paste paper.  For display, they're sandwiched under 8x10" glass, but to photograph them, I had to dispense with the glass and allow them to curl -- sorry. 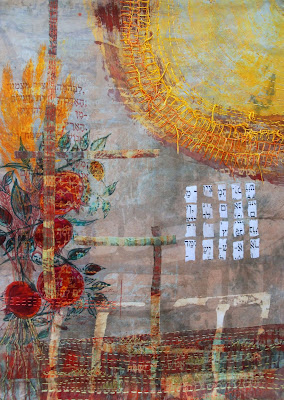 Joanne Weis, Food for the Earth 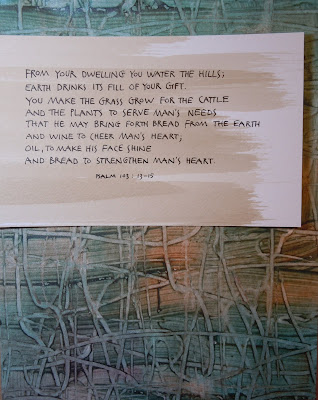 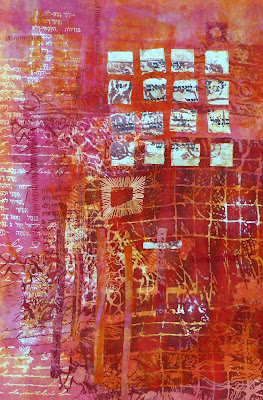 Joanne Weis, In Silence and In Peace 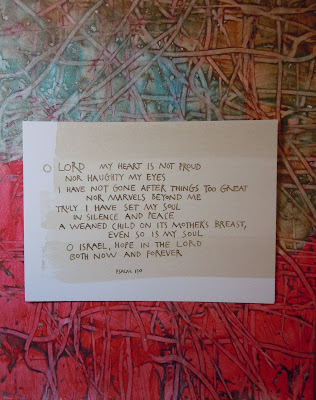 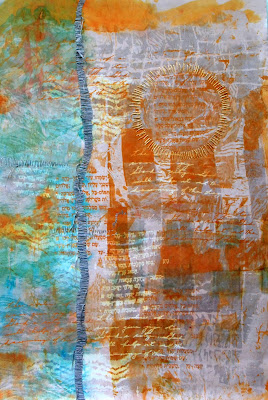 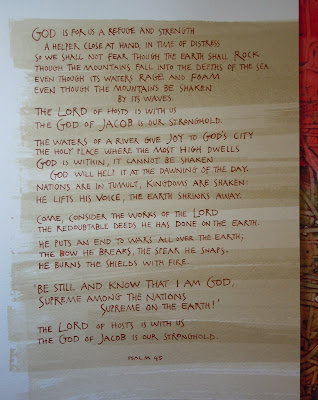 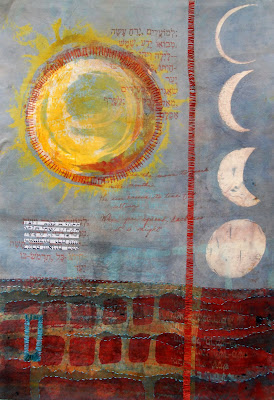 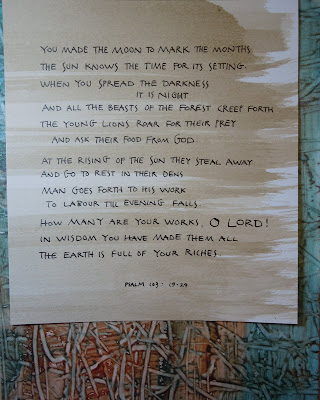 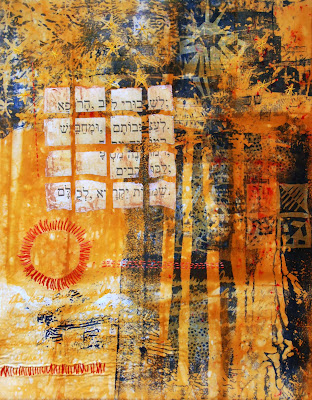 Joanne Weis, The Stars are Named 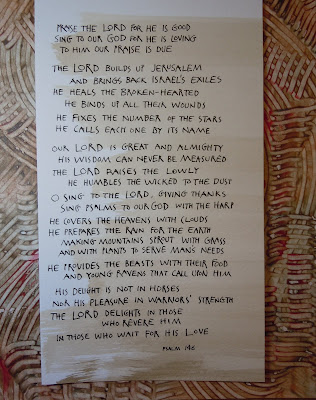 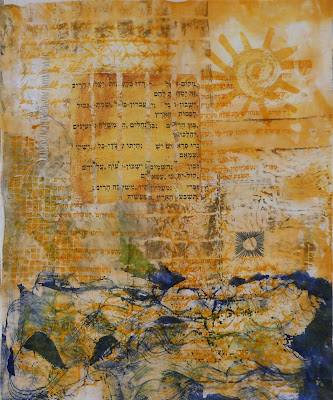 Joanne Weis, The Wind as Messenger 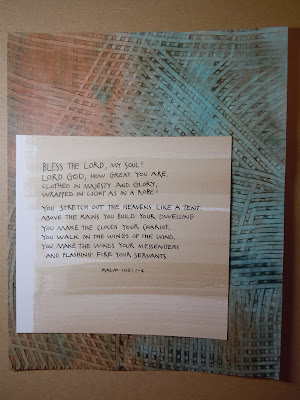