Here's the 366th hand-stitched square of 2012, the end of my daily art project for last year.  I started the year with a concept and very few rules.  Few rules, because for me, much of the joy of a long-term daily art project is watching it morph as time goes by.  You find yourself abandoning practices and techniques that you used at the start, repeating and transforming others that appeal more.

I thought a year ago that I might change the size of my daily embroidery, but no, I stuck with four-inch squares for the whole time.  I thought I might try out different threads, but no, just embroidery floss (although about a month in, I went from six strands in the needle to three).  I expected to riff on dates with repeated numbers, starting on January 2, and that continued. 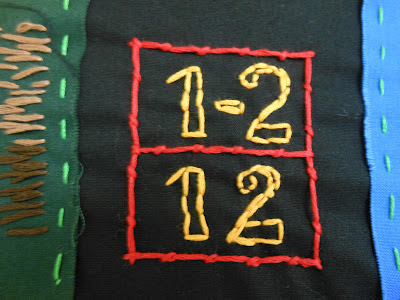 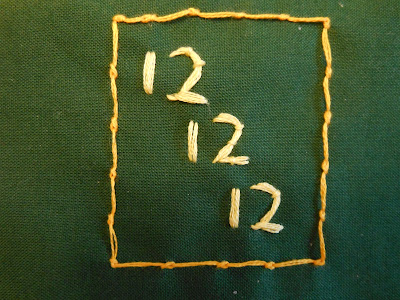 So here are some of the things that did change, and surprised me as the year progressed.

First, I got much better at some basic embroidery skills.  My ability to stitch nice curves improved, such that I could reliably make symmetrical circles and ovals that pretty much went where I wanted them to.  (I did not sketch or mark any of my designs in advance; everything was freehand.)  I learned to make elaborate featherstitching without having to look at the book in advance.  My french knots got more efficient and attractive, especially after I read a helpful hint that you should allow your floss to untwist first for greater volume.

Second, I got much more confident in drawing, my lifelong weakness. While I still freeze up at the thought of drawing with a pencil, I seem to be far less inhibited when using a needle.

Third, I discovered that a lot of text was creeping into my daily stitching.  It started with labels on drawings, and then graduated to no drawings at all. 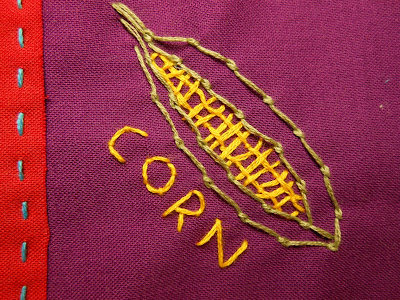 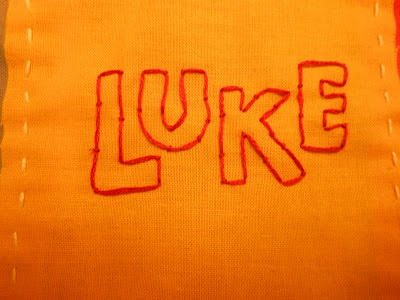 Finally, I noticed that I apparently have an affinity for certain primal shapes and symbols.  On many days of the year I couldn't think of anything to copy, draw or refer to, so I just doodled.  And the same primal doodles kept coming back.  I'll show you some of them later this week.