Among the shapes that came back most frequently in my year of hand-stitching was the circle.  I wrote earlier this week about featherstitched branches that wrapped around into wreaths, an overachieving version of the circle, but I also made plenty of just plain ones. 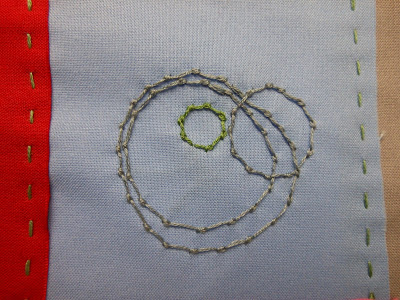 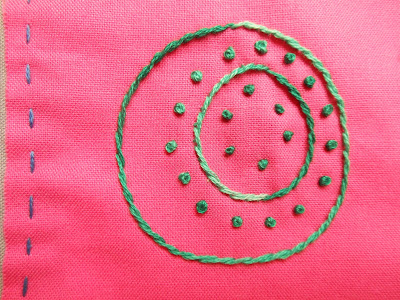 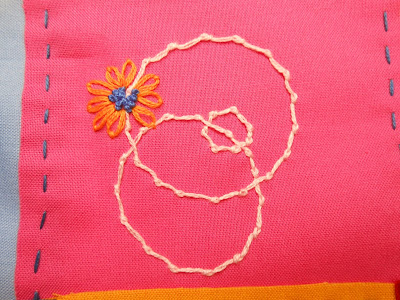 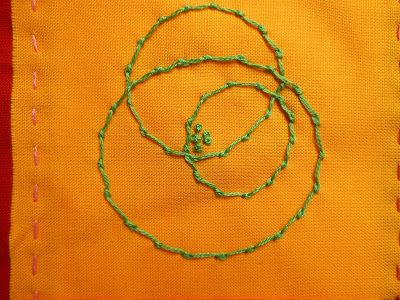 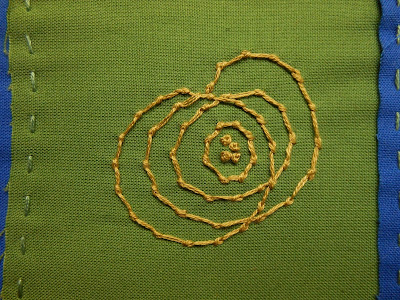 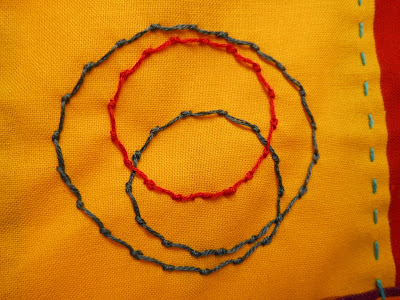 At the start of the year I had a hard time making good circles, since I was working freehand.  Often my circles had flat spots, as though they had fallen from a high place and hit the ground too hard.  But as the year went on they improved, becoming reliably rounder and more graceful.