Q = A = Q had several stunning pieced quilts, probably too many to list, so I'll tell you about some that stood out in my mind.  I need two blog posts to cover them all, so let's divide them by -- color!  Today, mostly neutrals; tomorrow, brights. 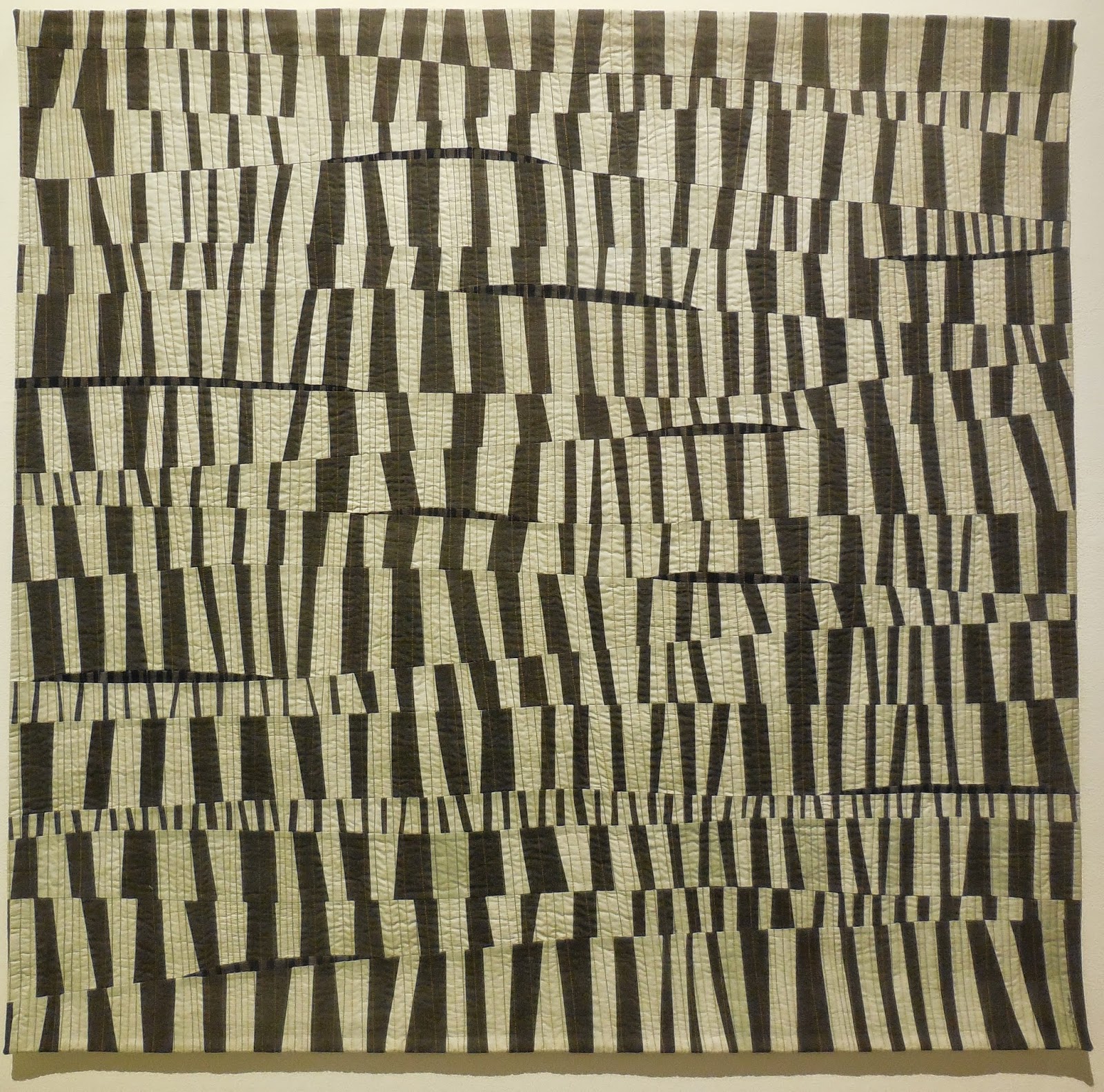 What could be simpler than brown and cream stripes, enlivened with a few slivers of brown and black stripes?  I liked the many different variations of that simple formula, some with skinny stripes, others with fat ones, the rhythms swelling and shrinking as you read across the lines, like music (and maybe the stripes represent piano keys?).  Playing the straight stripes against curvy horizontal seams was another nice touch. 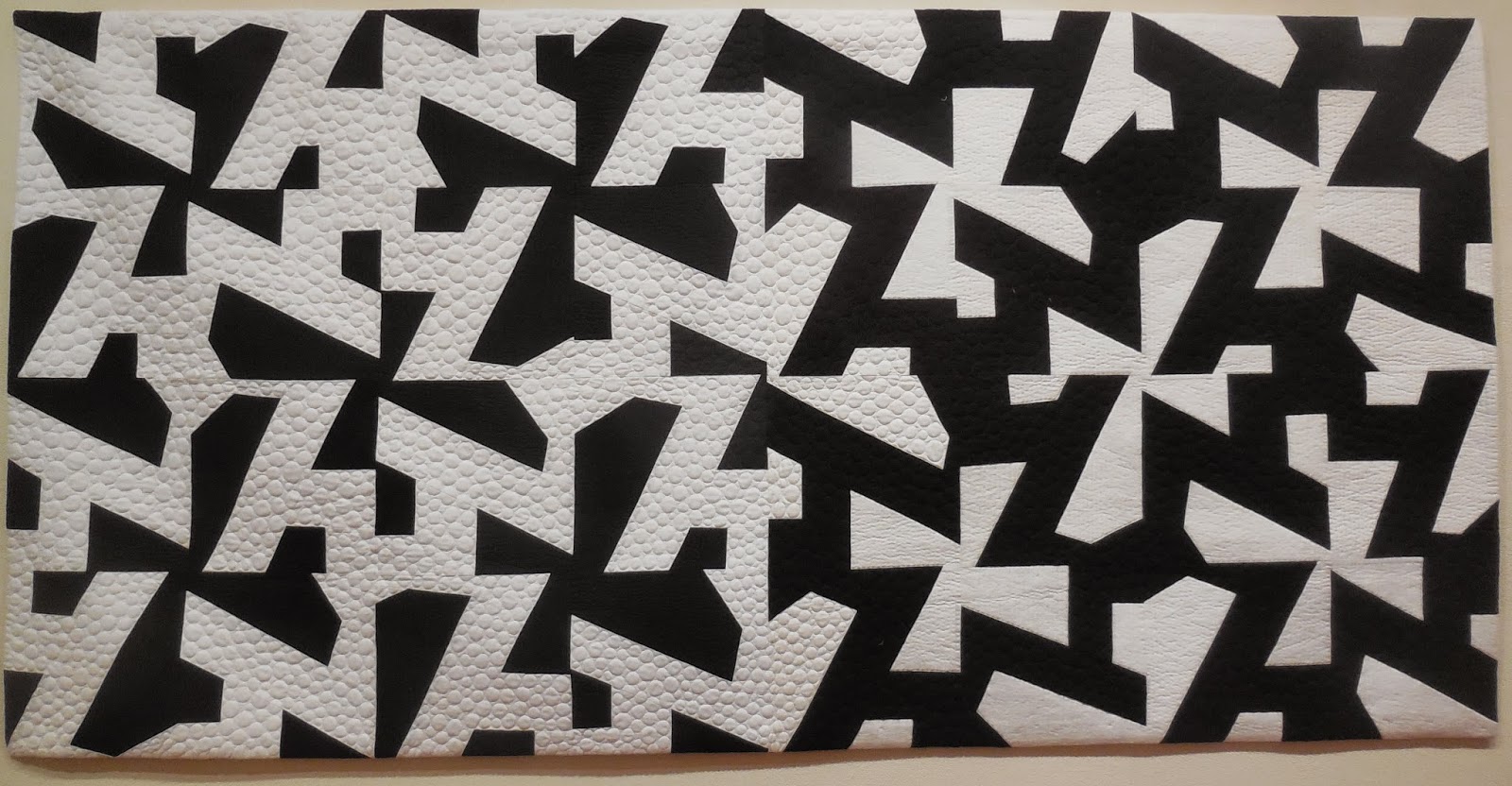 One asymmetrical block, white-on-black at the left, black-on-white at the right, turned in different directions to yield a surprisingly complex pattern.  Pinwheels in the center of each four-block set, but no two of them alike.  I spent a lot of time trying to figure out the plan and decide which was the figure, which the ground. 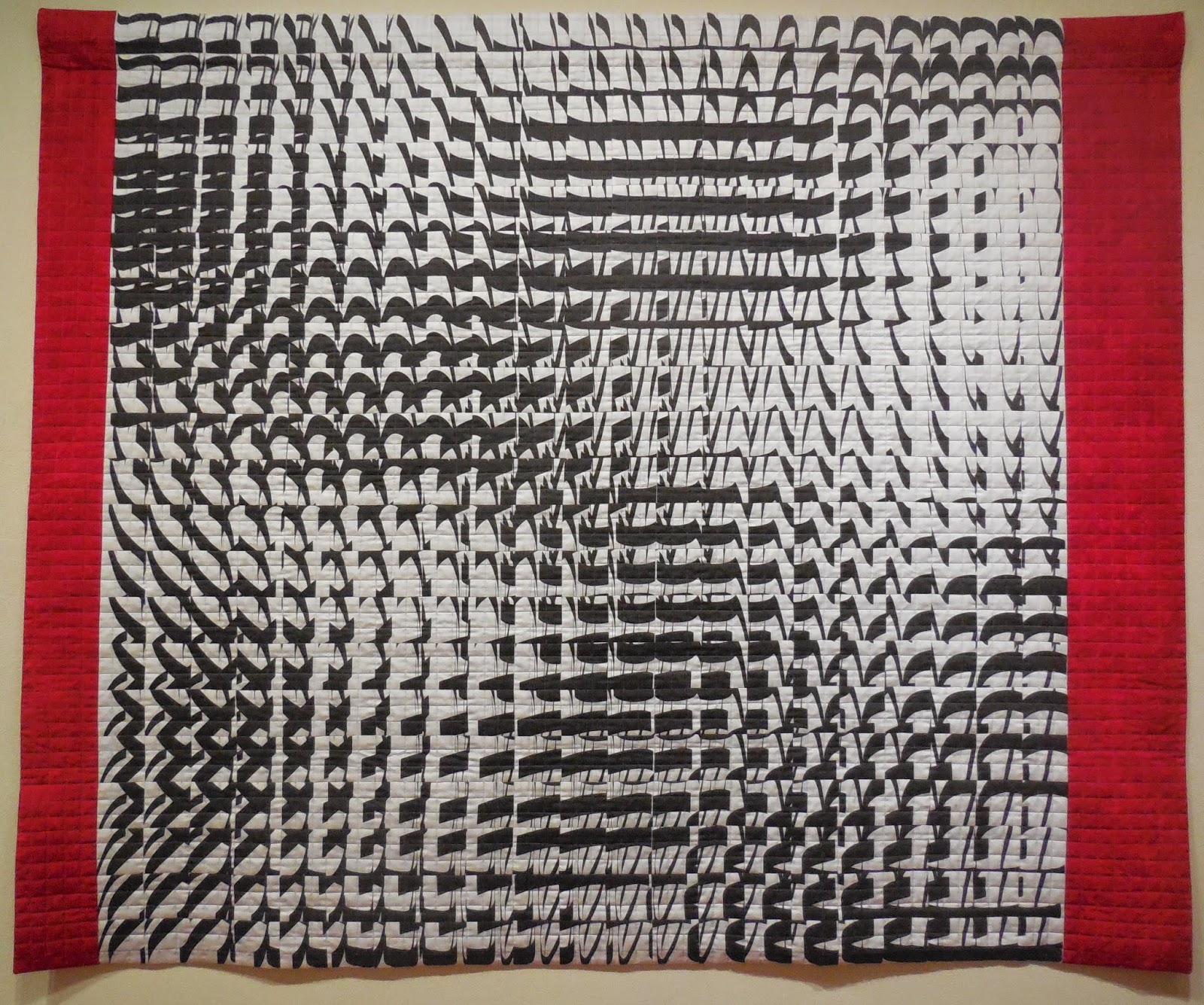 The path to this dazzling composition was complicated; first the artist designed a black-and-white pattern and had it printed onto yardage.  Then she cut the yardage into carefully planned blocks and pieced them to resemble the fracturing of a view by a faceted windowpane. 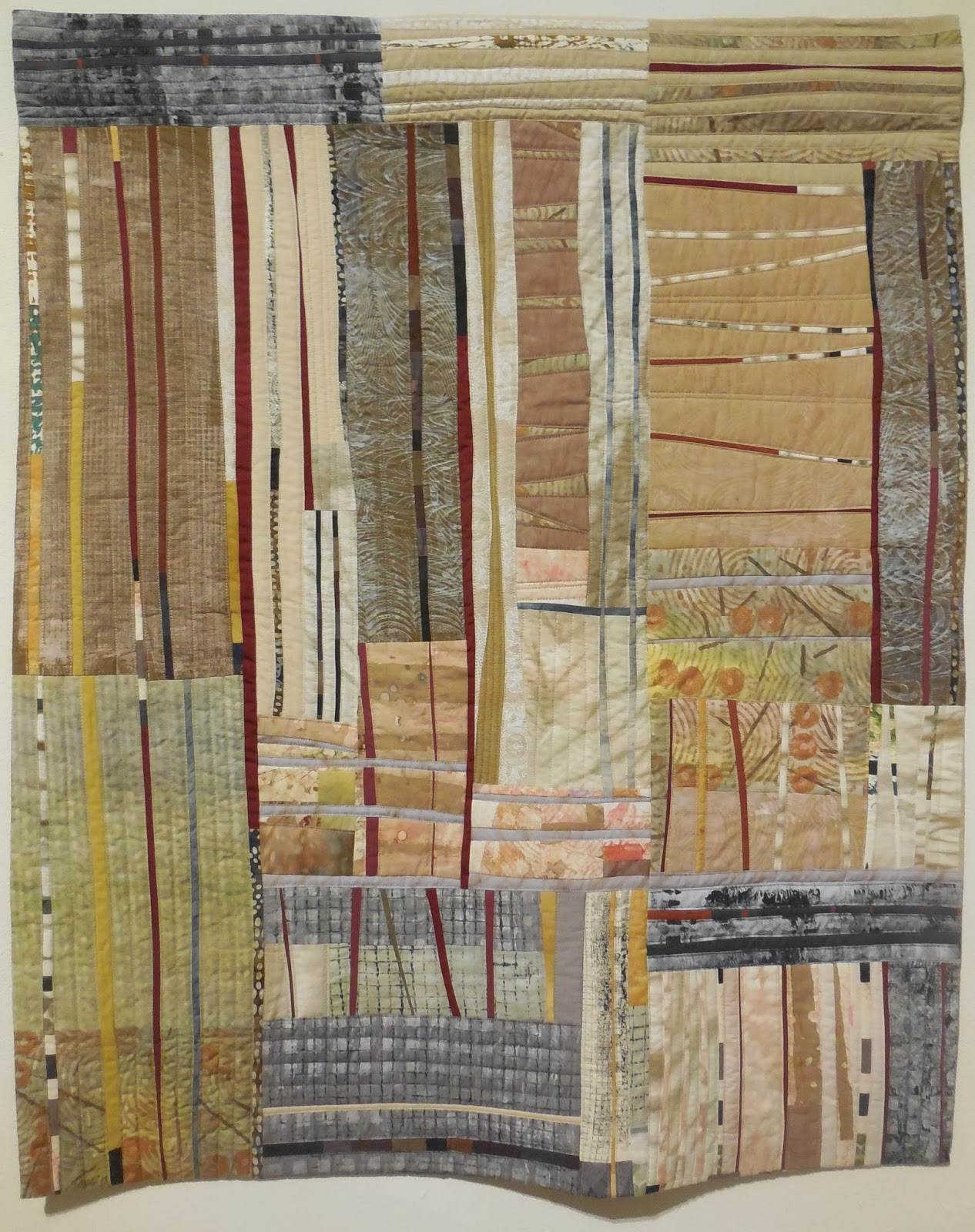 A small composition of blocks and skinny stripes, conjuring a forest; I believe all the fabrics were painted or screenprinted by the artist.  Lots going on in the surface design and the composition, yet the overall effect is calm. 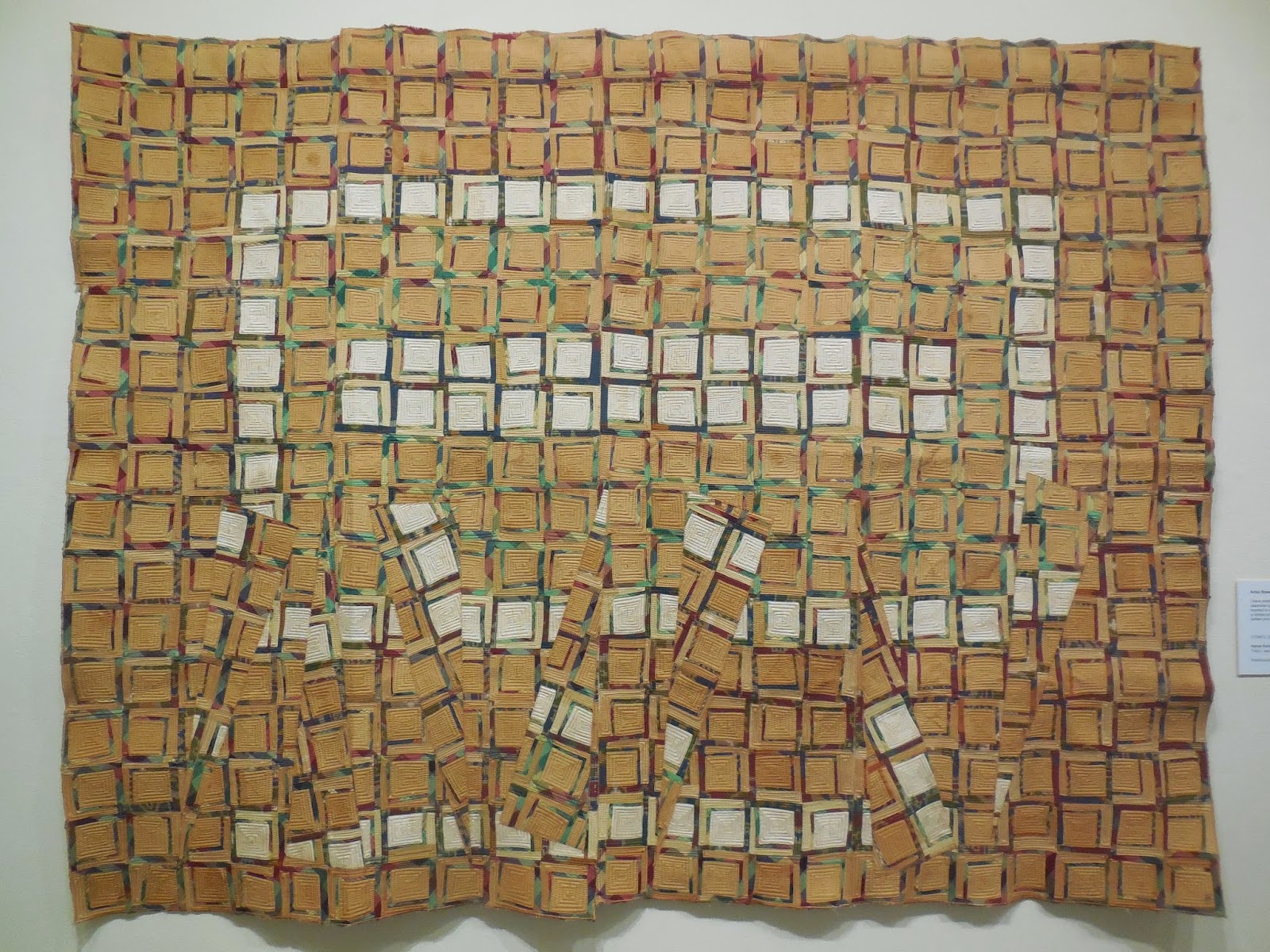 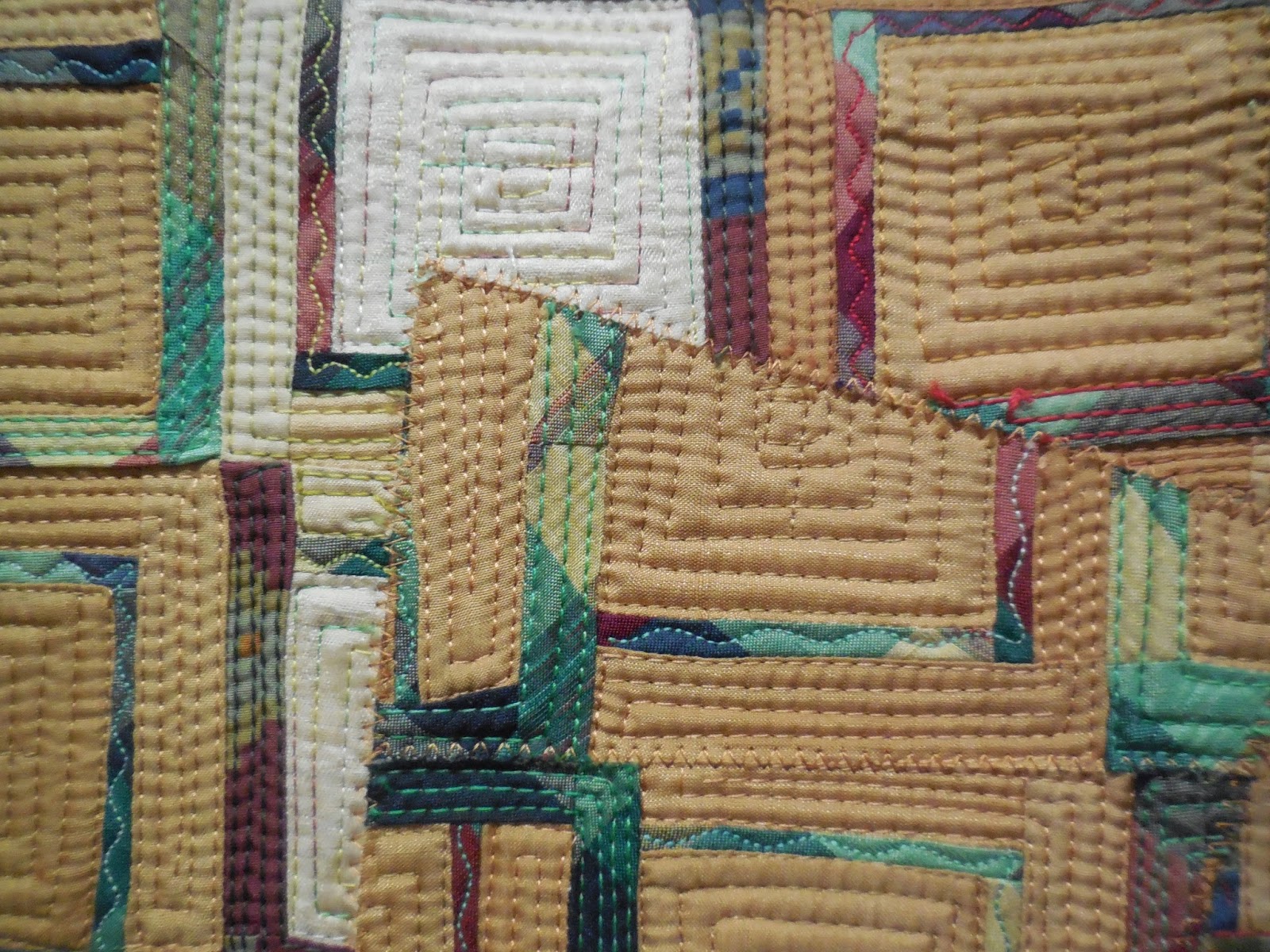 One of the more unusual of the pieced quilts: it started out conventionally pieced (from antique Japanese fabrics) and densely quilted, then got sliced into wedges that were repositioned and machine appliqued onto the"foundation" quilt.  I liked the fact that the grid was kind of freehand rather than precise, and one of those subtle Japanese palettes that somehow end up more sophisticated than when we Westerners use the same colors.


Posted by Kathleen Loomis at 5:52 AM