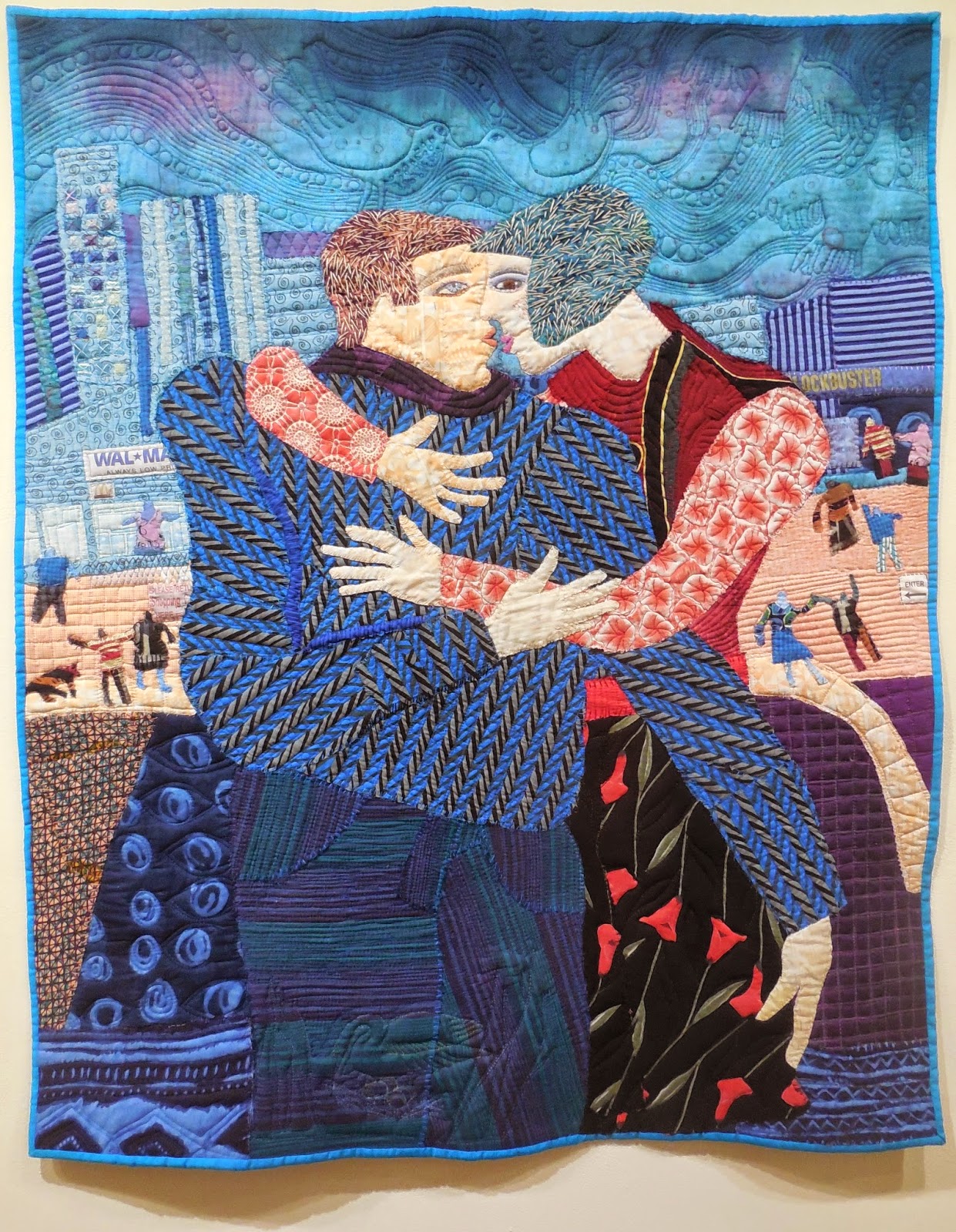 I liked the style -- stylized without being cutesy -- and the palette, composition and craft were all up to speed.  A nice use of commercial fabrics, and elaborate quilting in the sky. 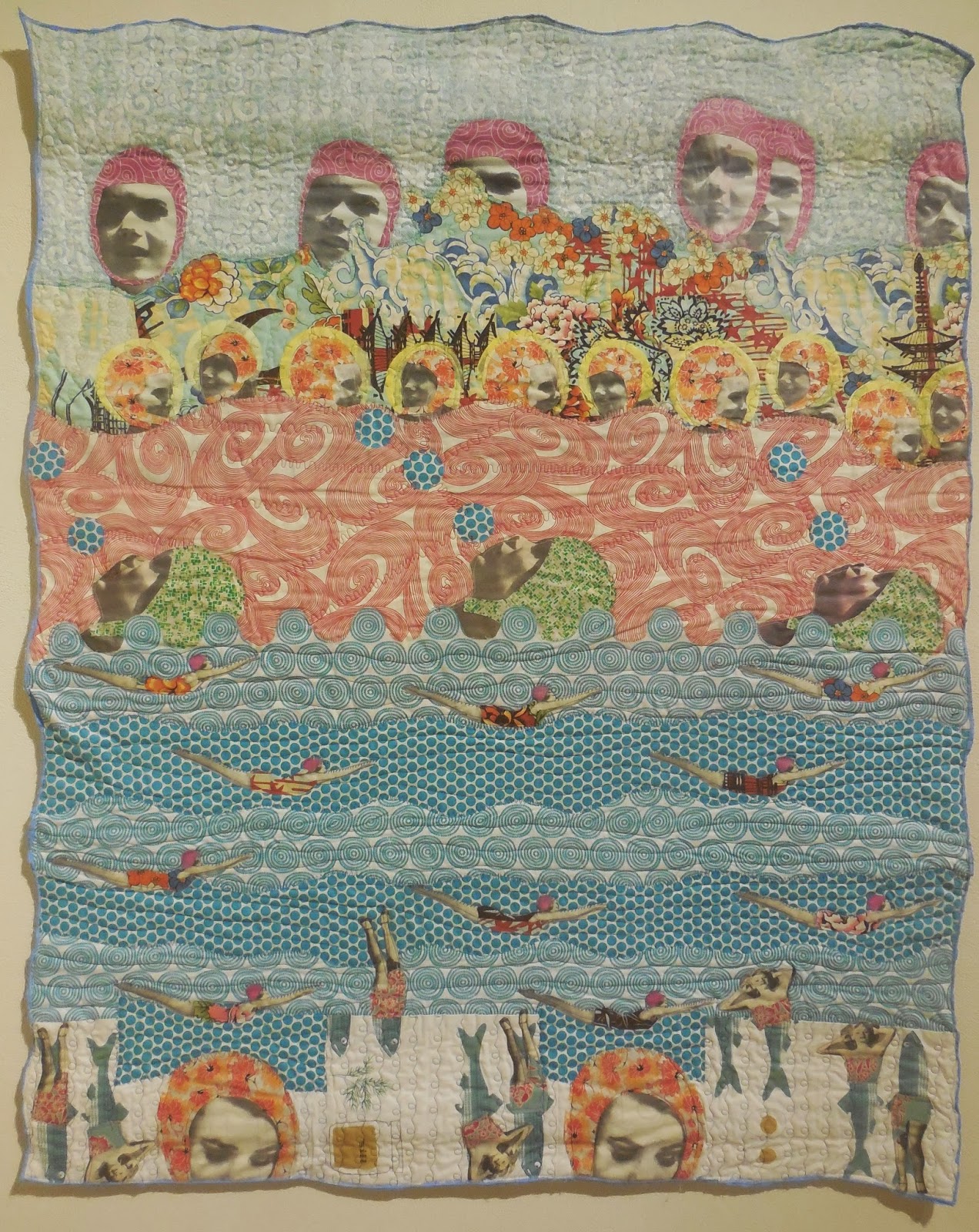 Margaret Abramshe, Synchronized in the Sea of Love, 49 x 40"

Mostly done by phototransfer, this quilt relies on three repeated motifs -- girls in bathing caps, swimming girls, and fish -- for a narrative with a bit of mystery.  Every now and then symmetrical is the way to go for tying disparate elements together, and this composition works well. 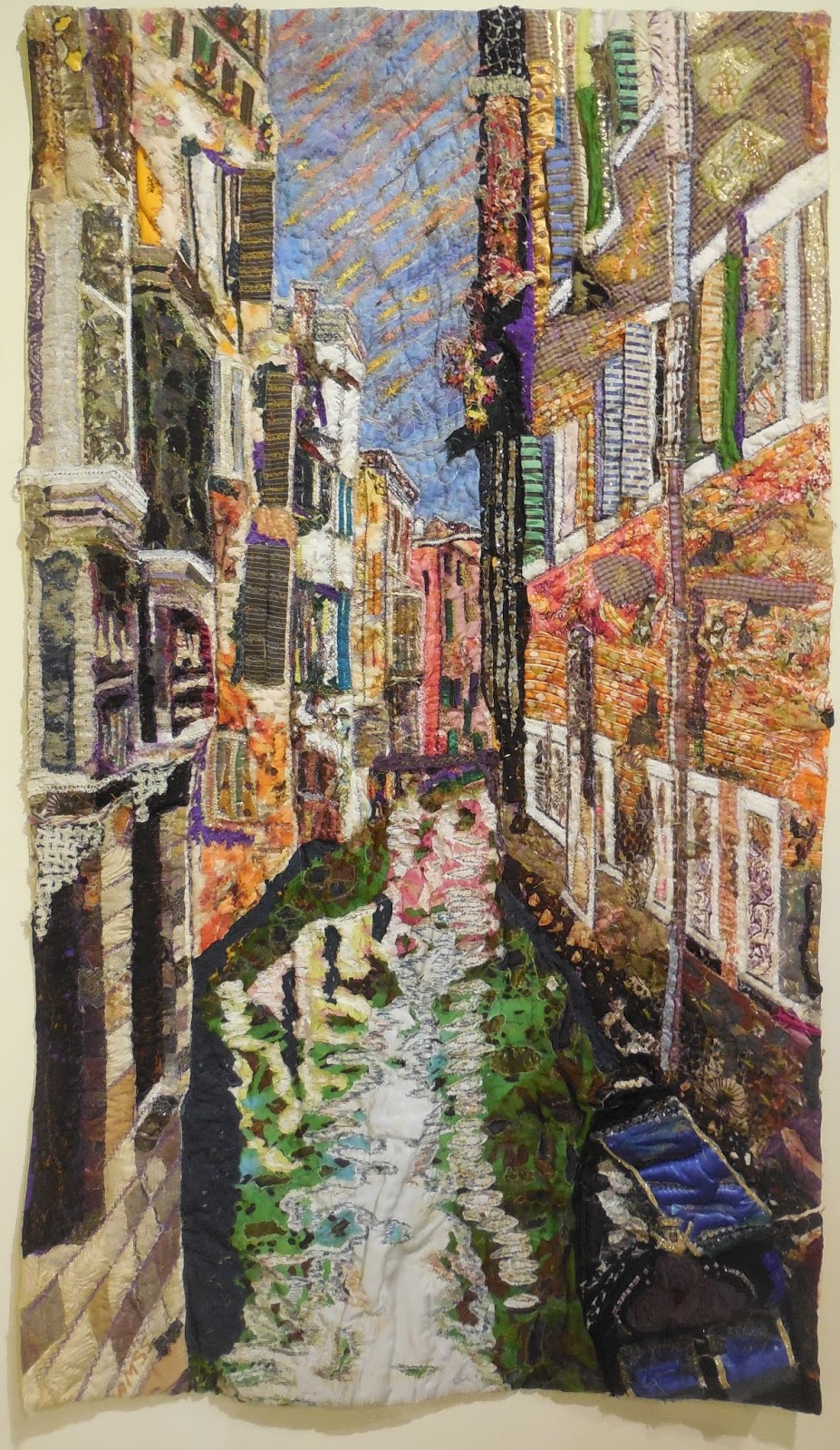 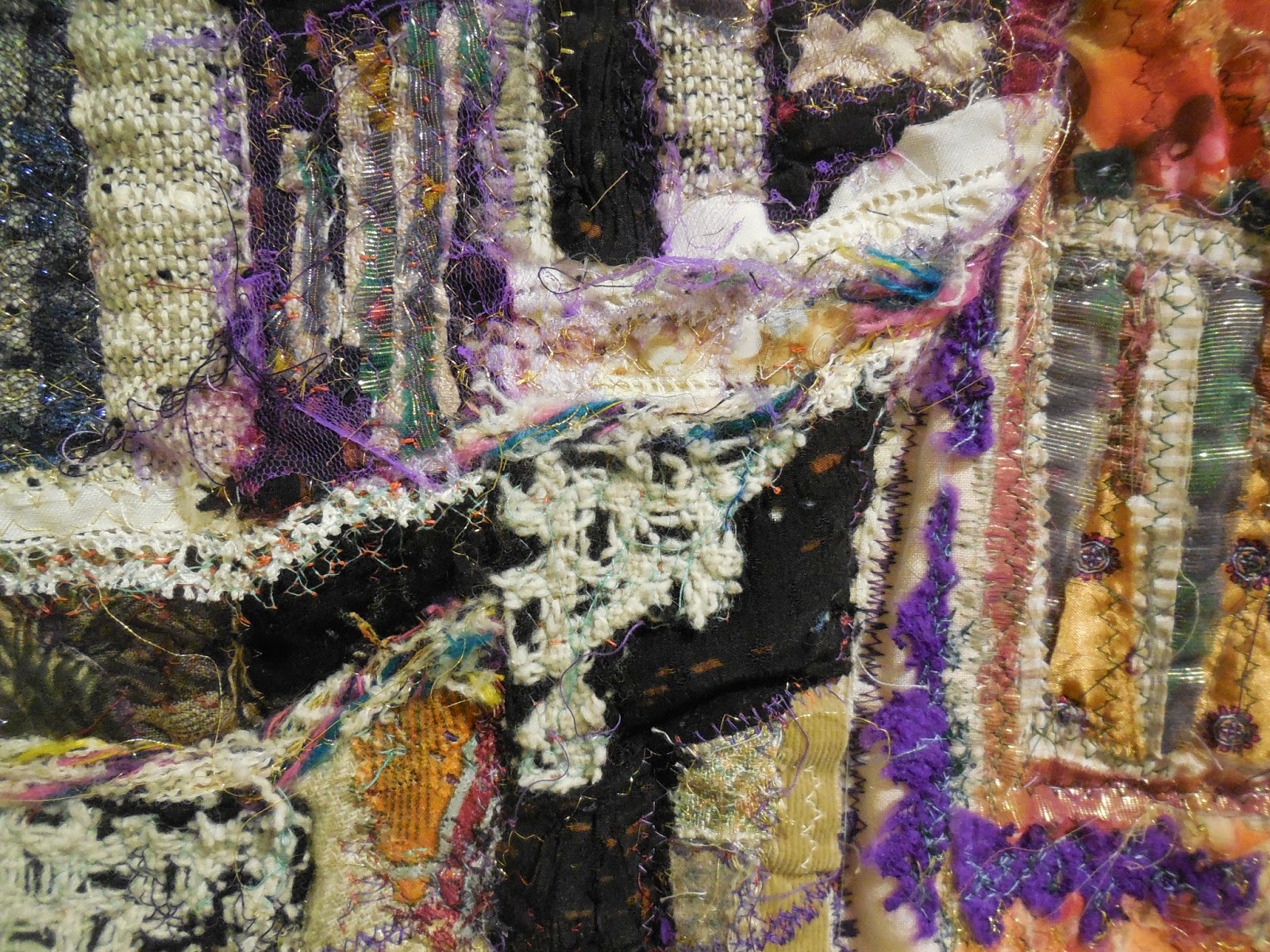 This cityscape is made from fabrics and trims of many different materials, densely layered on to create painterly texture and depth. In the photo it may look a bit heavy-handed, but in person it's stunning. 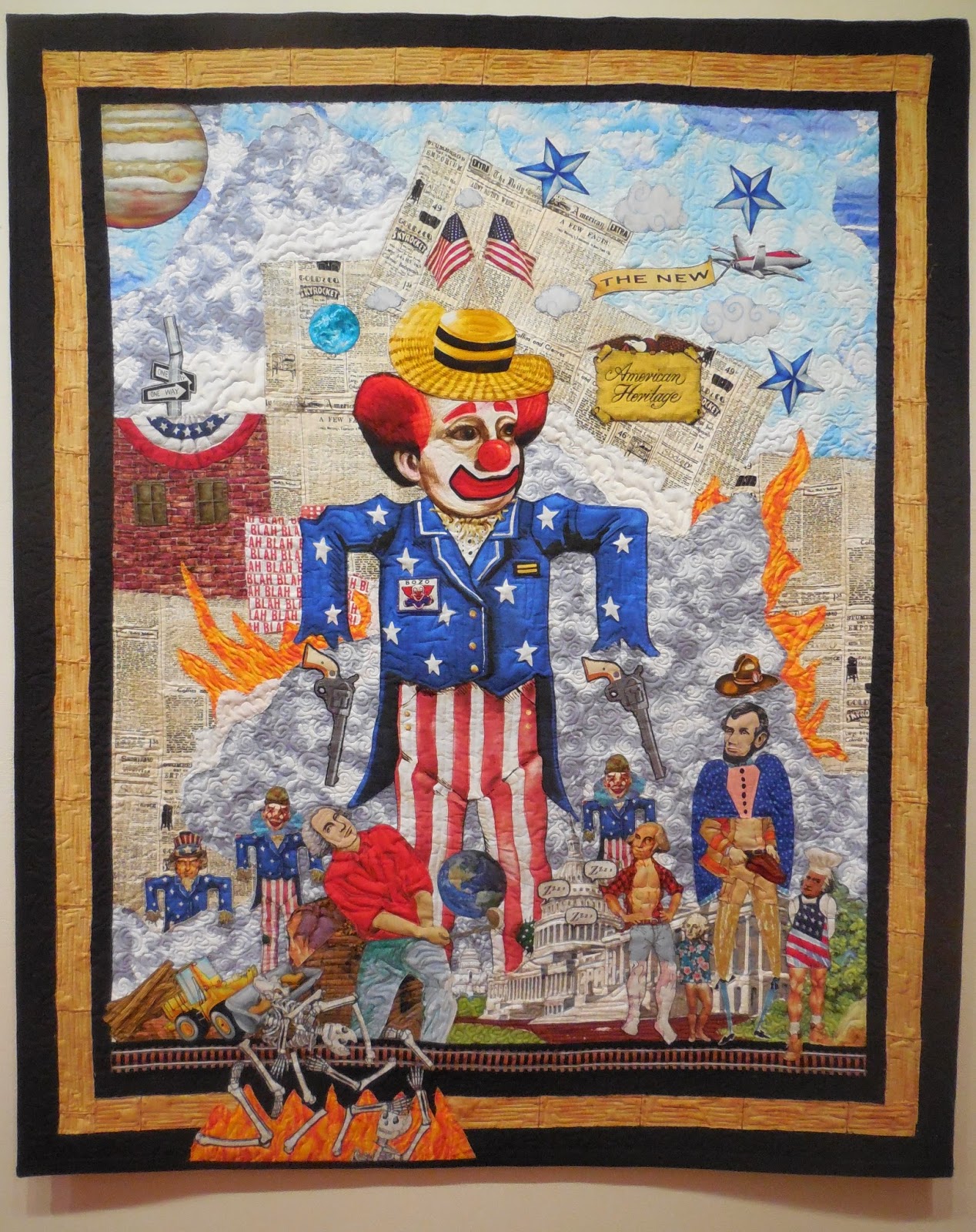 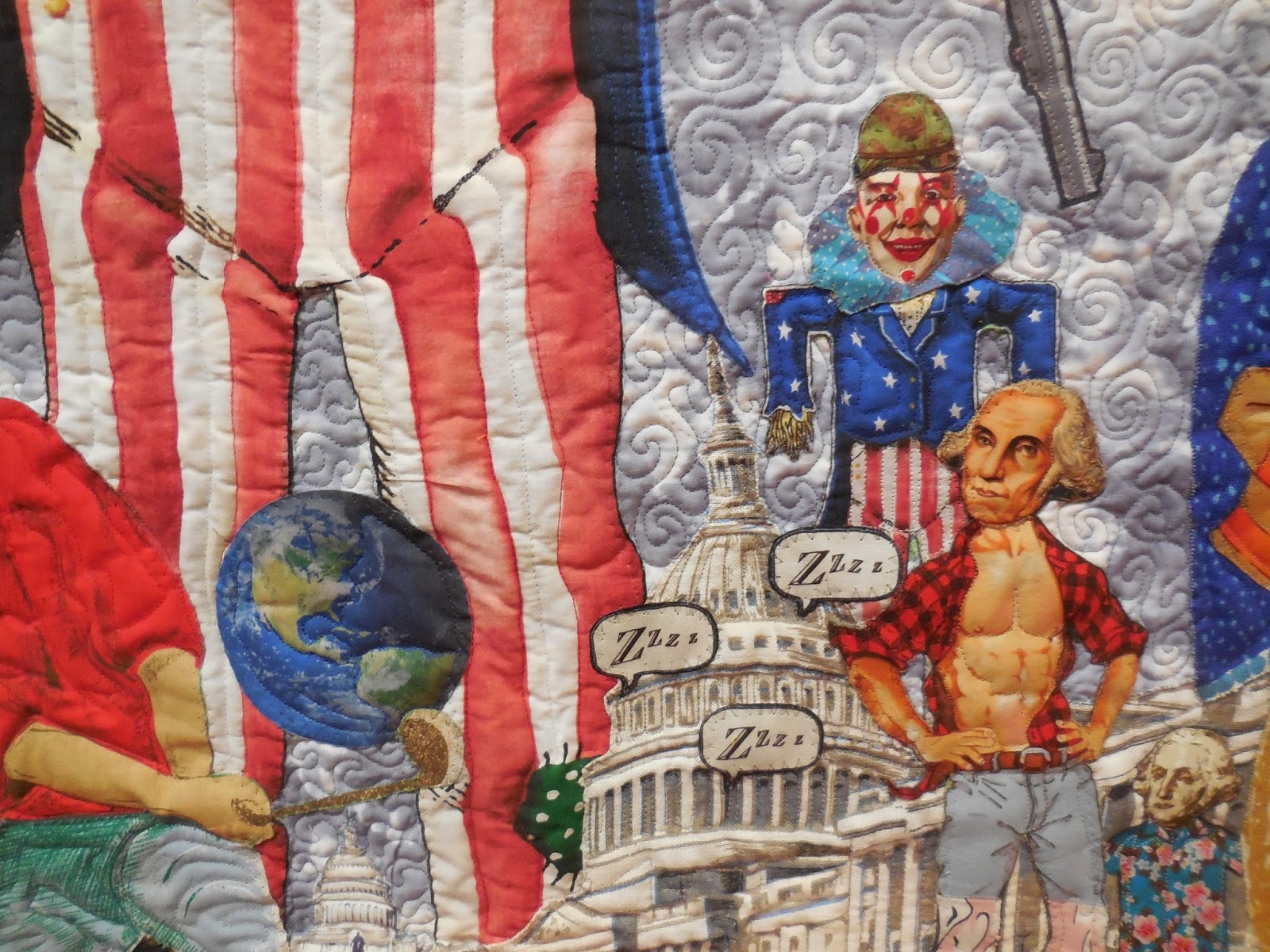 Shawn must have the world's greatest collection of novelty prints, which he deploys in his never-ending series of quilts making snarky comments on politics and culture.  Here he cut up a vintage wall hanging and tea towels as well as other fabrics for images of Washington, Lincoln, Uncle Sam and other American icons. 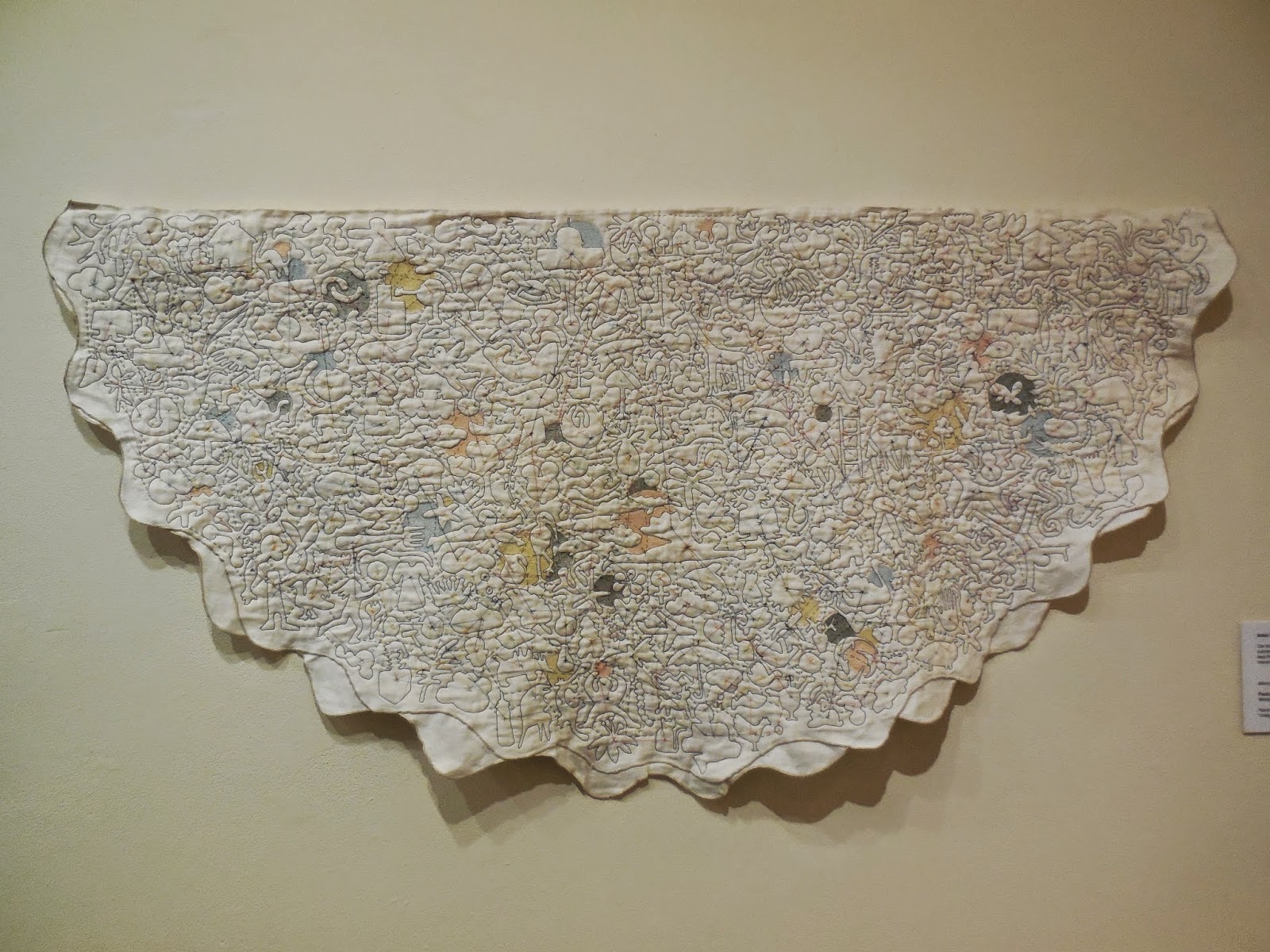 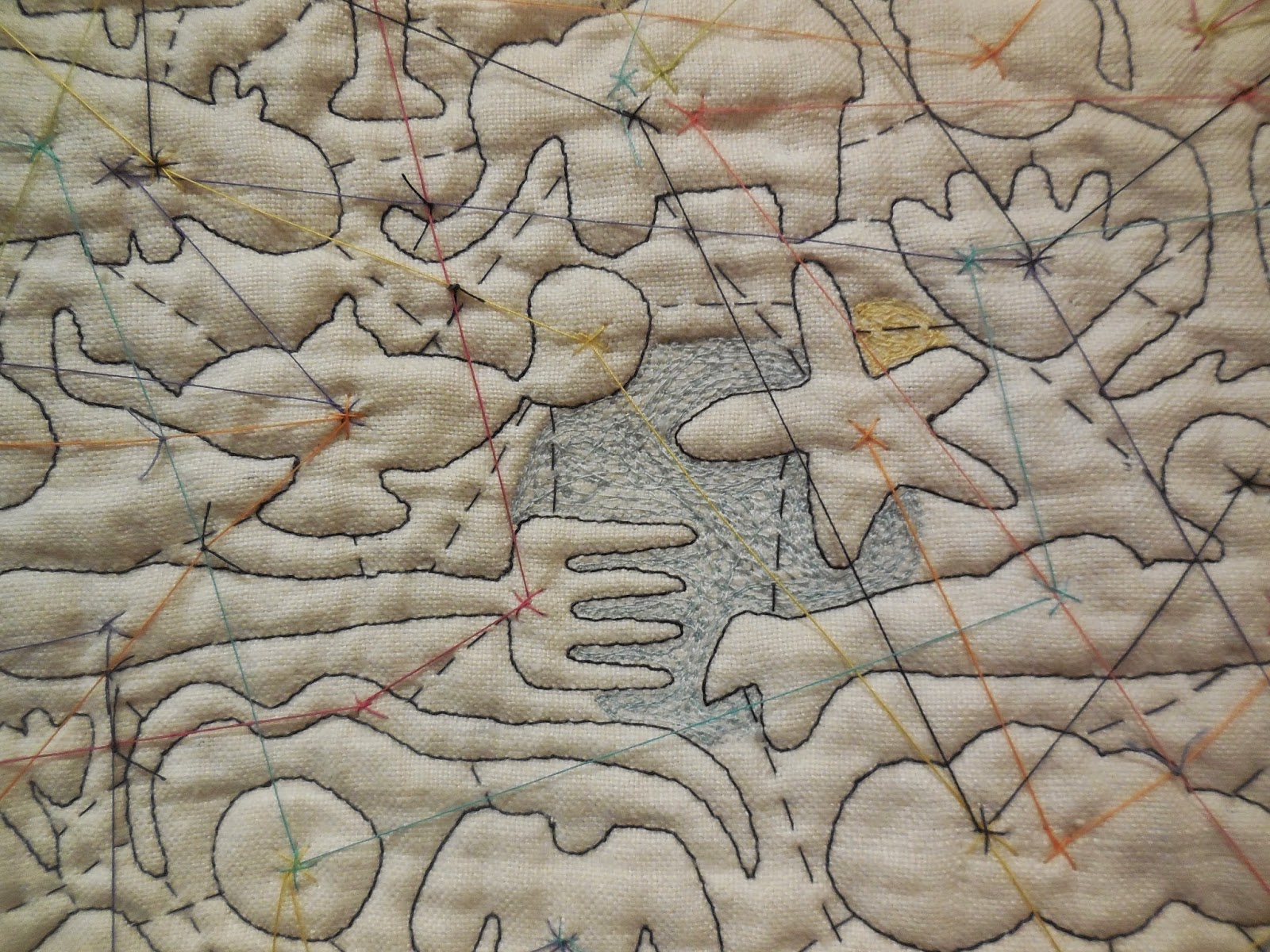 And finally, here's a masterpiece of drawing, an extended stream-of-consciousness doodle in free-motion machine stitching on a vintage tablecloth.  I don't know what the elephant has to do with the starfish or the hippo or the fork or the genie's lamp, but I love the way the line covers the whole surface, punctuated by areas of dense pastel filling stitches.  As a finishing touch, the long threads between little star points are allowed to float over the top of the drawing.