Valerie Goodwin, my fellow juror for Q=A=Q at the Schweinfurth Art Center, is an architect, and her work often looks like maps or site plans.  My work could often be accused of resembling aerial landscapes or city grid plans.  So obviously you have two people who love maps and plans.

But we couldn't have populated a show with a whole lot of maps unless they had been submitted for our consideration.  Perhaps it's something in the water -- or perhaps a bunch of artists decided to be oh-so-clever and enter map quilts thinking they'd appeal to the jurors.  Whatever -- it worked.  We included several such quilts in the show.

I've already written about Beth Miller's map, which won the award for best handwork, but here are the rest. 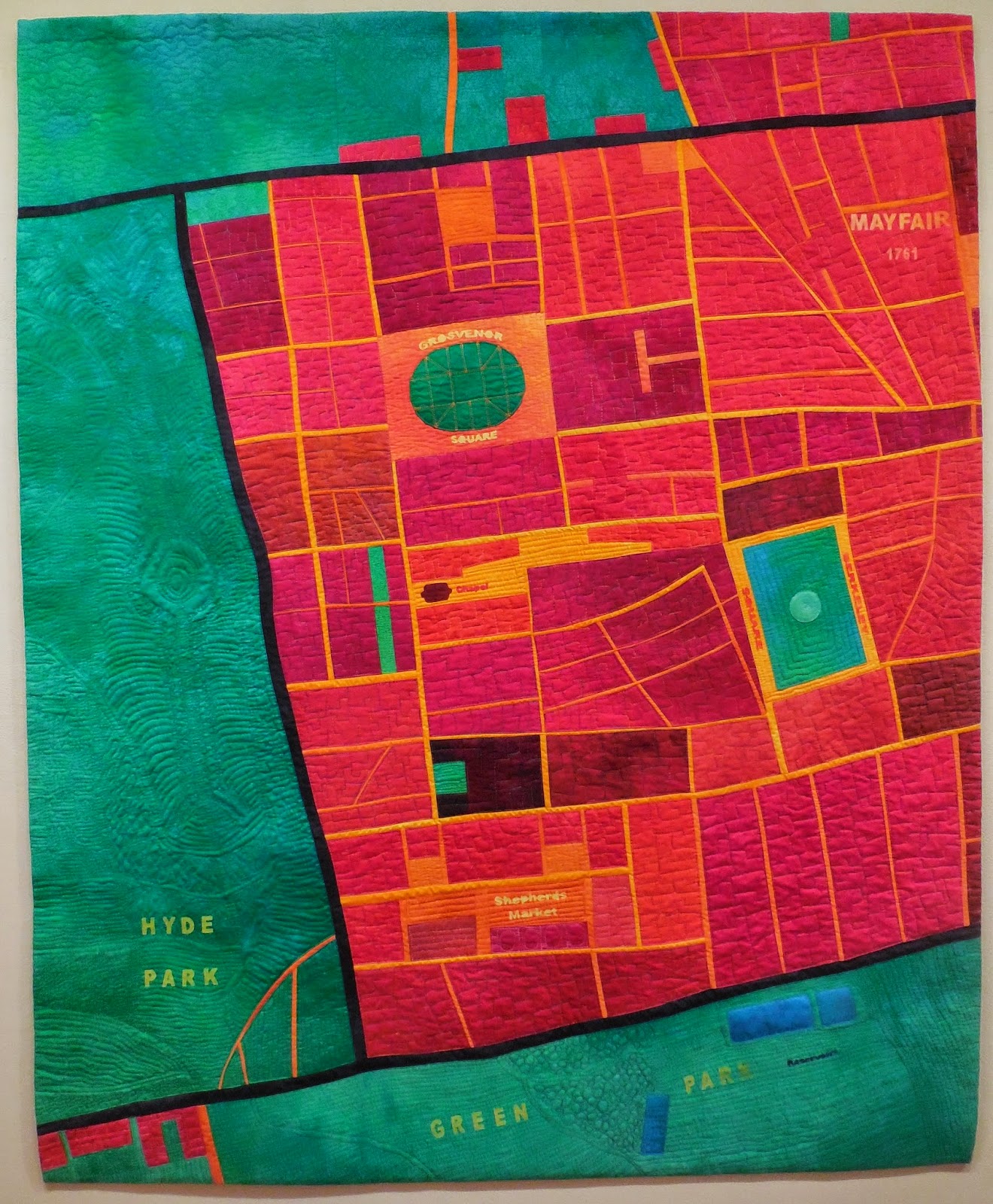 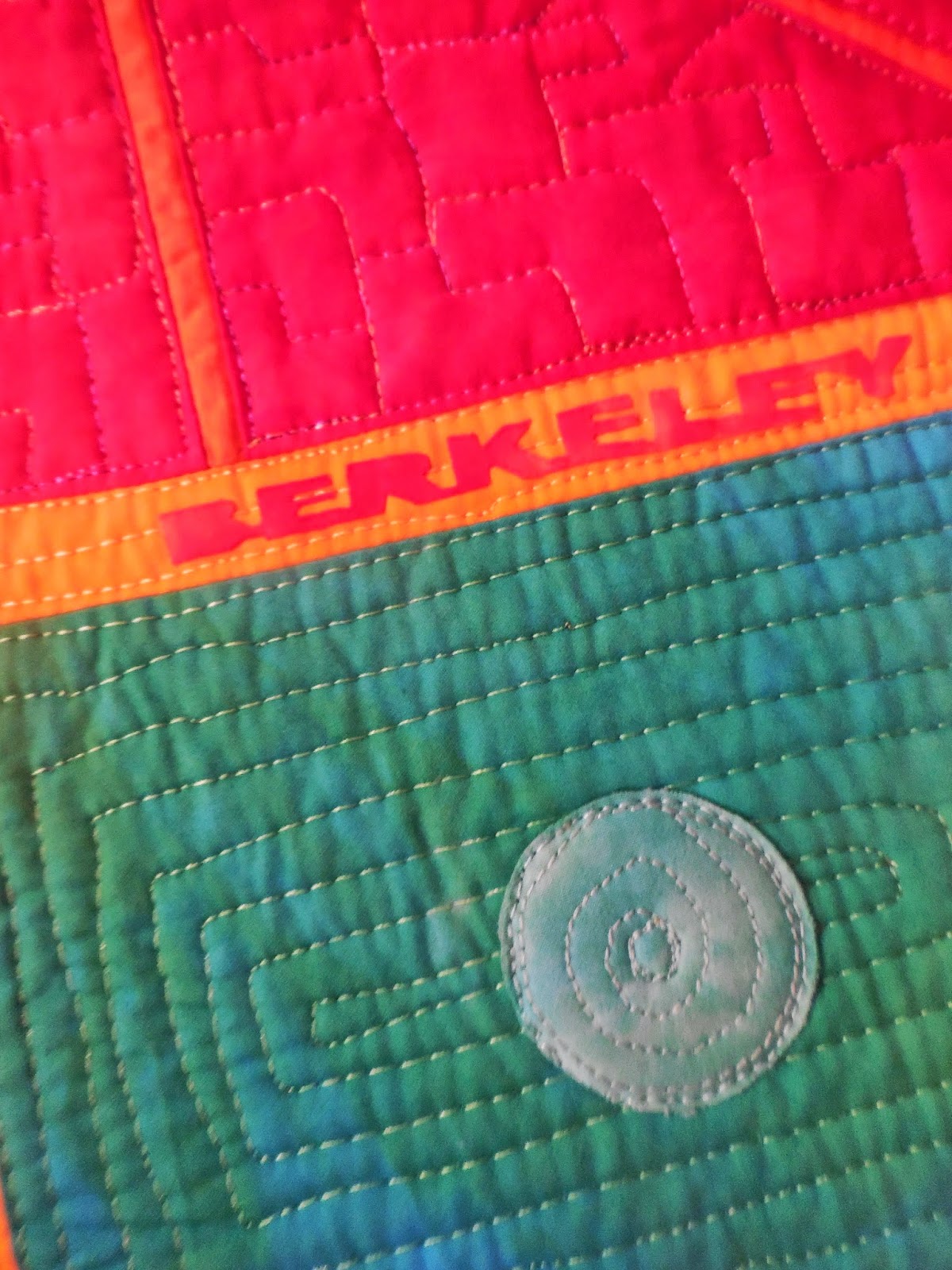 Everything but the fused lettering is machine-pieced or machine-appliqued in this view of central London, an accurate replica of an 18th-century map. The cheery color scheme and jaunty quilting gave it a modern air. 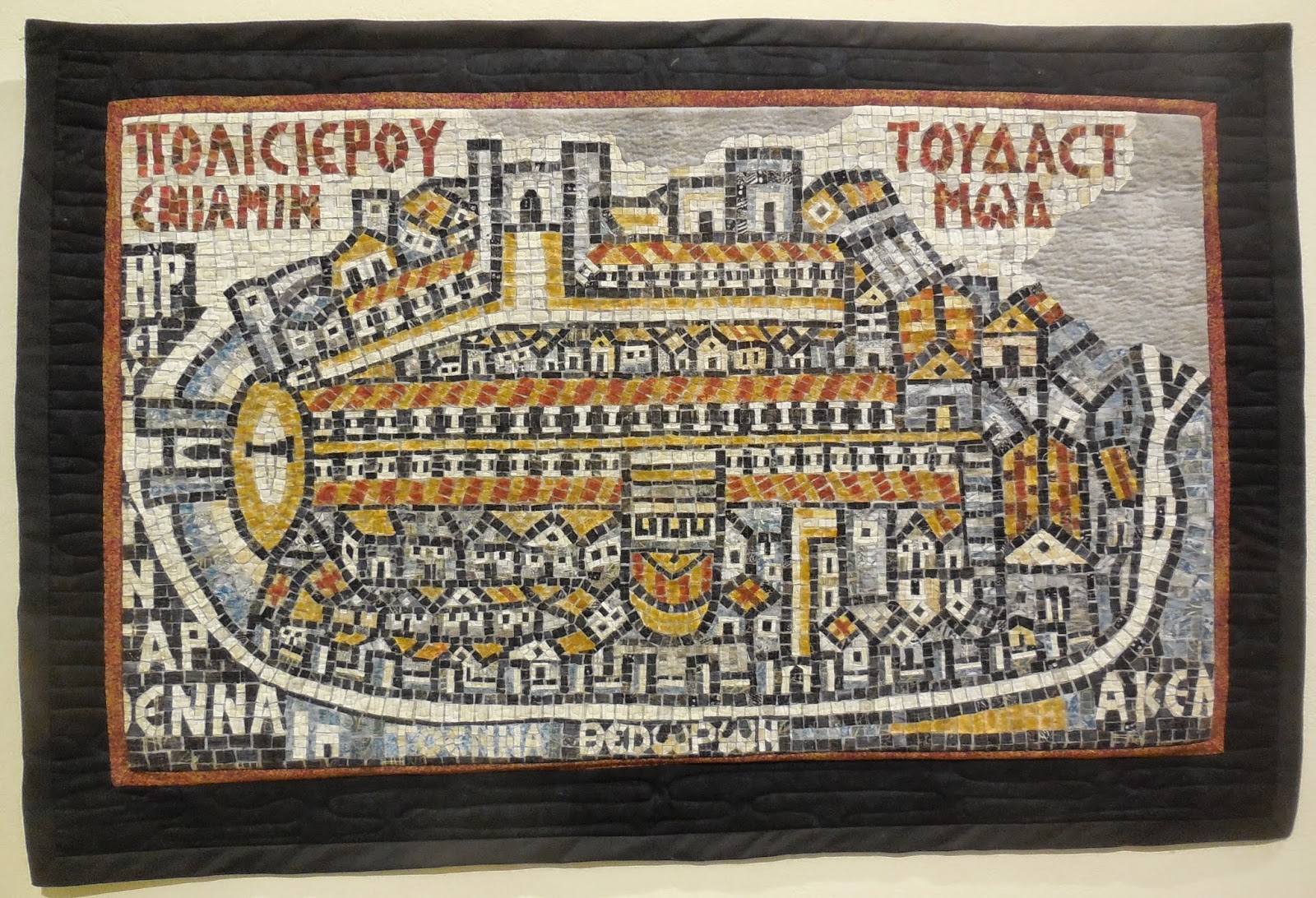 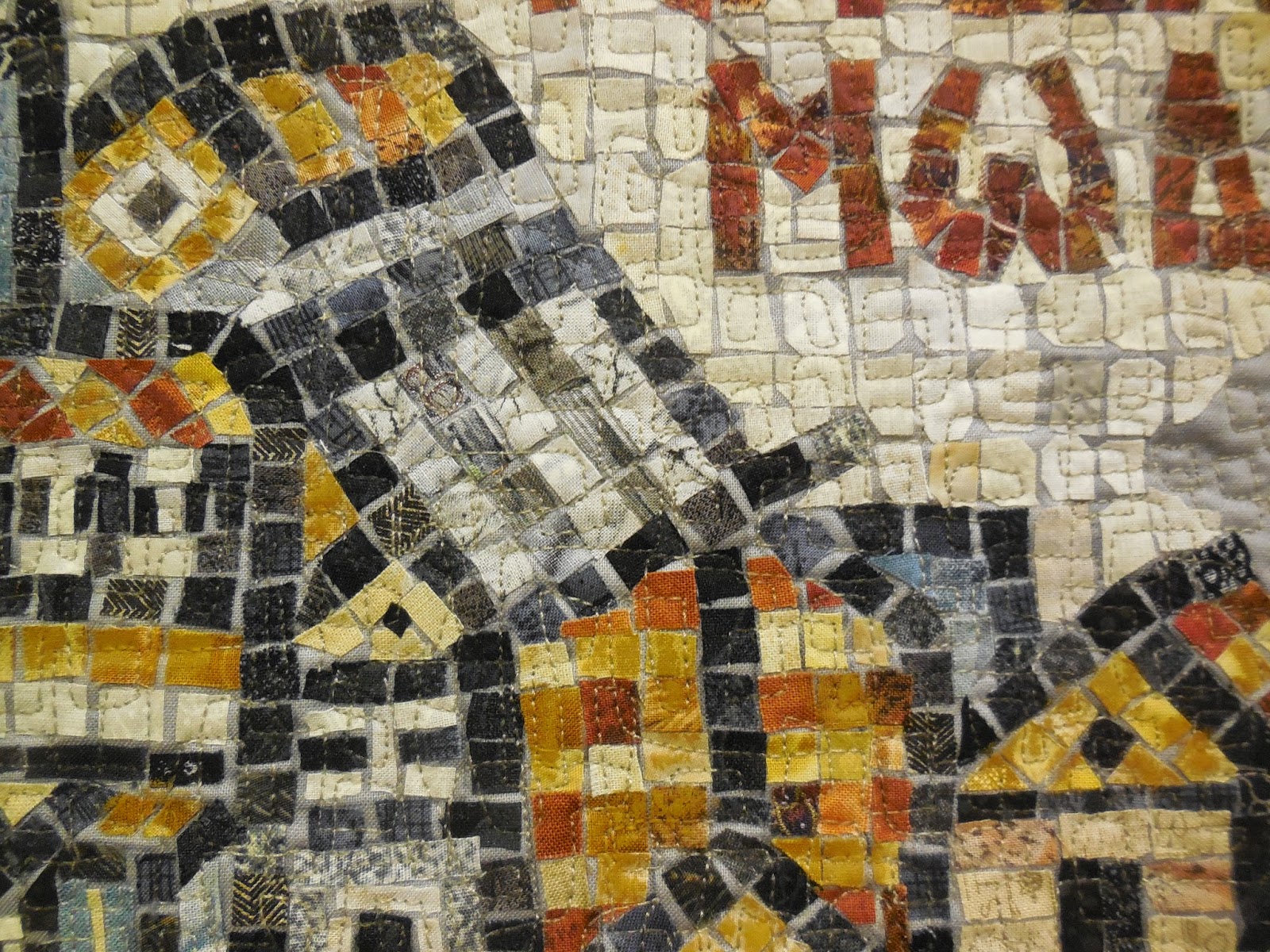 Another faithful replica of an ancient map, except this one is mosaic, perfectly translated into fabric with raw-edge applique.  I liked the casual stitched line, meandering across the tesserae with the occasional loop and curlicue. 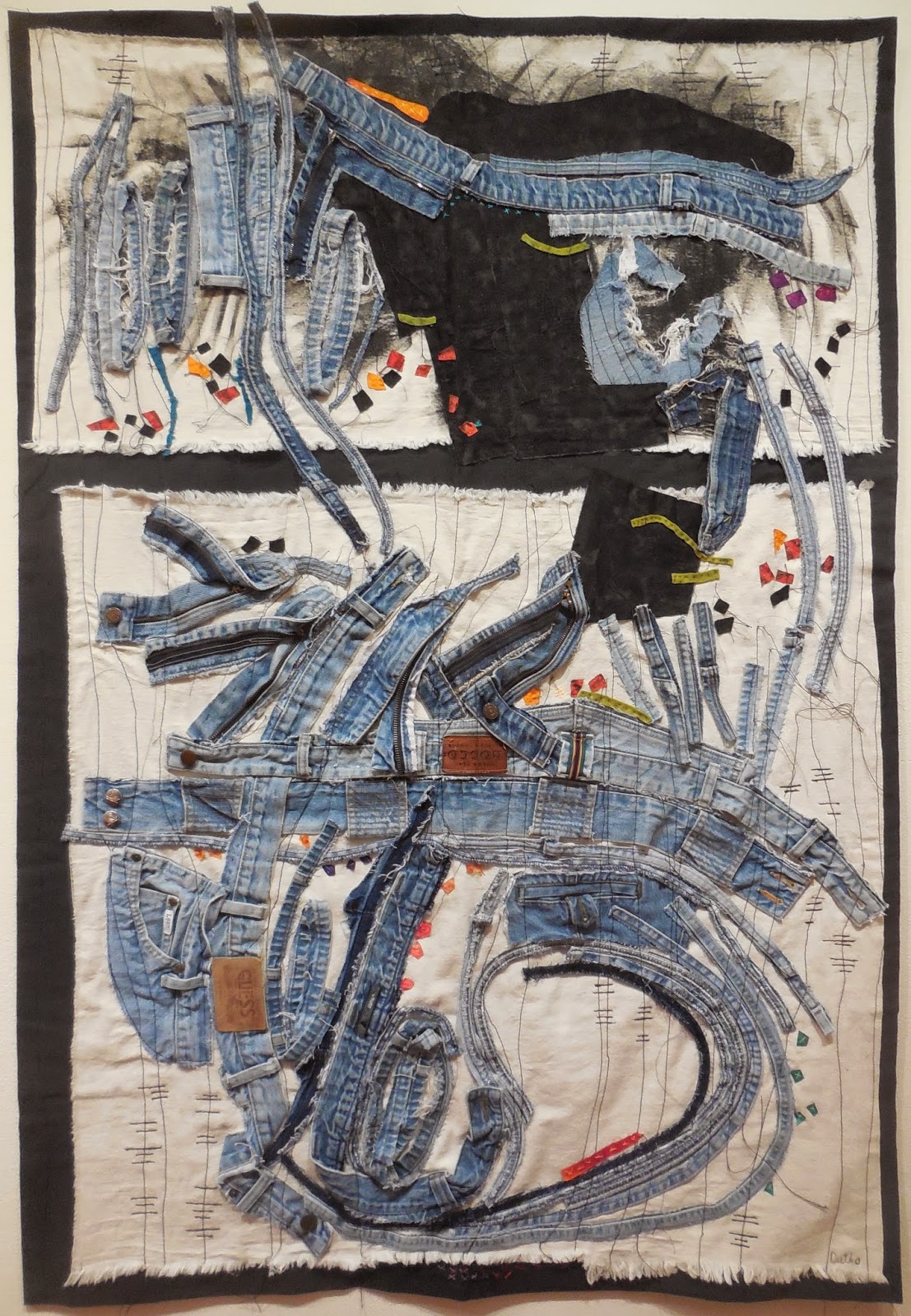 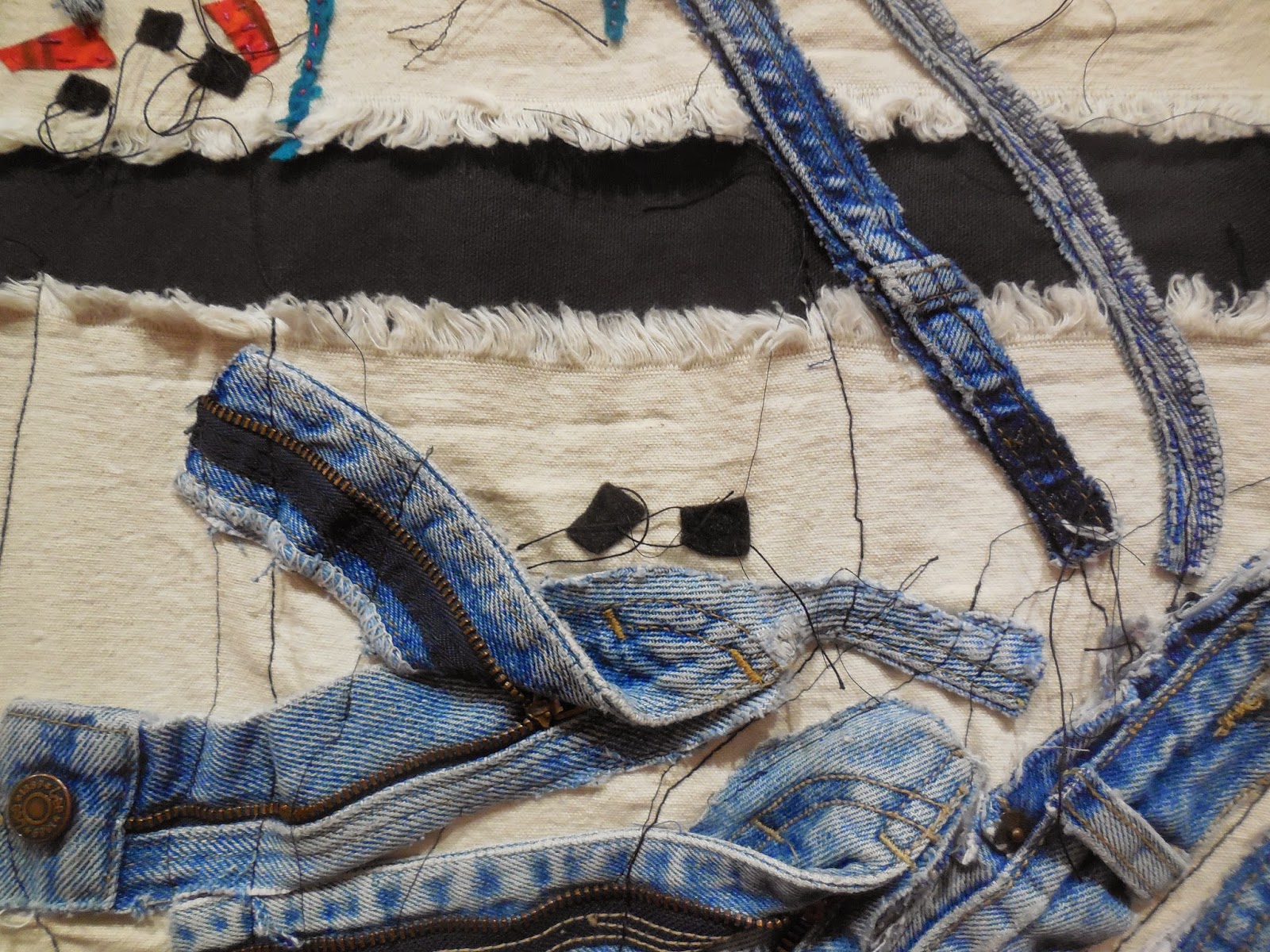 Here's an imaginary map, or rather an abstraction of a map. The artist says "the river and bridges remind me of Pittsburgh, but it could be one of many placed where industry has flourished."  The worn denim, frayed cotton and loose thread ends convey a hard-worked Rust Belt vibe: a great use of materials to reinforce meaning. 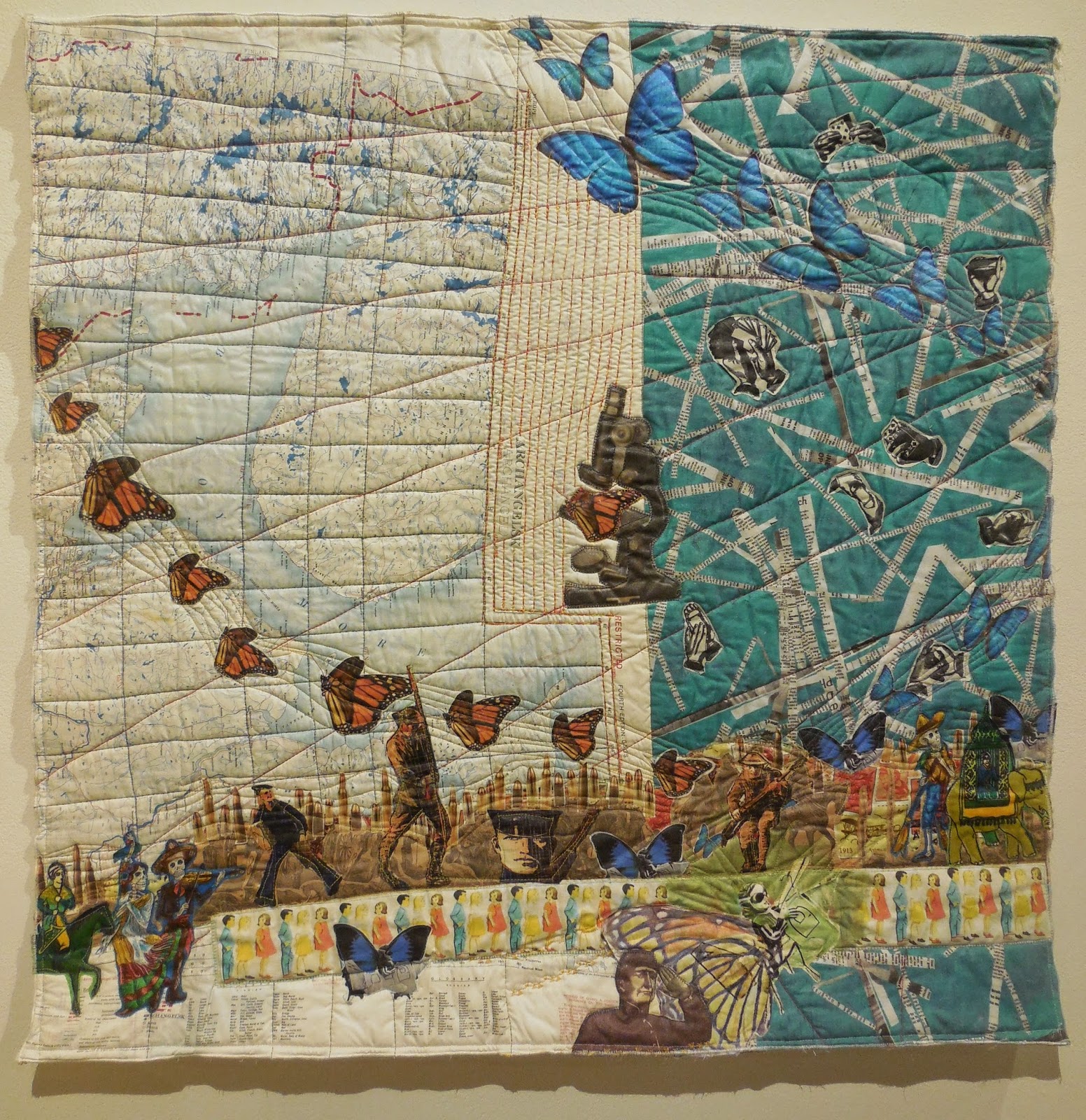 Margaret Abramshe, The Boy and the Butterfly Effect, 49 x 27" (detail below) 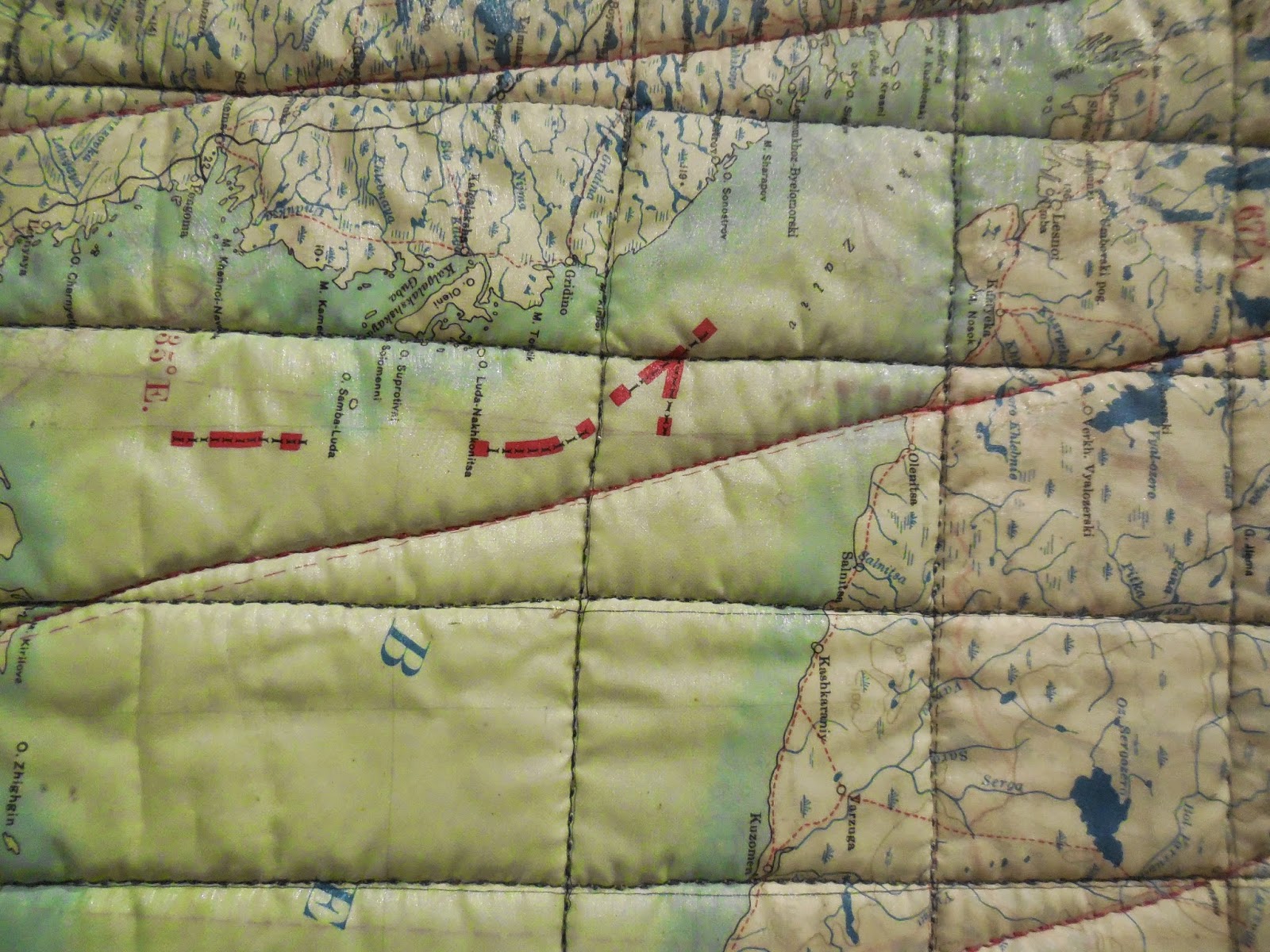 This quilt uses an actual map of Arctic Russia, a silk scarf issued to wartime Navy aviators in case they were shot down and had to make their way across unfamiliar geography.  The quilt is a collage of vintage images; I liked their juxtaposition  into a narrative, and how the quilting echoes the latitude and longitude lines of the map.

Several other works in the show had map-like auras, but that's probably always true of intricately pieced quilts.  We loved them all.  The show remains up at the Schweinfurth, in Auburn NY, through January 4.  Make a visit if you can!