What I learned from my failed series


After I had abandoned several series over the course of a couple of years, I decided I was coming at it the wrong way.  Instead of looking for a striking visual image, which might very well fail to have meaning, I would start with the meaning and search for a way to portray it.

That method had served me well in guiding my long series of quilts about the World Trade Center and the war in Iraq.  So I tried again.  I decided that one of the major ideas that kept recurring as I contemplated the world was the sense of losing control.  Our environment was becoming more polluted, our infrastructure was going to pieces, our political system was becoming dysfunctional, the weather was becoming more erratic.  I used the word "disintegration" as a heading for all these concerns. 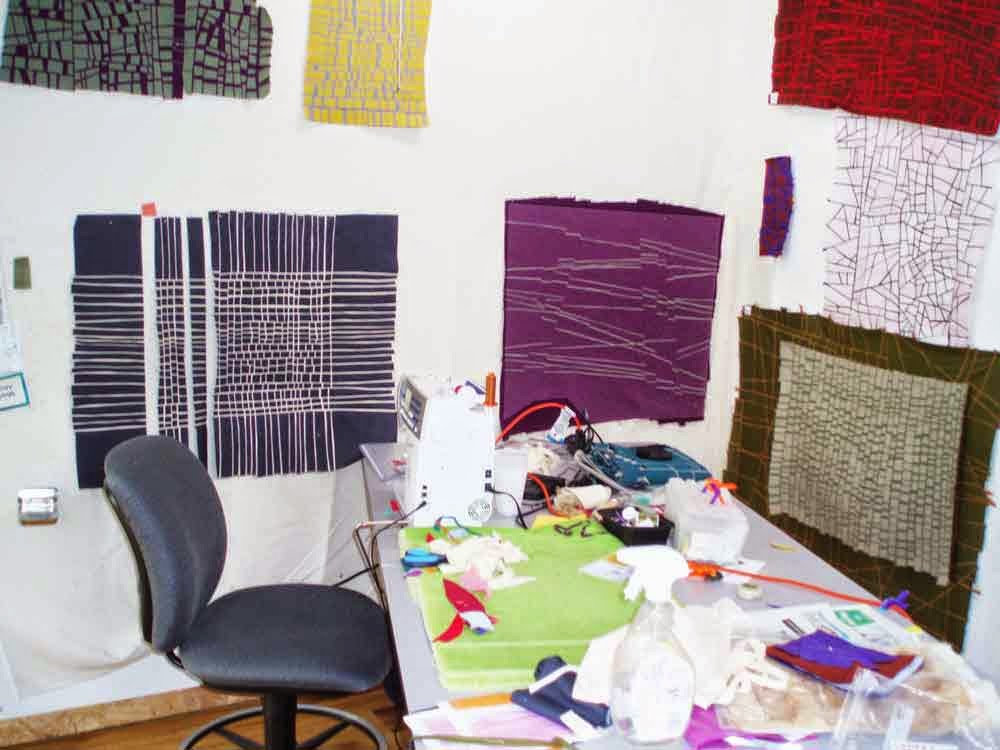 During a two-week workshop with Nancy Crow in 2007, I had a breakthrough, making several small studies exploring various ways to express disintegration or chaos.  At least four of the pieces on the wall eventually turned into finished quilts, leading to at least three separate series.

I don't suppose this method would work for everybody.  I have always recognized that my visual art starts with words rather than images; my "sketchbook" consists of a verbal description of what I want to accomplish.  I rarely know what a piece is going to look like until I actually make it.

But it has worked for me: start with the meaning, find the visual.  If you operate the other way around, start with the visual and find the meaning.  In fact, I have used this thought process to talk with artist friends who feel stalled in a series.  I ask them, What is this series about?  Why is that important to you?  What aspect of this quilt signifies the meaning (is it the color, the line, the composition, the character of the surface design)?  Is the meaning coming across the way you intend it?  Then circle back to the visual:  If you did different things with the composition (or color or whatever) would that change or enhance the meaning?

Your mileage may vary, but if you're looking for a new series this approach may be worth a thought.

Posted by Kathleen Loomis at 6:00 AM