A great week for divestiture


What a great week I just had!

First, I took a carload of fabrics to my friend Ann, whose quilt guild likes to make charity quilts.  I've given them four carloads in the last several months, and maybe this is even the last of the bunch.  I've saved out the Kona solids, and all the commercial striped fabrics, and the batiks, and the African fabrics, and some other stuff to precious to give away, but now I think all the other quilting fabric is gone. 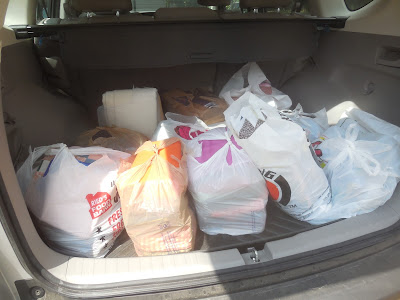 Next, I took a carload of non-quilting fabric to my friend Alana, who teaches textile art at our arts magnet high school.  What a bunch of miscellaneous stuff -- upholstery samples, fabrics too heavy for quilting, cords, tapes, I don't even remember what all.  I drove up during textile class and the kids rushed out to the car and unloaded everything, which was delightful. 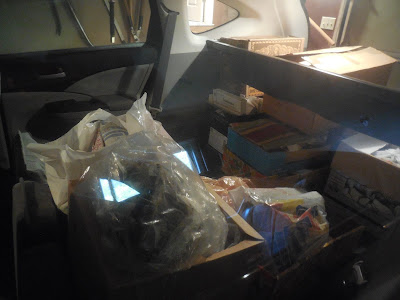 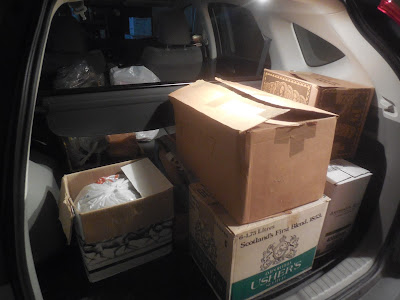 Then the construction guys started taking apart our old bathrooms.  I asked them to remove the cabinets carefully, rather than smashing them to bits, and advertised them on our neighborhood email list. 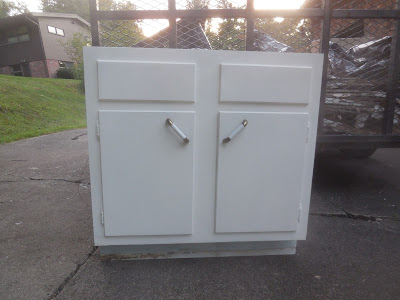 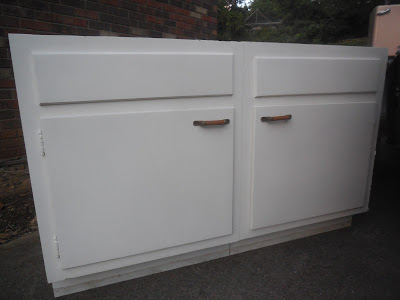 Some guy came over the next afternoon and took them away.  He sent me a thank-you message and said he had also taken the "vintage medicine cabinet" out of the junk trailer.  Couldn't believe it -- this fixture was low-end in 1963 and hasn't gotten any more charming in the intervening decades, just a mirror flanked by two naked vertical fluorescent tubes.  But somebody wanted it!!  What a thrill.