Goodbye to the old bathrooms....


Yesterday the construction workers came to start on our huge bathroom project, in which two small bathrooms are going to be combined into a single beautiful one.  We've lived in this house for 31 years and I've chafed under the poor design ever since, but could never figure out what to do about it.  Finally I hooked up with a bathroom/kitchen guy who took one look and drew up plans that promise to be wonderful. 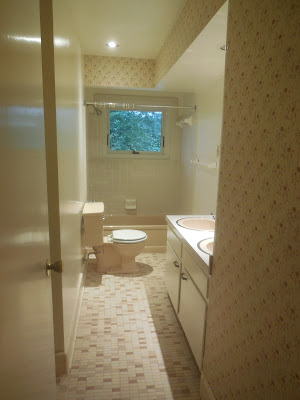 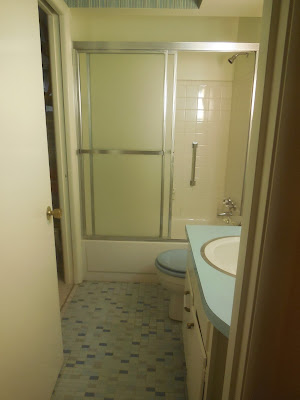 The smaller of the two bathrooms hasn't been used for its intended purposes in at least a decade, and instead became the garage for cardboard boxes.  Why do you need so many damn cardboard boxes, my husband has continually wanted to know.  But without cardboard boxes how would I ship quilts and other artworks hither and yon? 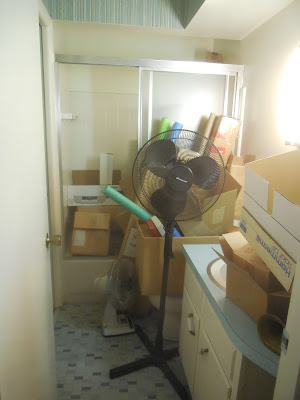 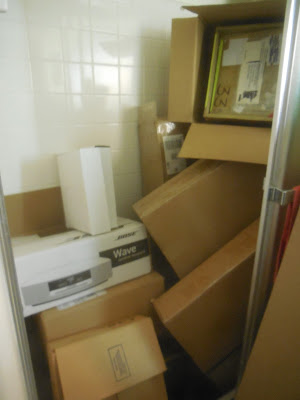 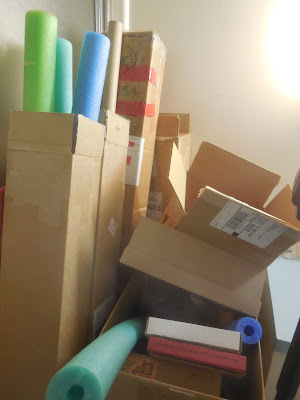 Now the boxes have taken up residence in one of the guestrooms.  We'll see how many of them survive the project.

My concern is whether construction dust is going to invade the other rooms on that floor, which include my studio.  The contractor assures me he will cover everything with plastic, tape doors shut, etc. and I don't have to worry.  I think I will worry just the same.