A new body of work


A couple of months ago I got the idea to buy wood painting panels as supports for collage.  I thought they would give substance to the work, and avoid the necessity and expense of framing.  So I bought a five-pack of 9 by 12 panels and set to work.

I decided to work on all of them at once, and that all of them would have the same general elements.  At a workshop last year I made several pages worth of calligraphy, just writing in black india ink, sometimes overlaying the first page of writing with more writing in a different scale and a different direction.  I used those pages as the bottom layer.

Each collage would include a map, most would include an old photo, and I found four old books that I would tear up as collage elements for each of the pieces.  Then I added bits and pieces of this and that until the collages seemed finished.

The advantage of working on several pieces at once was that it gave me time for the various paints, inks, glues and mediums to dry; by the time I had worked on all five panels the first one was ready for another step.  I used plenty of matte medium as the top coat, or I should really say top coats, because I kept slathering that stuff on until some of the the surface resembled encaustic.  Toward the end I added some mystery junk for 3-D interest.

The five panels that I started with eventually grew to about ten, and I kept working on them bit by bit through the summer, not sure whether they were done yet.  The first one to be declared finished was a birthday gift, on a smaller but deeper panel that allowed me to add stuff on the sides and a roof on the top. 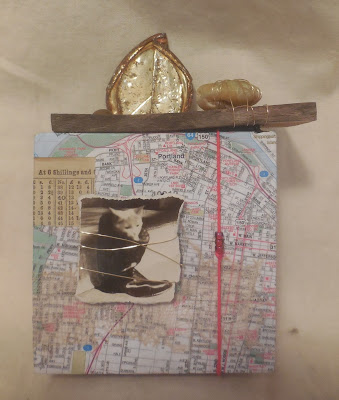 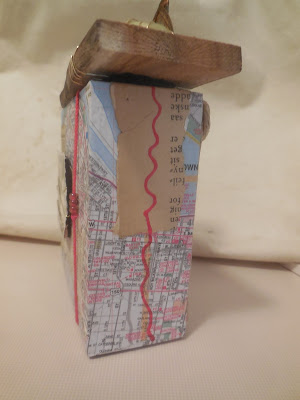 This week I declared two more finished so I could put them in the sales room at Pyro Gallery. 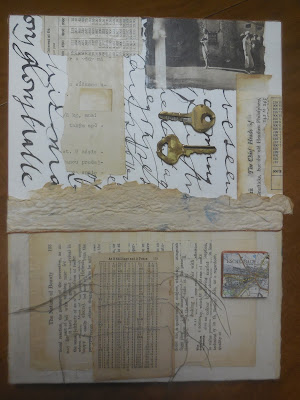 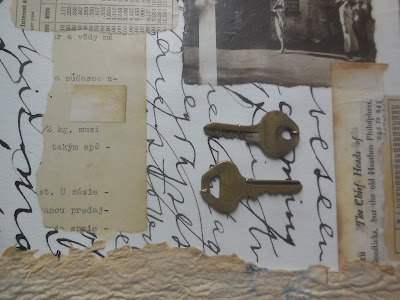 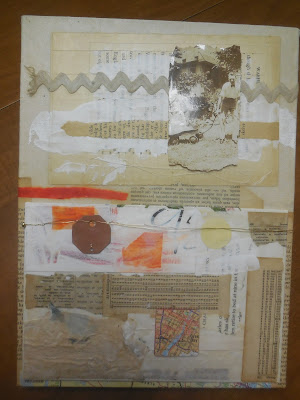 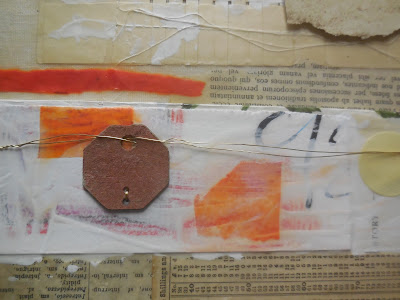 I like the way this work is turning out, especially when several of the series are seen at once.  I like the way the various elements are finding their own balance, and the old photos and old book fragments seem to go well together.

Good thing, too, because there are at least a half dozen more of these in the studio waiting for something before they too can be finished.