Ever hear of Campeche wax?  I hadn't either, until I ran into not one but two spectacular works of art in Chicago that use it.  Campeche is the Mexican state just west of Yucatan, and Campeche wax is a very dark beeswax originating there.  Because the wax is sticky, it's used for the substrate of art where you want to adhere a top layer of decorative stuff. 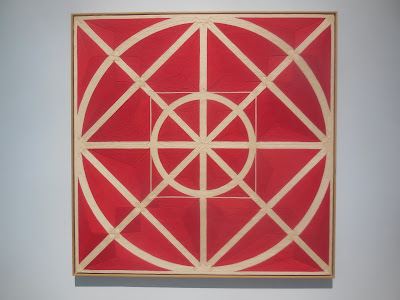 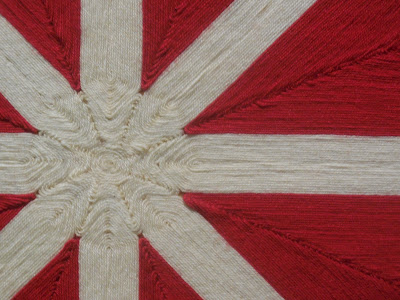 This large piece, at the Museum of Contemporary Art, was made by covering a board with wax, and fine wool yarn was pressed on in an elaborate pattern that must have taken ages to lay down.  (The piece is dated 1974-2014, and I hope he had time to make other things besides this during that half-a-lifetime.) The slight irregularities in the pattern showcase the artist's hand up close. 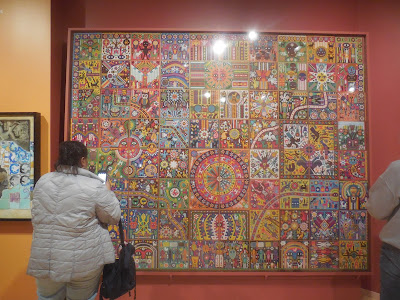 Glass beads were introduced to Mesoamerica by the Europeans in the 1590s and became an important part of jewelry and ritual objects.  This huge work, at the National Museum of Mexican Art, references traditional motifs.  Tiny seed beads are pressed into the Campeche wax on a plywood support, painstakingly arranged so the holes point up (can you imagine how long that takes, and with what tiny tweezers?), although I was happy to see that a few beads escaped, slumped over on their sides and proved that even the most meticulous artisan takes a ten-second vacation every now and then. 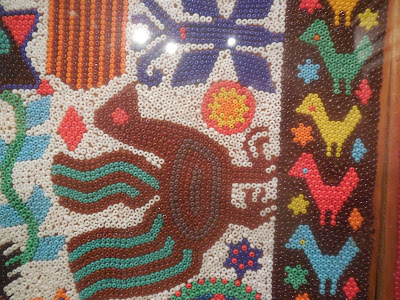 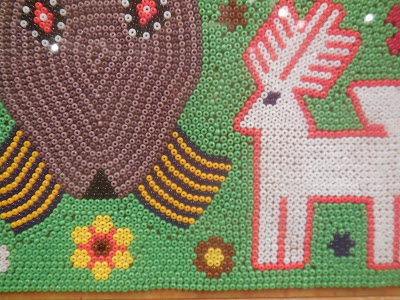 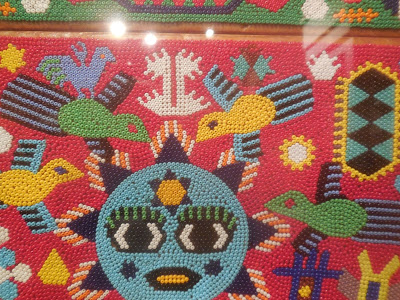