Hugs in the workplace


I've been out of the workplace for 17 years now so I can't tell you whether innocuous hugging is more or less prevalent than in the previous century.  But I have been annoyed by all the guys who have piteously protested that yes, all those predators were disgusting, but how about all us nice guys who just like to hug?  For instance, a letter to the editor in this morning's New York Times:

"We as a society are exhibiting mass hysteria... The political correctness demanded by current public opinion throws out the baby with the bathwater.  We don't want to go so far as to discourage any hug or embrace to show caring and warmth."

I've been talking about this with my husband and son, and my position is that hugs are so rarely appropriate in the workplace that you can practically count the occasions on your fingers.  For the edification of all you nice guys who just like to hug, here's my easy guide.  You might want to print it up on a little card and keep it in your wallet, just in case you wonder if a hug is OK. 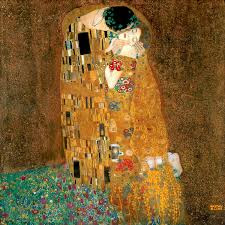 It's OK at your co-worker's retirement party.  OK when your team has just won the election or the million-dollar contract. Probably OK after somebody has shot up or burned down your office and you're all huddled on the sidewalk in dismay.  OK when your co-worker returns from the hospital, or prison, or three years in Ethiopia.  Maybe when your co-worker has just gotten a call that her mother died.  OK on occasion if the two of you are engaged or married (to one another).

Just remember this, guys: if you want to show caring and warmth, give her a raise.

Posted by Kathleen Loomis at 1:37 PM