Art from the ruins


My art pal Keith Auerbach, a photographer, had a disaster fifteen years ago when a tornado took the roof off his studio and trashed it.  Rain and terrible heat accompanied the storm.  By the time Keith dealt with the more immediate crisis and got to the studio, he found all his negatives soaked, cooked and pasted together in a goo of melted emulsions.  He peeled some of them apart and let them dry, pitched the rest.  He was not happy.  Time passed.

A year or so ago he unpacked the negatives he had saved and scanned them into digital files.  When he opened them in photoshop, they were surprisingly mysterious and beautiful.  Sometimes, where two negatives had fused together, two different images appeared in the scan.  Sometimes the pigments oozed together into abstraction, with no hint of what had been in the original picture. 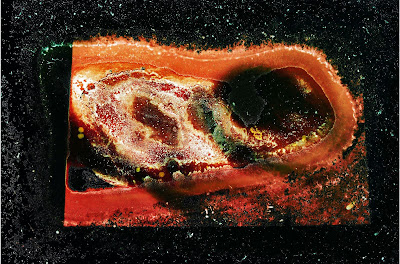 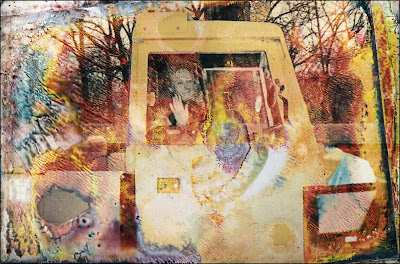 Keith is a photoshop wizard, so he couldn't leave well enough alone.  For some of the images he played with the color; others looked great straight from the scanner.  The  film came out as negatives; the slides read as positives.

He showed some of these images to our art book club months ago and we encouraged him to keep at it.  And last week, he unveiled dozens of them in a solo show at PYRO Gallery. 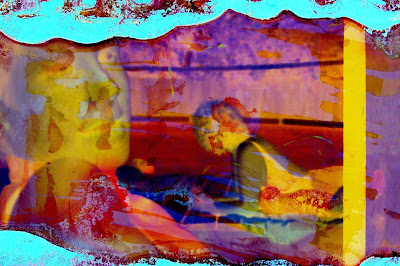 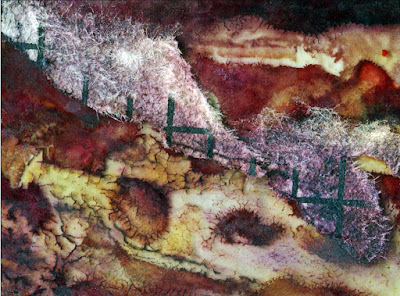 These photos are wonderful!  If you're anywhere within driving distance of Louisville, drop in and see Keith's show, through October 19.  We're at 1006 E. Washington Street; check our website for the opening hours. 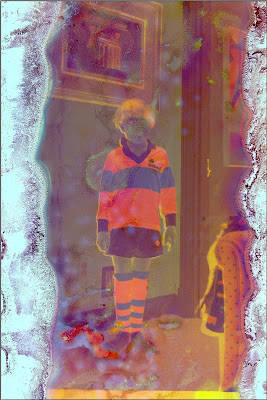 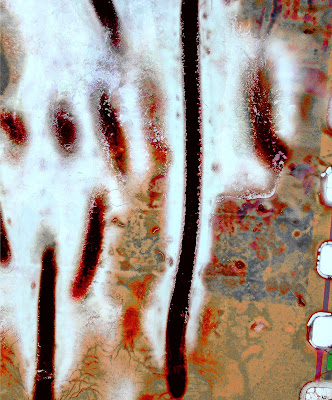