What a wonderful week of art I've had!  I went to northern Michigan to visit my sister and since I am still laid up with the broken ankle, I mainly sat at the table and did art while other people occasionally brought me food and drink.  So my foot feels a whole lot better with so little walking and standing.

The week was mainly spent in parallel play.

My sister is still winding up chores and paperwork from her husband's death, so she spent a lot of time on the phone with insurance companies while I did hand stitching.  Very companionable for both of us; just having somebody else in the room when you're performing a solitary task is so good!  We talked while she was on hold, stopped talking when one of us needed to concentrate.  One day I did a lot of her piled-up mending while she cleaned up the sewing room; much more talking this time.  And when I worked on my daily calligraphy she brought out her sketchbook and tried out the same techniques.

Speaking of calligraphy, Gail left a comment that maybe I could resurrect my broken crow-quill pen by putting a new grip on the old handle.  I wish -- but I think I'm better off buying a new pen and, as Susan suggested in her comment: "maybe some broken type, some frayed fabric, a broken quill pen, a new piece of art!"  If I have to futz around and make stuff with old broken things, I'd much rather end up with art than with a repair that I'd probably screw up anyway.

Gail commented earlier in the week, "I wonder if there isn't some obscure law that requires substitutes for the full spelling of some words on book covers?  You know, like the 7 forbidden words on TV that George Carlin had a whole routine about."  Short answer to that: no there isn't.  Government "shall make no law... abridging the freedom of speech, or of the press...."

Yes, it's possible that a book could be considered obscene by the local police, under the famous definition articulated by Justice Potter Stewart in 1964: "I know it when I see it."  Language on broadcast TV is still regulated by the FCC, but standards are looser than they used to be, and cable and satellite TV have even fewer rules.  (If this topic interests you, here's a long but readable and up-to-date article from TV Guide -- click here for the link.  I recommend despite the hackneyed asterisked title.) 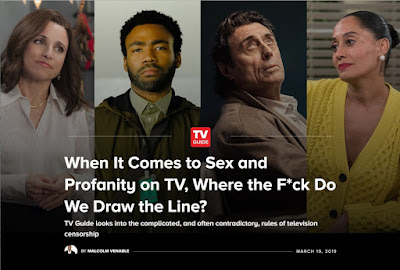 Anyhow, here's my favorite miniature of the week: 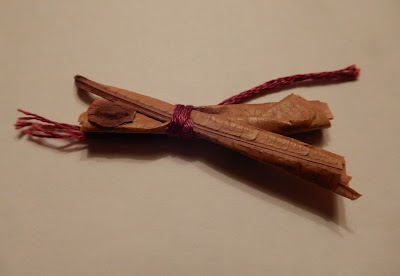 Posted by Kathleen Loomis at 11:37 PM