from "Transgressions: The Offences of Art," by Anthony Julius

Politically resistant artworks have divided audiences: those against whom they are directed, and those whose morale they are intended to lift.  The stance of the artist is thus both oppositional and representative.  His artworks are pitches against one audience, but made on behalf of another one. They are transgressive and affirmative -- in a sense, transgressive because affirmative. Politically resistant works are exceptional.  There is no place for them in two contrasting kinds of state.  There is the state whose citizens take for granted, correctly, that they order their own lives, and that institutions exist to serve them.  Politically resistant artworks are not needed in such a state.  And then there is the state where these assumptions are not made and in which politically resistant artworks are not possible.  Such works will be exceptional, then, either because of the acquiescence of accommodating states or the harshness of repressive states.  One kind of state is usually too hard to offend; the other kind of state is usually too quick to respond.

Compare the anti-Vietnam War art in the United States with the art briefly on display at the September 1974 Moscow 'Bulldozer' show.  While the former, with exceptions, was unable even to engage the state's attention, the latter could not survive its brisk dismissal.  In Moscow, artworks were thrown into skips and destroyed, and visitors chased away with waterhoses mounted on trucks.  On the one side, then, there tends to be a surplus of political works, existing, as artists experience it, in a vacuum of indifference, while on the other side there is a dearth of works, surviving against expectation. 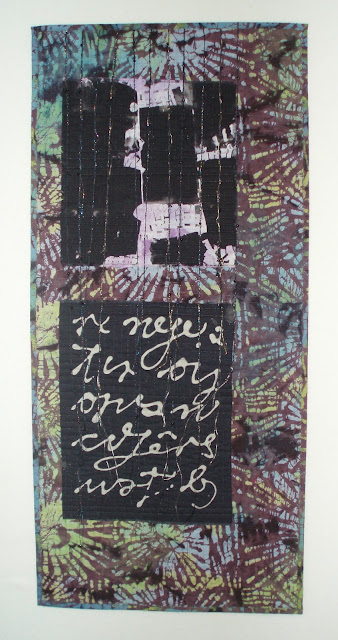 Kathleen Loomis, War Rationale 2, 2004, (existing in a vacuum of indifference)