We were just in time to catch the last days of Fiberart International, the triennial show sponsored by the Fiberarts Guild of Pittsburgh.  It's exhilarating to see a show with a wide range of techniques instead of just quilts, but I was unhappy that the jurors didn't give us even more range within the space available. There were 79 pieces in the show, but only 63 artists, and one of them even had three pieces accepted.

In my opinion, once you've seen the first pair of socks "knitted" in glass -- very clever and attractive -- you don't really need to see another one. 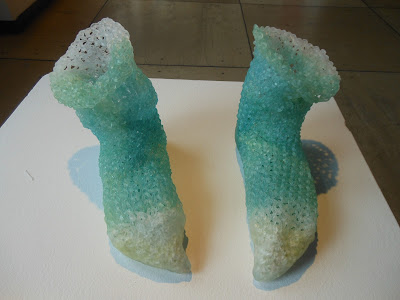 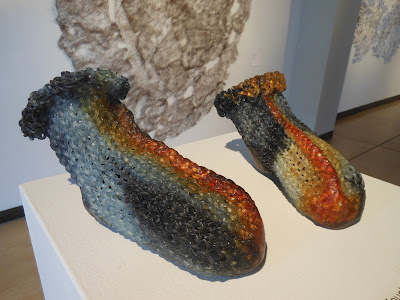 And once you've seen one rescued acrylic afghan, augmented by thousands of beads sewed on the bottom, you REALLY don't need to see another one.  (Sorry -- I was unimpressed and didn't shoot them at the show; these are photos from the very nice catalog.) 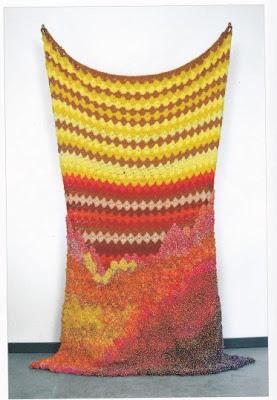 Samantha Fields, She Speaks Folly in a Thousand Holy Ways 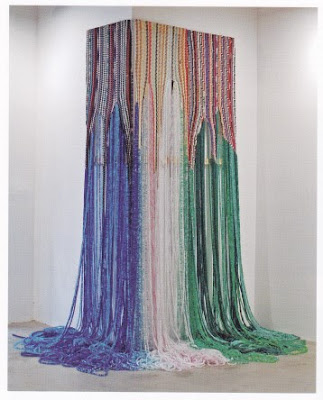 The artist with three pieces in the show, Margaret Scott, also seemed to be tripping over herself a bit, although I liked her work a lot.  I thought two pieces would have been much better than three, and maybe one would have been even better.  (Perhaps if the same little girl hadn't appeared in all three of the pieces I wouldn't have been quite so bothered by the redundancy.)

Her technique is to print photos onto silk, felt a bit of wool into the fabric, then embellish the image with hand-stitching.  The finished pieces are so light that they fluttered in the breeze; one that was hung directly over an air vent was blown a good foot away from the wall, an effect that enhanced the ethereal quality of the silk and the slight translucency of the images. 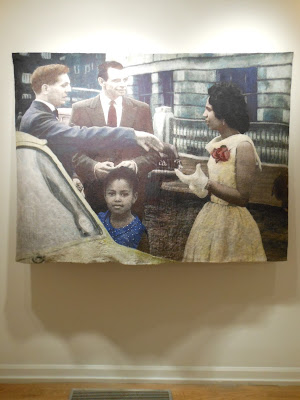 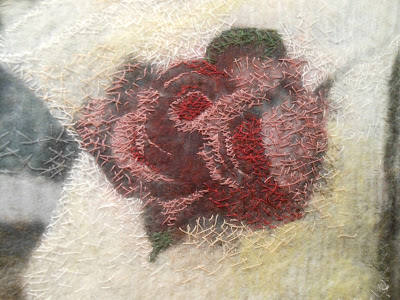 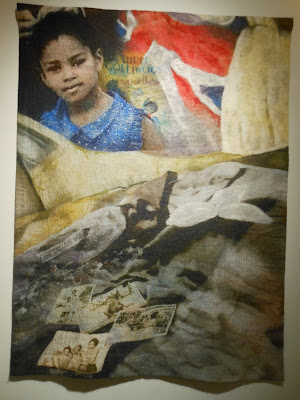 
I'll show you more from the show tomorrow.  Even though you've missed the Pittsburgh dates, the show will travel to San Jose from November to January, and to Myrtle Beach from January to April.