It's April, which means I'm more than one-quarter through my daily art project for this year, and I thought it might be time for an update.  My rules for this year are to use found text and paste it onto 4x6 cards in poems or poem-like configurations or other meaningful arrangements of words.  Some of my pieces resemble the collages that I did for three years, but they're way less concerned with the pictures and way more with the words.

Mostly I find my text in the newspaper, which means that a lot of it has to do with politics.  I'll leave that part for another day; if you'd like to read those you can find them on my daily art blog -- look for the orange cards.

Sometimes I'll find an article in the paper that I "retell" in haiku form, often with several 5-7-5 verses rather than just one.  Using multiple verses takes more time than just finding three lines, but it allows me to tell a longer and more interesting story. 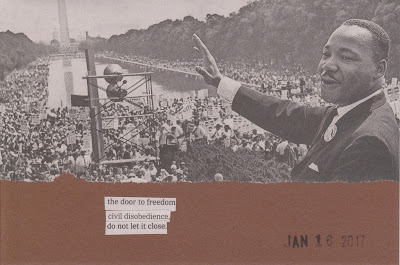 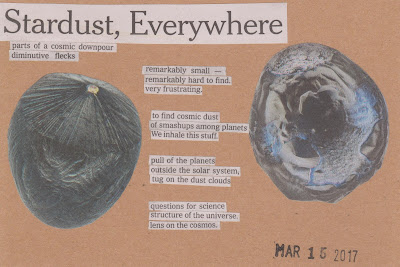 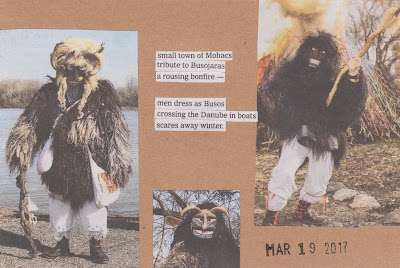 I've been collecting certain kinds of word clusters for several months, even before I started this year's project, so I have lots of questions and parenthetical remarks socked away in my files.  Sometimes I'll compose a text with them. 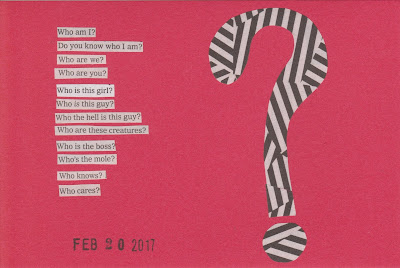 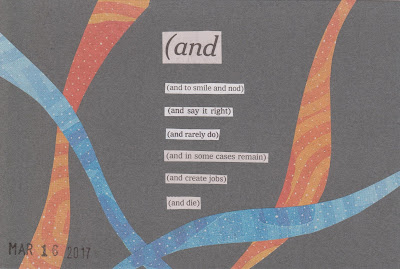 I have lots of "early" words left over from my book project last year, so they occasionally make their way into a daily text. 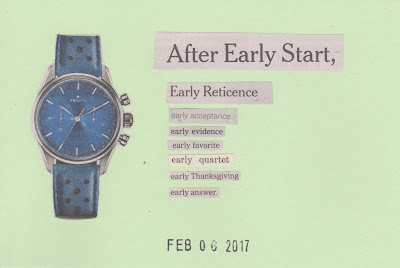 I'll write more about other forms and formats that I've been using in another post.  Stay tuned!
Posted by Kathleen Loomis at 5:44 AM