A recurring format in my daily text is to cut haikus (three lines of 5, 7 and 5 syllables) from book pages.  Instead of simply finding three separate lines of the appropriate length and pasting them down, this kind of poem is more difficult. 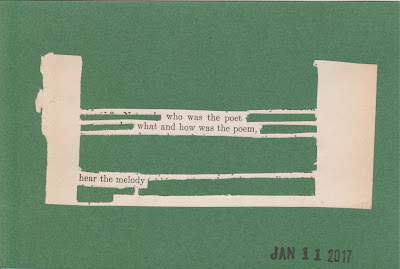 I try to cut long strips of white space between the lines to hold the remaining words in place, but when I use an old book the paper often shreds under the knife or dissolves under the glue stick.  So sometimes the poem isn't as robustly attached to its page as I might like. 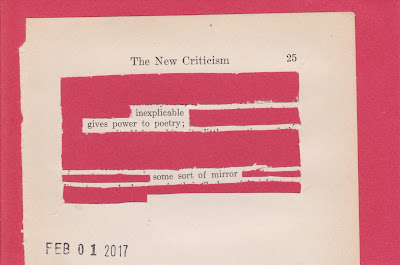 Sometimes I'll find a picture to go with the poem. 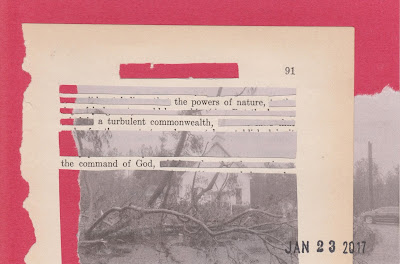 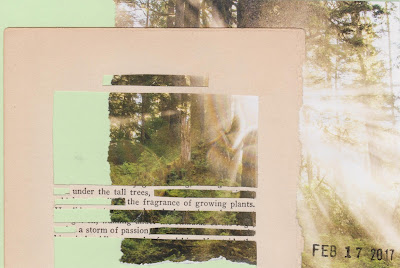 This format of "found poetry" is the oldest trope in my repertoire.  I started doing this in 2010 or thereabouts.  I did lots of these for gifts and birthday cards.  For a year I participated in an online project called "Haiku Art" in which people wrote a haiku each month to a prompt; I would submit a found poem rather than write my own.

I spent a lot more time on each one then, but it feels familiar to go back to this method every now and then in my daily art.

You can check out all my daily text here.  In the next post: found text lists.
Posted by Kathleen Loomis at 5:12 AM