In Berlin last month we visited the Brücke Museum, dedicated to the works of the early 20th century art group called Die Brücke (the bridge). This group was formed in 1905 in Dresden, changed its venue to Berlin, and dissolved after about eight years. But its legacy was formidable: along with the more famous Blaue Reiter group, it led to the Expressionist school that so brilliantly and mordantly chronicled the desperation and decadence of WW1 and postwar, proto-Nazi Germany.

Art historians often compare Die Brücke to the Fauves in France, with both groups influenced by primitive art, using high-key, unrealistic colors and a crude drawing technique. Brücke artists revived the woodcut as a popular art form in Germany, and also invented the linocut technique as an easier alternative to woodcuts.

Of the Brücke artists I was familiar with Emil Nolde, Ernst Ludwig Kirchner and Max Pechstein, but not with Fritz Bleyl and Karl Schmidt-Rottluff. It was great to see so many works by a small number of closely related artists, giving you a chance to get to know them.

My favorite of the artists is Rottluff, who lived to an old age and was responsible for establishing this museum when he donated many of his own works to the city of Berlin in the 1960s. Of particular interest were a series of paintings Rottluff did in the 1950s using primitive artifacts as part of still life tableaus, because the actual artifacts were on display next to the paintings. Here are two of several such pairs in the museum: 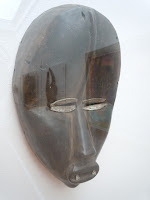 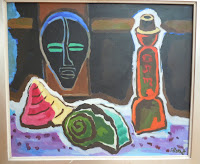 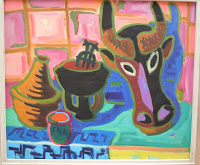 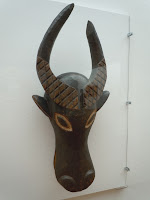 Here are several other works that I found delicious. 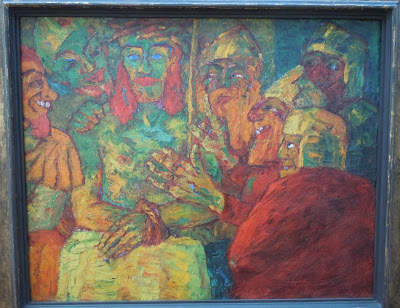 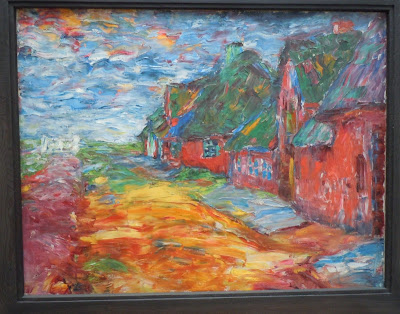 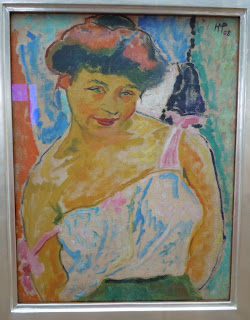 Max Pechstein, Junges Madchen, 1908 (Young Woman)
(by the way, her outfit would have fit in perfectly on the hot, hot, swelteringly hot streets of Berlin in July 2010) 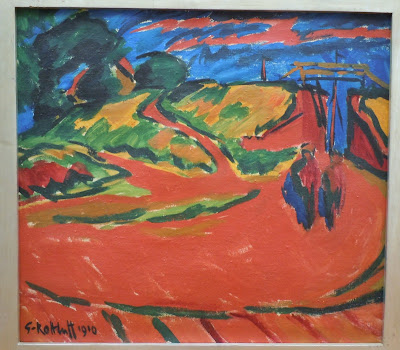 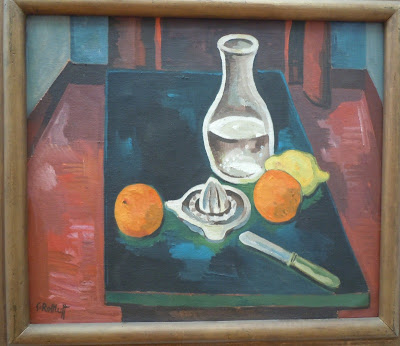 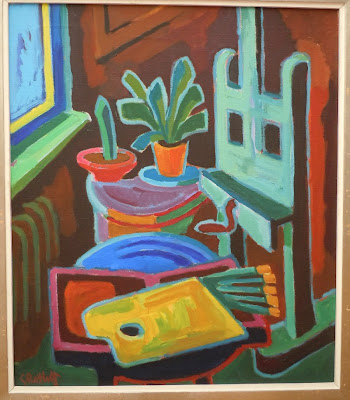 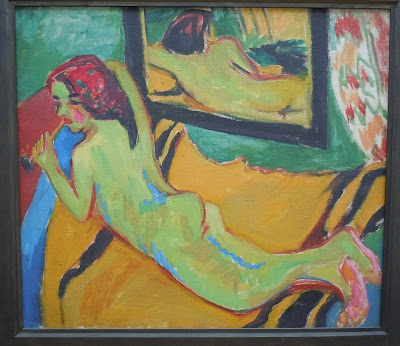 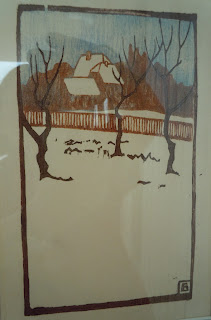 Fritz Bleyl, Winter, 1905  (sorry for the reflections -- the woodcuts were under glass and this one really didn't want to have its picture taken unless I would be in the photo too).  Ken and I agreed this was our favorite picture in the museum.

Posted by Kathleen Loomis at 9:56 AM