We got off the plane in Buffalo on our way to Auburn NY for the Nancy Crow show, and of course our first stop was the ladies' room.  And what did we see just inside the door but an enticing poster for the Albright-Knox Art Gallery, complete with address and opening hours.  Checked our watches and thought this might be a good stop before we hit the Thruway to drive east.

And what a good decision that was!  The Albright-Knox, which I had never heard of, turns out to be a gem of a museum with perhaps the highest quality-per-picture ratio of any gallery I've ever visited.  We walked first into the modern art wing, and it was the Greatest Hits Collection: a Jackson Pollock, a Mark Rothko, a Robert Motherwell, a Willem deKooning, an Agnes Martin, a Clyfford Still, the biggest Robert Rauschenberg I've ever seen, a Jasper Johns, an Arshile Gorky, a Jo Baer, and Arthur Dove, a Georgia O'Keeffe, and all of them fine pictures, not just early or mediocre works. 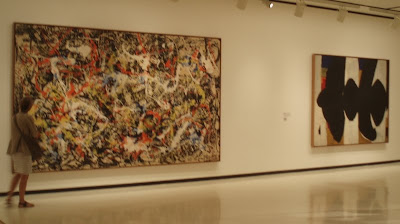 And speaking of Clyfford Still, turns out that the Albright-Knox owns the largest public collection of his works and 29 of those paintings are on display through the end of August.  Still was no fan of the organized art world, but after the Albright-Knox bought a picture from him in 1957 he showed up and was pleased at how well he was treated.  A couple of years later the museum gave him a big solo show, and again they treated him right -- so he gave them 31 paintings!  (Moral of that story -- be nice to people, even if they're crabby old curmudgeons.)

I've seen a lot of Still's work over the years in one place or another, and he's not an easy artist to like.  Many of his shapes are jittery and awkward and you're not sure what you're supposed to be seeing.  I am particularly fond of the paintings where little things are happening on the margins, as though the camera was pointed way off to the side and caught only a glimpse of some activity that must forever be a mystery. 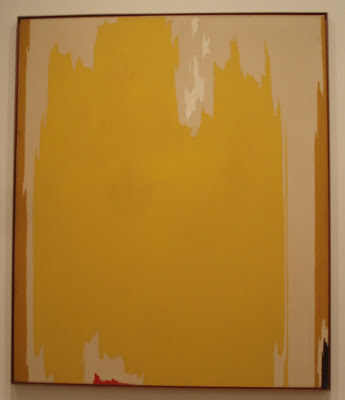 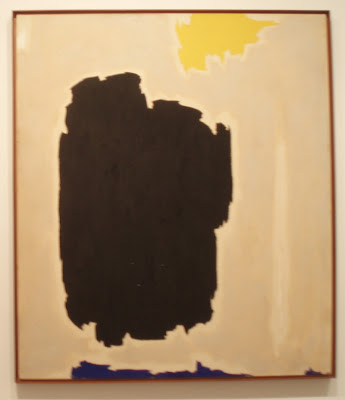 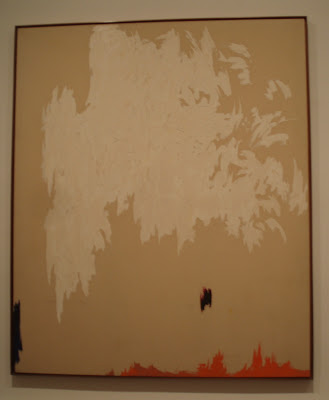 We walked through a stairwell on our way to the Still exhibit and found it transformed into a workroom where a team is installing a Sol LeWitt wall drawing. 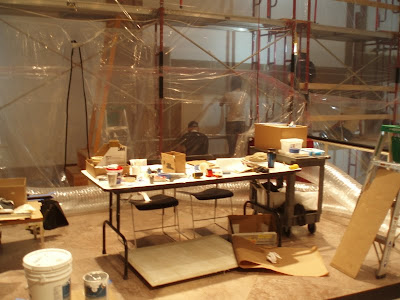 I also discovered a new artist whose name I'm going to remember: Sarah Sze, an American sculptor who made a half dozen little metal fire escapes that were perched here and there on the walls. 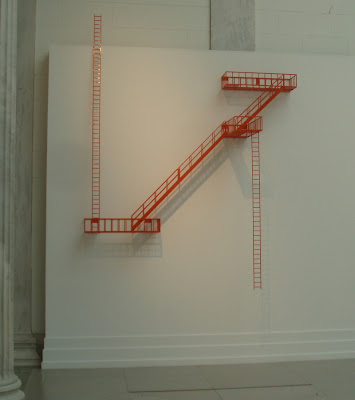 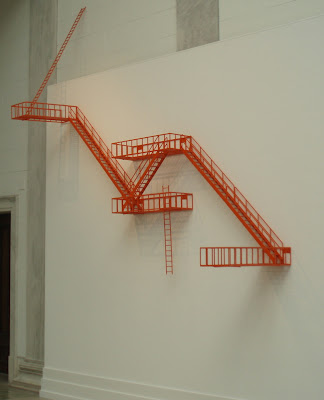 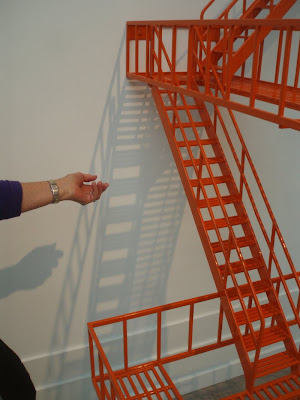 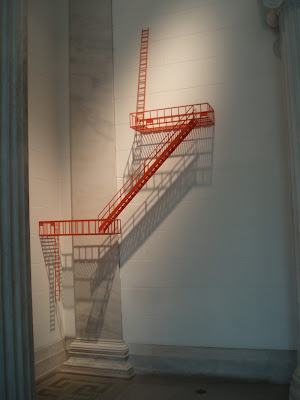 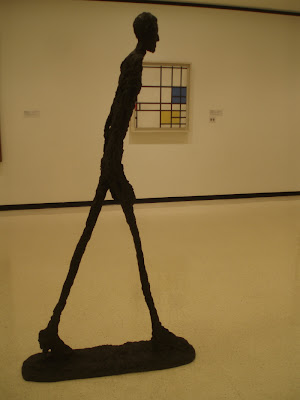 There are also a bunch of very nice European paintings and sculpture, checking off lots of the big names -- Matisse, Picasso, Giacometti, Monet, Cezanne, Schwitters, Mondrian, Van Gogh, as well as my new boyfriend from Berlin Karl Schmidt-Rottluff.  But it's the mid-century American art that steals the show.  If you're anywhere near Buffalo make a detour and check out this great museum.
Posted by Kathleen Loomis at 10:37 PM