Several weeks ago I wrote about preparing for my fine-line piecing workshop in Japan by trying to do the technique by hand.  I realized that the process of piecing a seam, then cutting across it later to insert a new element, created an inherent problem.  While hand-piecers can knot both ends of their seams for security, a hand-sewn seam has far less stability than a machine-sewn one.  And the minute you cut the thread in mid-stream, the seam starts to lose its structure, so that it can widen or even come apart from the cut edge. 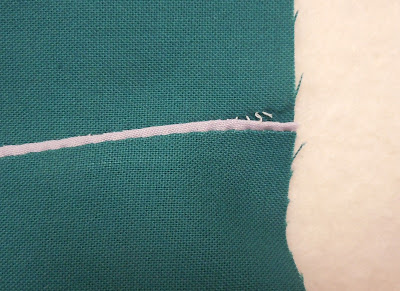 Several readers suggested various ways to solve the problem, such as fusing the edges to an interfacing or sealing the thread ends with fray-check.  But in the end I decided the best solution was to firmly stitch the cut edges shut.  I told the hand-piecers in the workshop to do this immediately after making the slice, before they even breathed.  When I made samples it took only a minute to stitch the ends, so I don't think it would be too cumbersome to incorporate this into a real project. 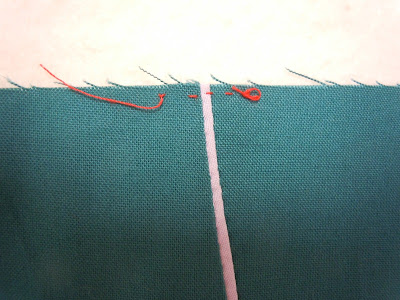 I still am in awe of anybody who can and wants to make a whole quilt without a sewing machine.  Such persistence, such patience -- must be a truly zen experience.  But for me, I'll stick with the sewing machine.  Too many quilts, too little time.
Posted by Kathleen Loomis at 6:22 AM