As long as I'm doing a bit of embroidery every day, I might as well have some side benefits out of the project.  One of my plans is to improve my ability to stitch good curves.

I've always been annoyed at curves that aren't smooth, whether they're stitched, drawn or otherwise made.  In other words, curves with obvious breakpoints where a gentle curve gets tighter or changes direction;  places where if you were on ice skates you would be wobbling or losing your balance.

I've tried hard to master good curves in machine quilting, and now I'm working on doing the same for hand stitching.  Yes, I know I could always draw the curve in advance -- I won't use pencil or marker, but a crease made with the blunt end of the needle will work -- but I'm trying to do it freehand.

On days when I'm not making pictures, I'll often doodle curves, attempting to make them smooth and beautiful.  Here are some of my doodles from early in the year, when I wasn't very successful. 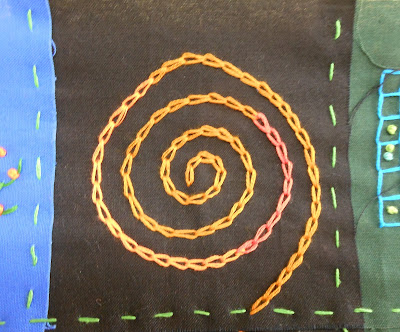 (not bad, except for the lump at the top!) 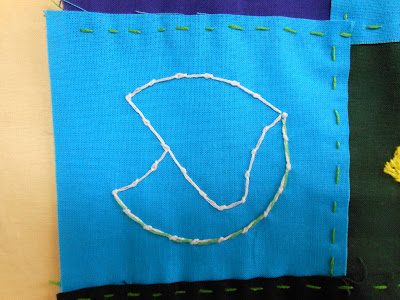 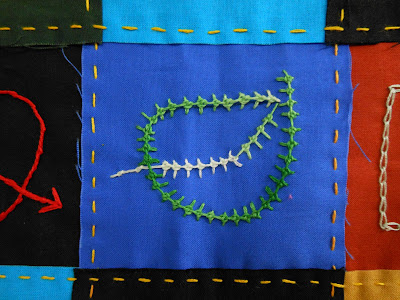 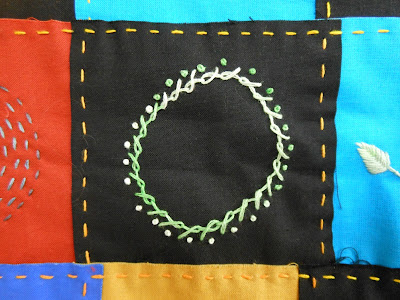 (yes, it was supposed to be a circle but I guess somebody sat on it) 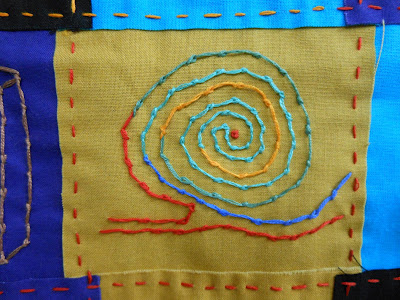 (not too awful, but some of the smaller curves of the spiral are pretty bumpy)

Fortunately I'm improving with practice.  I'll show you some of the later and better ones next week.

Posted by Kathleen Loomis at 6:37 AM