More of the all-star team that I saw at the Cincinnati Art Museum last week.

I'm a Warhol fan, but can't say that the piece in Cincinnati moves me as much as many of his other works.  This one was commissioned by the museum, and commemorates Pete Rose.  Some observers think that everything Warhol ever did was shallow, crude and deliberately trendy.  I disagree, but this particular piece may come closer than a lot of others.  It is colorful and cheery. 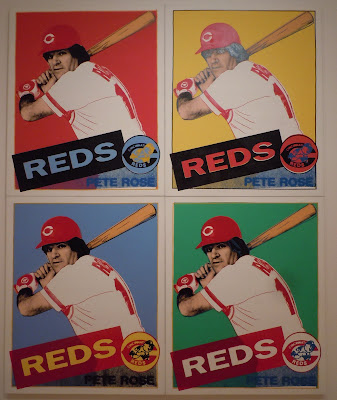 
Here's a nice Richard Diebenkorn, with an intriguing mix of interior and exterior views; hard to tell where one stops and the other starts. 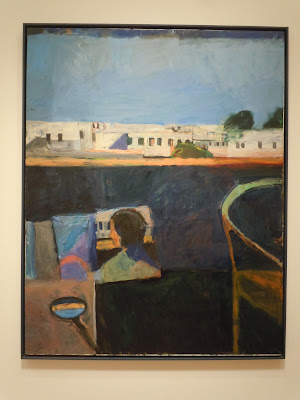 
And a small Robert Rauschenberg combine picture.  I learned that he made an entire series called "Glut," named for the oil glut of the 1980s that wreaked economic havoc on his home state of Texas.  He collected the raw materials for these assemblages on a visit to Texas, where it wasn't hard to find a lot of junk on the sites of failed businesses and factories. 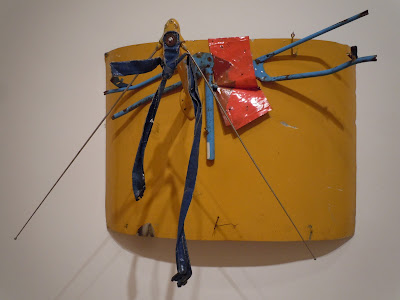 And a nice Rothko, a painting in his standard three-bar format.  The title of the painting describes the background of the painting as maroon, but Mark's idea of maroon is a lot different than mine.  I would describe it as black with a red/brown cast.  To me the most important color relationship in this picture is the complementary orange/blue reverberation.  And while none of these colors will make it to my top ten favorite list, they work well together in this painting. 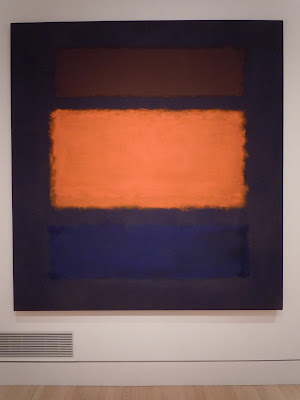 
Posted by Kathleen Loomis at 6:24 AM