So I took a Christmas break from this series, but I still have lots of photos from the Cincinnati Art Museum to share with you.

For some reason I usually enter the modern art rooms at this museum backward -- instead of coming upon them after a nice chronological jaunt through the impressionists and the cubists and the other early 20th century painters, I walk in through a long narrow corridor from the elevator lobby.  You sacrifice grandeur sneaking in this way, but in return you get to see the wonderful Franz Kline from a hundred feet away, framed by the doorways and waiting for you at the end of the road. I wish I had thought to take a photo of that view, but instead I just shot the painting itself.

And what a great painting it is. 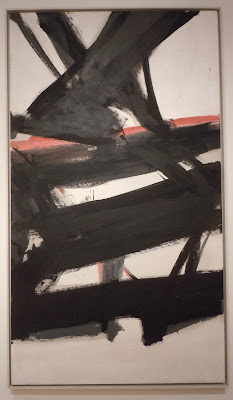 Kline's signature modus operandi is his huge, bold black brushstrokes on white backgrounds, so it's a bit of a surprise to see that hint of pinky red in behind the black in this painting.  My brief research reveals that he started adding color a few years before this one was painted, and continued to do so until his death in 1962, but wherever these paintings are, I have either never seen them or they failed to enter my long-term memory.

Instead, my mental Kline gallery has pictures like this one, which I saw in January at the Museum of Contemporary Art in Los Angeles. 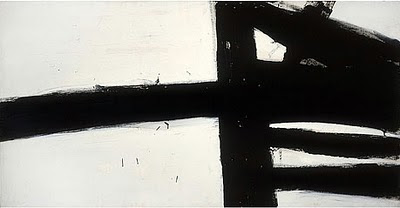 But back to Horizontal Rust -- I was intrigued by the details of the brushstrokes, especially the dry brush effect between the bold black areas.  A beautiful painting, both from far away and up close. 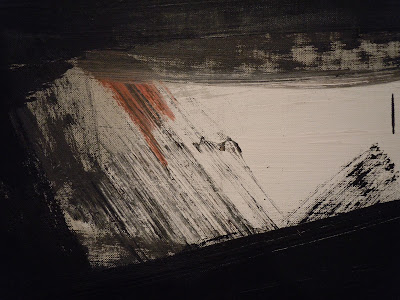 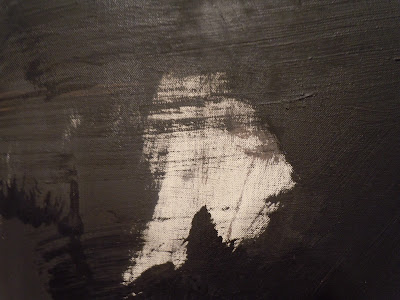 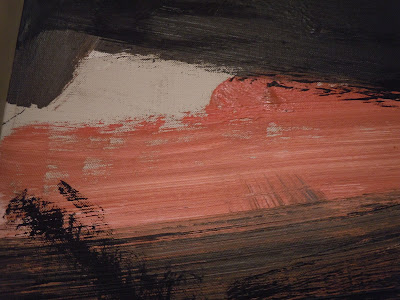