Sometimes I make packages out of things that I find on my walks.  I shouldn't be surprised that people are slobs, willing to throw away anything on the street.  So when I pick up some interesting junk, I feel that I'm doing my bit for society. 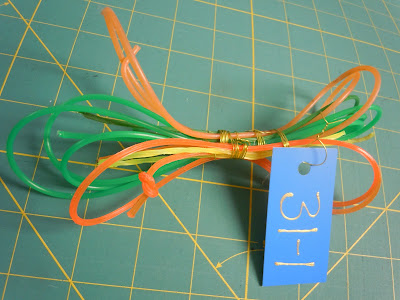 Landscape guys apparently don't bother to pick up the ends of weed-whacker cord when they run out and need a new cord. 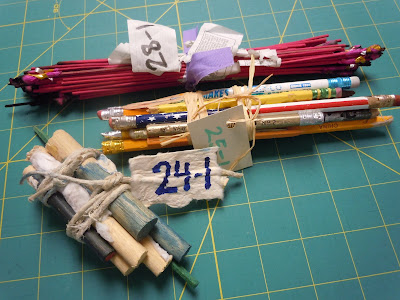 Lots of pencils are thrown away on the street, especially near schools.  Most of the dowels were part of an art project that somebody had pitched near a school.  And the red sticks were firecrackers, found on the park road on the Fifth of July.
Posted by Kathleen Loomis at 6:27 AM