This weekend I taught improvisational strip piecing again, the same workshop I gave in Cincinnati earlier this year but with an improvement: we extended the time from six hours to eight, and did it in two days instead of one.  On the first day, everybody finished sewing six strip-pieced panels.  On the second day, we sliced and rearranged the panels into a composition. 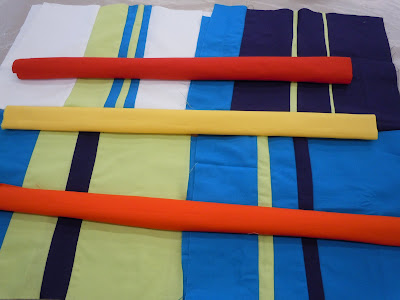 I felt much better giving people more of a chance to finish their piecing; a teacher always feels guilty sending people home at the end of a workshop with tasks unfinished.  And the tail end of piecing is often the most difficult part, when everything finally has to come out right and lie flat.  It can seem as though you're cheating the students by sending them home to do the hardest part on their own.

But the extra two hours were a big help.  Most people got their tops all sewed, even though some still needed to square them up and perhaps fill in a blank spot in a corner.

I'm always surprised and delighted at how people can follow the same general directions and end up with work of dramatically differing sensibilities.  Here are some of the compositions: 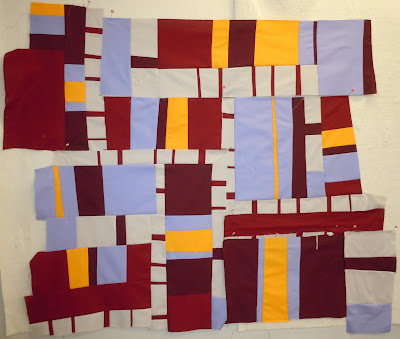 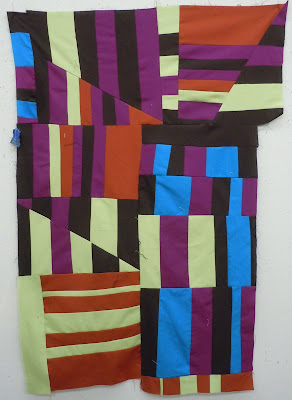 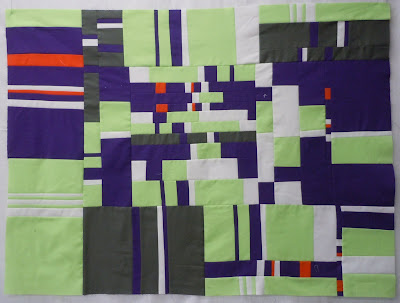 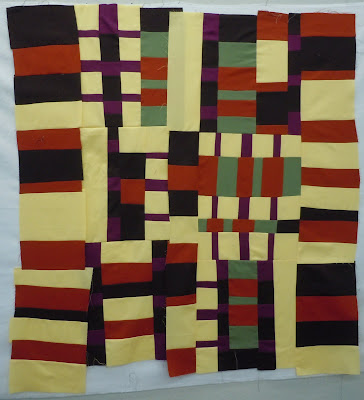 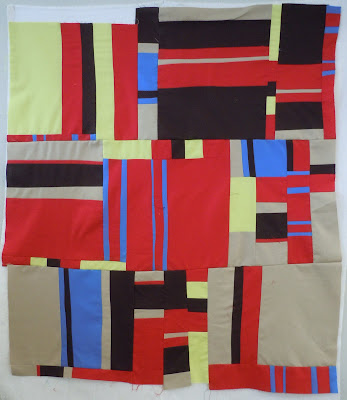 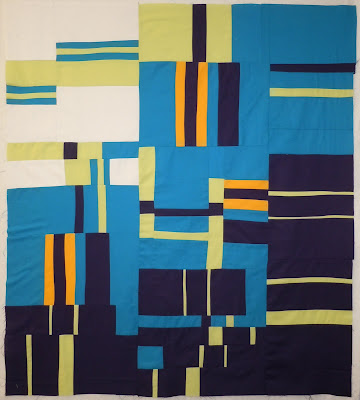 Posted by Kathleen Loomis at 6:17 AM