Yesterday I wrote about my middle-of-the-night realization that my collaborative piece was crap.  The next morning I went into my studio and took off the thread-drawing, which I liked a lot, parking it on my design wall for a future use.  I cut away some of the selvages.  I took the hand and relocated it to a much better place. 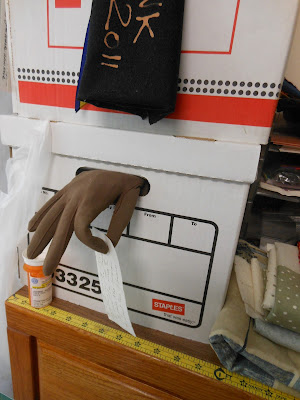 The rules for the project stated that "you should make additions and subtractions to the piece as you see appropriate," and I decided I had to subtract before I could add.

I cut the pegboard into a much smaller size.

I got more acrylic yarn and stitched over the top of the preexisting raccoon/pencil, to complete the cross-stitch pattern across the entire piece. 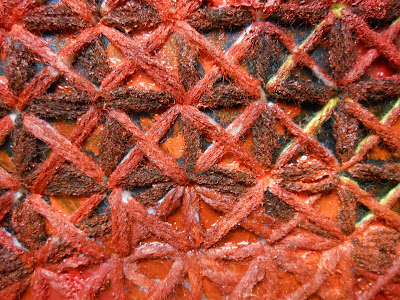 Then I painted over the stitching so all I had was texture and a bit of color peeking through, but neither pencil nor raccoon. 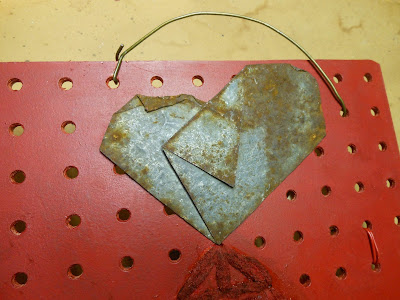 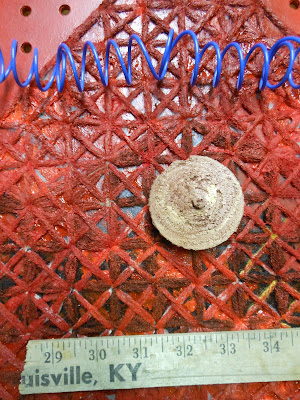 Finally I added some found objects and called it a day. 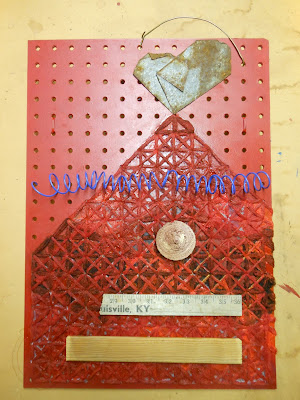 To respect my collaborator, who was revealed to be Lelia Rechtin, I decided to pretty much keep the original title, even though it still mystified me.  I shortened it a bit to "Everything In Its Hands."

I found this exercise frustrating, but a lot of fun.  It's very difficult to read somebody else's mind and try to figure out their intentions, so you can attempt to complete their work rather than just burn it down and build your own work on its ashes.  Not sure I achieved that, and not sure that either of us successfully interpreted the theme of "cosmopolitan localism."

But I did use a found object that had (most of) the name of our city in it.  It may not be cosmopolitan, but it is local.


Posted by Kathleen Loomis at 6:05 AM