You know how sometimes you're nibbled to death by ducks?  That's how I have felt the last couple of days.  Please indulge me in a bit of a whine (then I promise I'll shut up).

I've been fortunate to have work on display in several venues this month, both in print and in person.  But my pleasure and pride were dulled a bit by a bunch of little glitches that I took as disrespect.

You have to know that I am a person with a name and a nickname.  My name is Kathleen; my nickname is Kathy.  Hardly anybody calls me Kathleen in person; I use Kathy on the phone, in emails, and to sign personal letters.  But I use Kathleen as a byline for published work, in information when I teach, and on signs and printed material when my work is shown in public.  Or at least that's what I want to use.

Picky, yes, but is that really so hard to understand?  Robert Rauschenberg was Bob to his friends but the Museum of Modern Art had no trouble putting Robert on the signs.  (Actually his name was Milton, but that's another story.)

From past experience I know that the issue of my name can be problematic.  That's why, when I turned in my work to one recent show, I wrote in large red letters on the paperwork, "Please use my name as Kathleen Loomis on the signs and programs."  Did it work?  Nope.  The signs and the program said Kathy.

When I turned in my work for another show, I sent along a bio and a list of the quilts provided, both using Kathleen.  I knew the gallery director had consulted my website, which uses Kathleen.  Did it work?  Nope.  The press release said Kathy, and I suspect the signs do too (I haven't been able to visit the show yet).

At one of the shows I had an even more discouraging nibble from the ducks.  A friend visited the venue as the show was being hung and sent me a nice email with a couple of photos.  He thought the show looked great.  But when I looked at the photos, all I could see were a bunch of ugly clip-like things on the top edge of every one of the quilts.  What???? 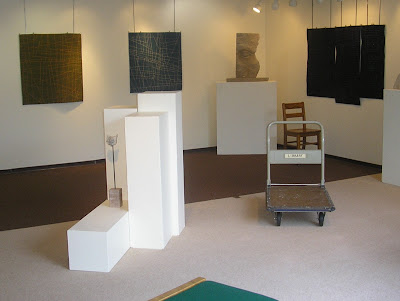 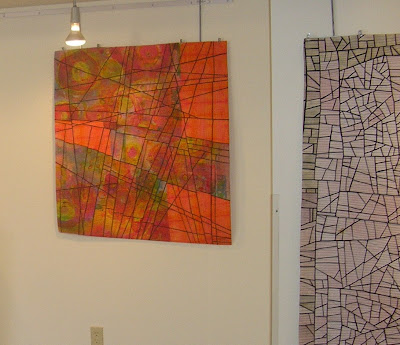 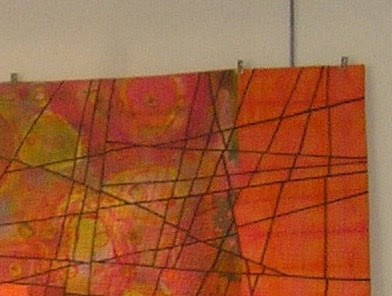 As tactfully as I could, I emailed the gallery director and said I was confused by the clips and hoped they were something temporary during the installation process and "it certainly isn't the way I would like to see them displayed."

She replied "I am sorry that you do not like the clips.  I will re hang the work."  She said the hooks on her hanging system were too big to go through the eyehooks on my sticks.

Did I detect a certain coolness in that response?  Maybe I'm just being crabby.

Then the coup de grace -- in the mail arrived a copy of a quilting magazine that I don't normally see, but had printed a feature story on several quilts in the SAQA Seasonal Palette exhibit.  They did get my name right, but here's how they depicted my quilt: 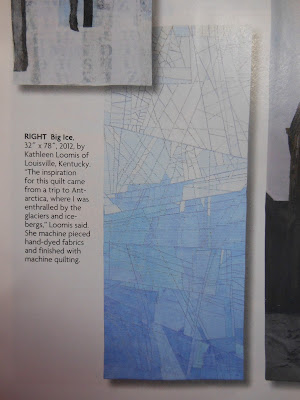 Any one of these petty slights by itself might not have bothered me too much, but four in one week got kind of old.  Quack, quack.