More about the past

I wrote yesterday about the book, "Erica Wilson's Quilts of America," documenting a contest that was held at the American bicentennial.  A few of the winning quilts were distinguished.  The top prizewinner was Jinny Beyer, who went on to fame and fortune as a teacher and author.

Interestingly, many of the photos in the book followed the old-style approach of showing the quilts draped over chairs or otherwise displayed in picturesque settings, rather than just pinned up on a neutral background for photography.  I've written about this trend in the past, because the Modern Quilting folks favor this method of documentation and I don't.  I got beat up bigtime a couple of years ago for suggesting that some of the Modern Quilting types were doing their own work a disservice by portraying it this way.  I thought this was a new and unpleasant trend, but apparently it is an old and unpleasant trend.

So here's the top prizewinner, artfully displayed on a driveway: 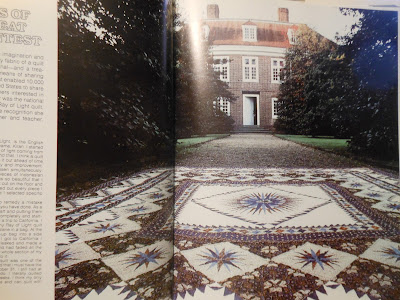 And some other quilts that I thought were interesting, but couldn't tell for sure because I could only see parts of them: 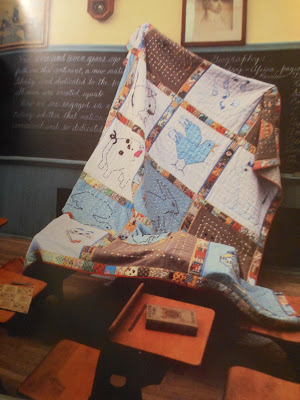 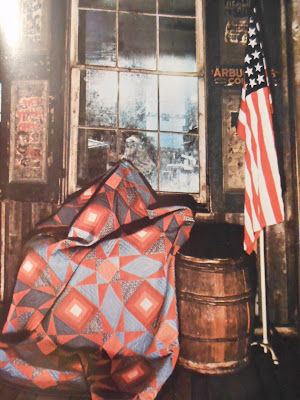 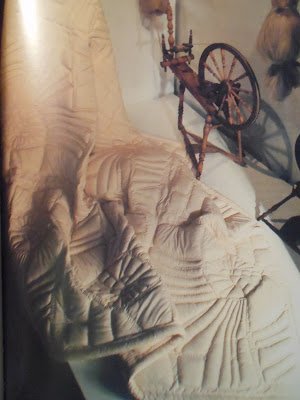 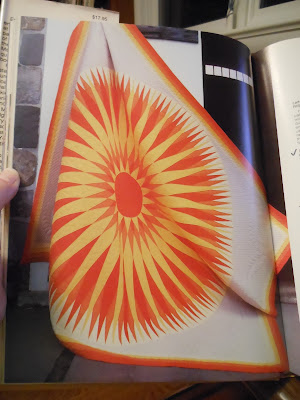 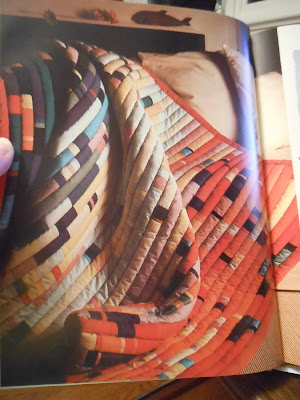 Despite the traditional tone of the entire show, it's clear that quilters in the mid-70s were experimenting with lots of new techniques.  The all-white quilt above was made from polyester knit.  (Reba White, the maker, said it was "a departure from the traditional, but it gave the whole thing a sculptural yet soft, squashy feel.")

The quilt immediately above was one of a genre that came and went in the 70s: a quilt-as-you-go technique in which you sewed one pre-composed strip to a backing fabric, then laid in some stuffing, folded the strip down to cover the stuffing, and sewed the next strip down.  This one, made by Lisa Courtney, looks pretty nifty and I wish I could see the whole thing.


Posted by Kathleen Loomis at 6:37 AM