I wrote yesterday about how the key to a successful blind collaboration -- one where you don't talk to your fellow artist (or even know who it is) when you hand over part one of the work -- is to have no fixed expectations of what that person will do to it in part two. 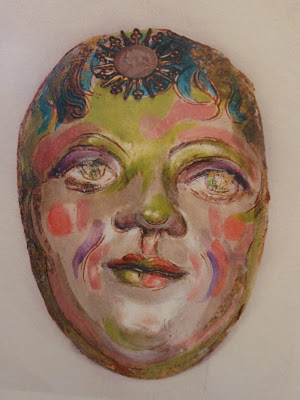 Exhibit A: a painted ceramic mask 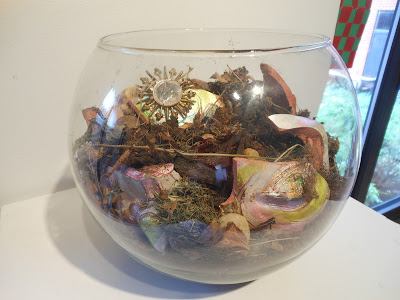 Here's how the work was finished:  the mask was broken into pieces and arranged in a glass bowl with bark, moss, grass, flowers and pebbles 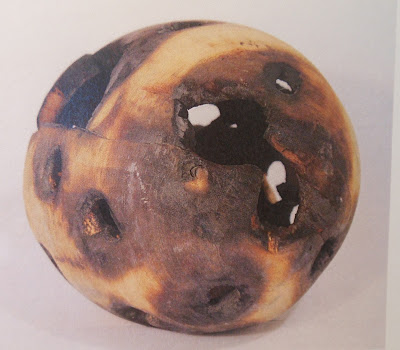 Exhibit B: a hollow ball turned from spalted maple 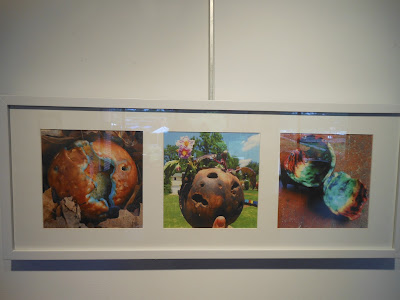 Here's how the work was finished:  the ball was broken apart, covered with encaustic wax, burned, filled with dirt and planted with flowers; photos were made at each stage and displayed as the finished piece 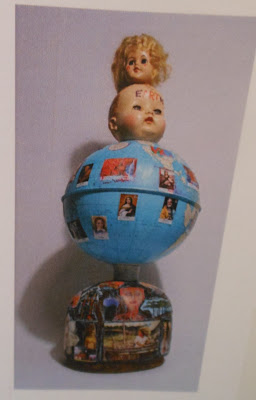 Exhibit C: a mixed-media assemblage including doll heads and a vintage globe collaged with photos 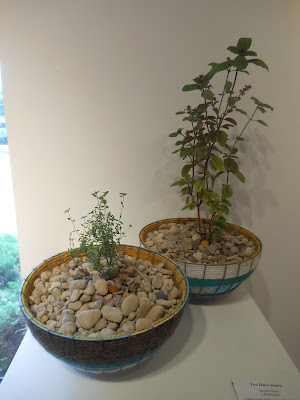 Here's how the work was finished:  the globe was cut in two, wrapped with yarn, filled with soil and rocks, and planted with thyme and basil 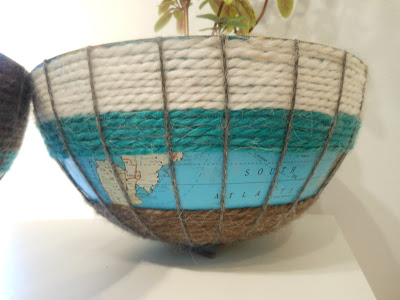 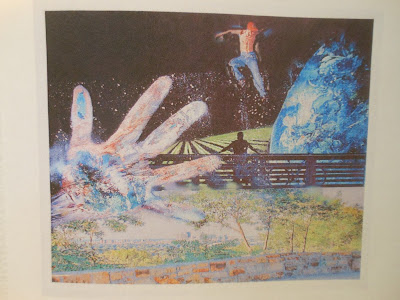 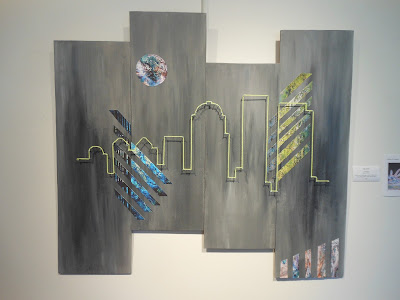 Here's how the work was finished: the photo was sliced into pieces, some of which were mounted on a wood support, overlaid with some yellow yarn wrapped around nails to make an architectural line about a half inch in front of the support.

Two of the part-one artists were upset and stomped out of the opening reception.  Another announced to the world, when participating artists were invited to make remarks, that he would never do anything like this again.  I don't know what the fourth one thought.

So what do you think?  Would you have stomped out?  I'll tell you my opinion after I've heard yours.