Paris museums 8 -- Americans at the Pompidou

I was mildly surprised at how few American painters were on display at the Centre Pompidou.  I know this is a European museum, and the Europeans were always a bit miffed to see New York supplant Paris as the world capital of High Art, but still...

Jackson Pollock, of course, but not his famous drip paintings.  One early work, one late, neither of them "signature works." 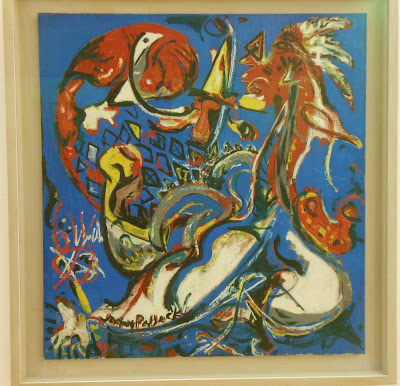 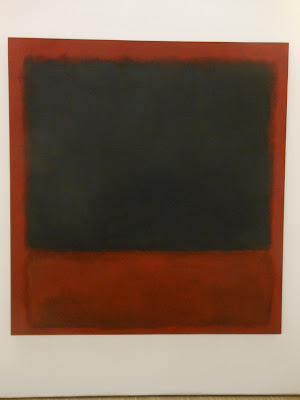 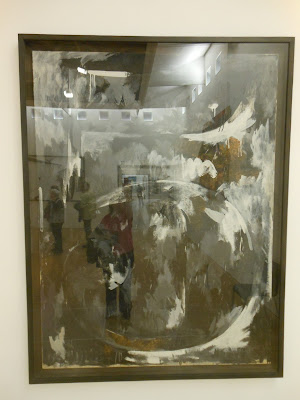 
Apologies for the truly terrible photo, which shows me reflected in the glass as much as it shows Johns' beautiful brushwork over newsprint.  But his number paintings are among my all-time favorites, so I had to show it. 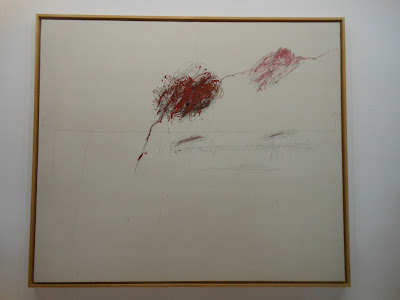 I'll show you more in the next post.
Posted by Kathleen Loomis at 5:09 AM