Museums in Paris 9 -- more Americans at the Pompidou

Although there weren't a lot of American painters on view at the Pompidou (still can't believe they don't have a single Rauschenberg on exhibit) they did have a Warhol and a huge Joan Mitchell, both displayed in prime spots, and a whole room full of Ellsworth Kelly.  (The sign pointed out that Kelly participated as a GI in the Normandy invasion, worked in Paris for six years, and was highly influenced by Monet, Matisse and other French artists.  I guess that makes him almost an honorary Frenchman.), 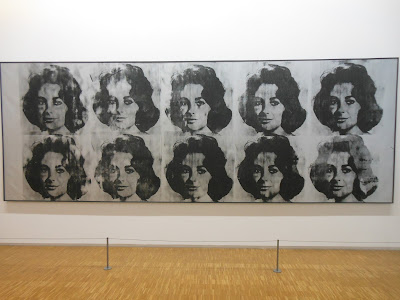 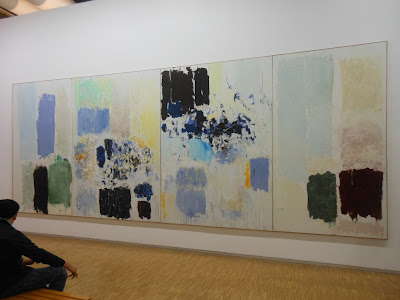 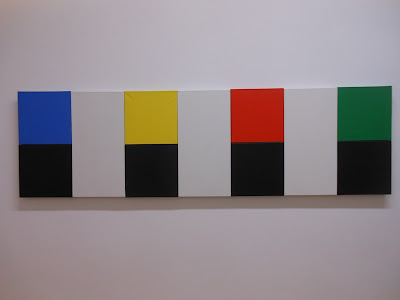 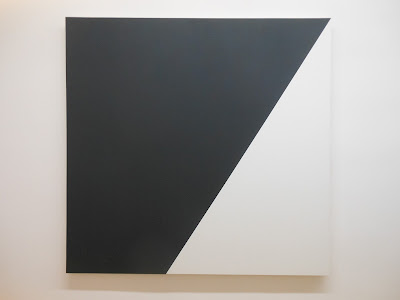 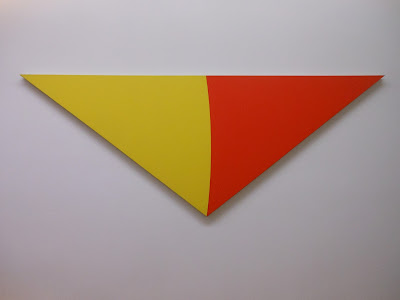 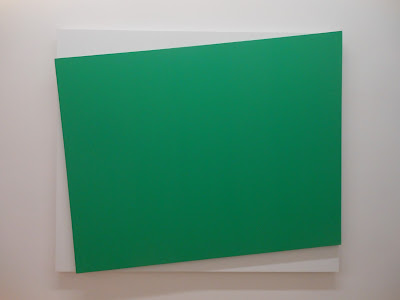 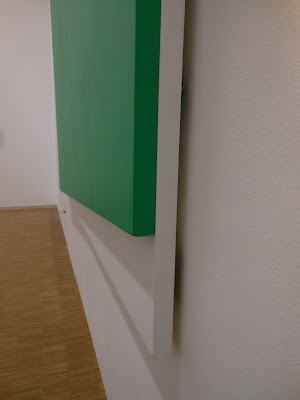 I've written before about my love affair with Ellsworth Kelly, in which I appropriated a motif for a series of quilts.  I have always been drawn to his flat colors and minimal shapes, and it was a fine surprise to find this trove of his work.