Fiber at the Pompidou 4

Here are two installations in which fiber isn't the star of the show, but plays an important role.  Both are by artists associated with the Fluxus group of artists who in the 60s combined visual art with music, literature and performance. 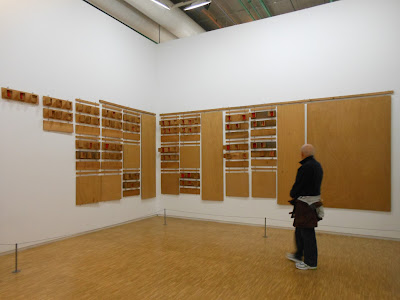 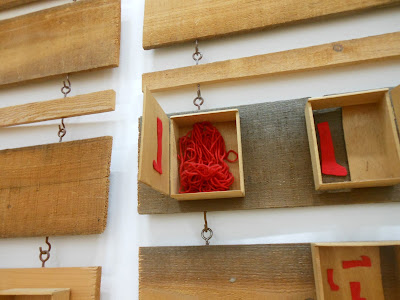 The installation consists of lots of wood cabinets and panels; the recurring theme is a red sock in many different sizes, stages and formats.  I thought it was funny. 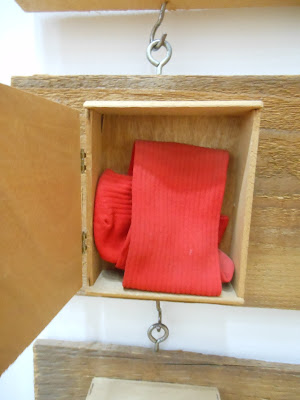 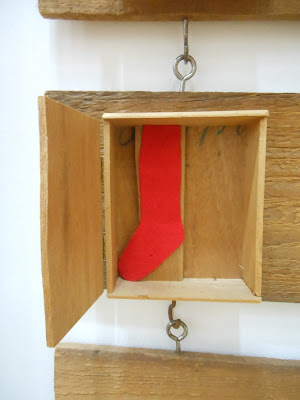 Here's a work by a Swiss artist, Daniel Spoerri, whose shtick is to find a bunch of objects that somebody else arranged or left behind on some horizontal surface, then affix them to a support and display them vertically.  He calls them "snare-pictures" and one of his most famous was the remnants of a meal eaten by Marcel Duchamp.  This one features stuff on a beat-up tablecloth or length of fabric.  The photo is hard to read but imagine you're craning your neck and looking up at the ceiling with the tablecloth spread vertically on the wall above your head. 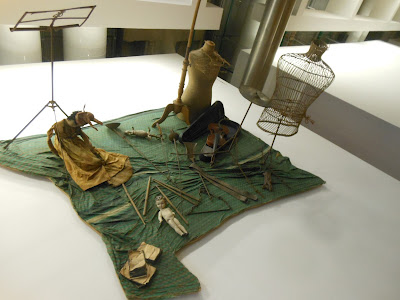 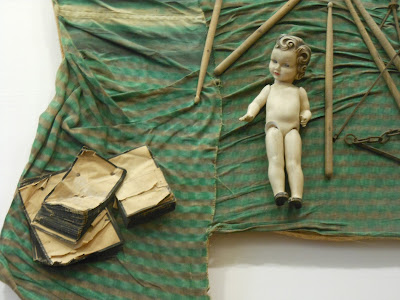