Paris museums 6 -- Miró at the Pompidou

I wrote last week about mistaking a Kandinsky for a Miró, and perhaps this post will prove that I wasn't just being careless in my art history.  Here are a whole bunch of Mirós that look suspiciously like the Kandinsky, blue sky and everything.  Two are from the 1920s, two from the 1960s. 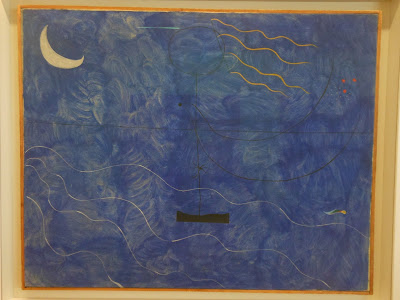 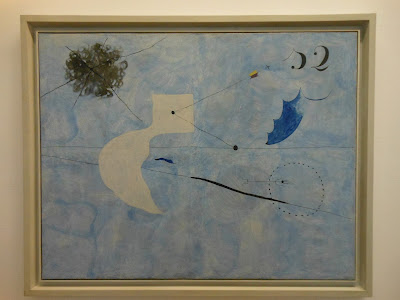 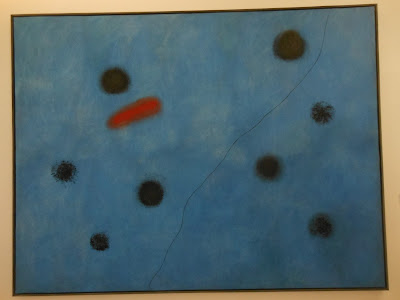 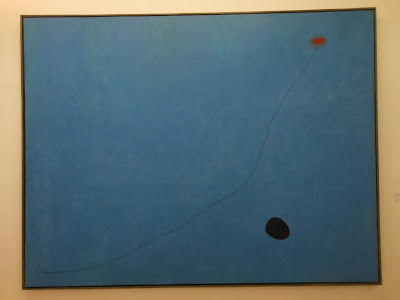 In the 1920s, "He chose this color as the 'colour of his dreams'," the sign explains.  "From the 1960s... Miró returned to large blue canvases ... These monumental works are the fulfilment of his visual and poetic experiments.  The blue opens up an infinite space of vibration and density, at once diurnal and nocturnal, punctuated by pure, minimal signs, like variations in an original language."
Posted by Kathleen Loomis at 5:40 AM