Paris museums 5 -- Kandinsky at the Pompidou

Lots of Kandinsky at the Pompidou, which is fitting considering that the guy invented abstraction and also became a French citizen after fleeing the Nazis.  The more of his work I see, the more I appreciate it. 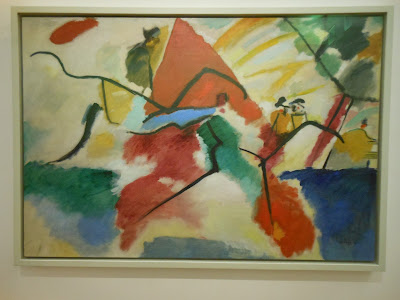 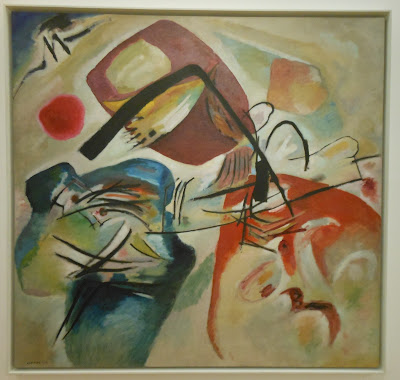 The sign explains, "Kandinsky here asserts that the construction of a painting can be based, not only on geometry, but also on the principle of dissonance.  This fundamental concept, which he discovered in the musical compositions of his friend Arnold Schönberg, was at the centre of his work during the period 1908-1914." 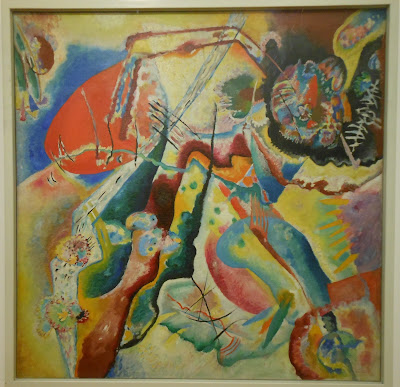 "The composition of Bild mit rotem Fleck revolves around a patch of red," the sign explains.  "The colour refers to the 'red corner' that housed the protective ikon in the Russian peasant house.  The twin trapezoidal arcs at the top of the painting form a bridge between two crucial foci, one perfectly calm -- the red patch -- the other a bouquet of explosive colours on a black background."

These three paintings are such iconic Kandinsky that I was taken aback by this much later work.  At first glance I thought it was a Miró, but no. 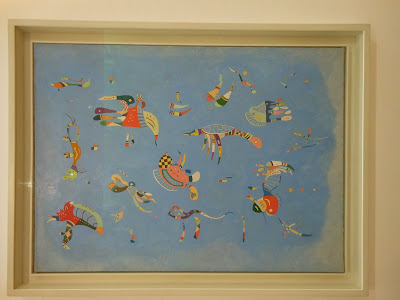 Which proves once again that the great artists can always surprise you.
Posted by Kathleen Loomis at 5:53 AM